Don't Buy The "Sexy" Hype of Many Stock Purveyors 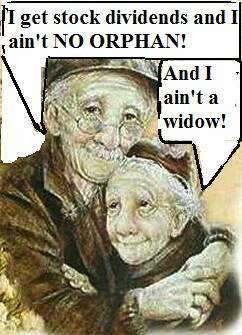 Since the early 1980s, we've witnessed the (almost - except for a few years) constant shrinkage of bank (pass book) interest rates, as well as on CDs - forcing vulnerable people (seniors, those near retirement) to chase yield in risky vehicles for which they were never prepared. The past five or so years with the Fed keeping interest rates near zero (0.25%) have been especially bad as they've had to endure volatile stock markets and next to nothing returns on savings.

This atmosphere drove millions of common, ordinary people into the 'market' who otherwise may never have ventured there. Just as before 1929, millions of ordinary folk were driven into the infamous 'investment trusts' that caused them to lose everything. These 'investment trusts' were the forerunners of today's mutual funds) and then - as now - touted as "the little guy's way to enter the stock market".

Meanwhile, an innominate former stock broker ("Timothy Harper") sounded a stirring warning in his 1999 book ('License to Steal: The Secret World of Wall Street Brokers and the Systematic Plundering of the American Investor' , Harpers) noting the cons and games used to lure the gullible into markets, whether stocks or mutual funds. One tactic noted repeatedly was the use of the language - with words like "stodgy", or "pedestrian" to describe those who stuck with safe investments (like CDs, or money markets or U.S. Treasurys) as opposed to words like "sexy" to describe those who ventured into the markets.

It is easy to work out from these numbers which investor actually fared better over the thirty-year interval according to the study. Hint: it wasn't the sucker in stocks. Unless mutual-stock investors do the math and watch the numbers they cannot be aware of how little they're actually taking home. It is also well for small investors to understand that, to a large degree, they are in a game with a 'stacked deck'. Not only that, but under current laws their investments are almost entirely blind. (The Financial Times, ‘A Metaphorical Proposal’, Mar. 13, 2004, p. 11A by Michael Skapinker, noting "the current reporting system fails to communicate essential information about the real risks facing companies” to the small investor.)

Meanwhile, one of the most enlightening articles that ever appeared in The Wall Street Journal, had to be from Nov. 27, 2003, page D1, 'A Harsh Truth: Most of Your Investments Won't Make Money- Even in the Long Term. " The article observed that after paying fees, commissions and taxes most stock holders fared little better than CD holders over time, a fact made painfully clear to millions over the ten years from 1999- 2009 when the S & P barely returned 1.4% a year.

The situation in stocks hasn't improved since then, and indeed, an analysis of all the current market fundamentals disclose stock investors to be on risky ground indeed. So given this, why are the smart stock investors (those owning actual stocks that pay out dividends) still being mocked in snide ways as owning "shares for widows or orphans". Is there no end to the base resort to despicable language, despite the fact that this is exactly where most people need to be, if they own stocks at all?

Why are dividend -paying stocks derided as for "widows and orphans"? Well, because the high fliers who like to juice their own funds with derivatives and other toxins regard them as "stodgy" because of their steady but unproductive performance (in terms of delivering major share spikes during the years). But ah,...those major share spikes come with terrible downsides, such as major share nosedives! Then, when 401k or IRA little guys lose up to 40% of their nest eggs whose there to hold their hands? Not any of these slick, green eyeshade types, I can tell you! They are off counting all their ill gotten gains in terms of the commissions and fees with which they've soaked the little guys and have been doing since the year dot. See, e.g. John C. Bogle, Fund Fees Are Beyond Excessive, in Mutual Funds Magazine, October, 1998, p. 80.

As a point of fact, the fund fees at the time Bogle penned his piece were barely 75% of where most are now. Fleece much?

But the ones who ought to be laughing or at least jumping for joy are precisely those holding dividend stocks because they're getting something for their investment other than just statements showing losses. Currently, these "stodgy" investors are heartened by seeing dividend yields of more than 4% on many utilities, telecommunications and household goods manufacturers stocks. This is twice as much as the recent yields on 10-year Treasurys.

Most dividend stock experts think this good fortune will persist as long as general volatility, driven by Europe's debt crisis and the global economic stasis (low aggregate demand), continues to grip financial markets. For sure, stocks that pay steady dividends tend to fall less than others during down times, According to Jennifer Ellison, portfolio manager at Bingham, Osborn & Scarborough (WSJ, Dec. 18, p. C1):

"Investors are demanding the money back in one form or the other".


Indeed! In the early 90s, when markets were higher, it became an unwritten code amongst fund companies and stock managers that most investors would consent to do without dividends but then they had to see solid returns via higher share prices. When successive shit hit the investment fan, starting with the Asian currency crisis in 1997, then the 1999 dot com bust, followed by the 2001-02 9/11 collapse and then the 2008 credit meltdown, this word and bond became meaningless - as stock share prices plummeted across the board - and even now stocks' relative peaks exist only amidst the most combustible volatility.

Maybe it's a good time to ditch the "sexy meme" and more people - small guy investors - embrace "stodgy and pedestrian" if not "widows and orphans"!
Posted by Copernicus at 11:25 AM