Christian Bone Pickers Need to Back Off After Chris Hitchens' Death 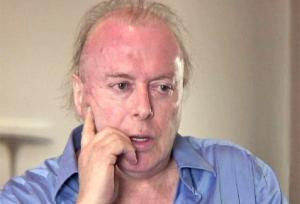 The Christian bone-pickers and God mongers never leave a (dead) bone unturned. This was probably why in one of Christopher Hitchens final appearances (on the Bill Maher HBO show 'Real Time' several months ago), he forewarned that - not being able to ensure his final state of mind - none of us were to trust any words of "final conversion" on his behalf, or even uttered by him (since he might be drugged) that might be promoted by any over eager Christians, anxious to claim his atheist soul for Christ. (He was probably also aware of how the Christian bone-pickers arrived for Antony Flew and expedited his faux conversion after he developed senile dementia).

Well, there were no fake converson opportunities that presented, which is probably the main reason so many of the Christians descended on Chris bones' before they were barely warm, after his untimely death this past week.

Inveterate blowhard-for-Jesus Rick Warren tweeted that “My friend Christopher Hitchens has died. I loved & prayed for him constantly & grieveed his loss. He knows the Truth now,”

Adding his bilge to the Xtian bone-picking, creationist Ray Comfort declared that the now dead “Christopher Hitchens is no longer an atheist.” No, you bombastic buttbrain, now he’s decaying atoms like we shall all be!

“When Christopher Hitchens died, he entered into eternity as every man does: as a beggar at the gates of the kingdom,” and not to be left out, Southern Baptist Seminary president Albert Mohler (the same one who appeared on Phil Donahue’s last show in Oct. 2002 and famously declared that “all unsaved Jews” – having served their purpose “by making Armageddon available for the last battle (in the Valley of Megiddo) – to pave the way for the 2nd Coming- were now hell bound)- tweeted that “The death tonight of Christopher Hitchens is an excruciating reminder of the consequences of unbelief. We can only pray others will believe.”

Well, as one salon columnist put it: “I’m not a brilliant debater like Hitchens, but let me field this one. Death is not a consequence of disbelief. It’s a consequence of living, you moron!”

Well put, Mary Elizabeth Williams! You nailed it! All these bone-picking God mongers are pulling bullshit out of their fulsome Christian asses at the end of it all! The hard truth is that once a life ends, it ends totally. There is nothing left but a decaying husk that eventually decomposes to the molecular level ...and leaves...dust. Of a sort. There are no fancy dancy "souls" winging their way anyplace afterwards, so the issue of future rewards or punishments is moot.

The question then is why are our brains are hostage to this nonsense, and especially to the horse shit peddled by religions? Author Alex Rosenberg ('The Atheist's Guide to Reality') put it perhaps the best way when he wrote (p.8):

"The same Darwinian process that made it hard for us to accept science's answers on things, made it easy to be seduced by religion's answers"

He was referring to the "OAA” –or the orientation association area. The OAA helps create a distinct, accurate sense of our physical orientation to the world, as disclosed by the research of Andrew Newberg, M.D. and Eugene Daquill M.D. ('Why God Won’t Go Away: Brain Science and the Biology of Belief’). But the problem is that this same region so critical for balance and orientation is easily "hijacked" by superstitious mumbo-jumbo.

The authors’ test results and measurements actually showed that as subjects focused on assorted religious images both arousal and quiescent components of their hypothalamus were activated to the point that eventually the OAA was seen to begin to deprive the right orientation area of all neural input not originating with the religious contemplation.

Another upshot is that when such contemplations become entrenched, they preclude any opportunity for other thought to arise, including rational or scientific reasoning. Thus, these critical brain regions become predisposed to supernaturalist gibberish and malarkey ....especially if of a religious or "transcendent" nature. Chris Hitchens was seriously aware of this defect, as are most of the atheists prominent the past few years including: Sam Harris, Richard Dawkins, Daniel Dennett and others.

I also noted this phenomenon in two of my own atheist books, The Atheist's Handbook to Modern Materialism (Chapters 1 and 5) and Atheism: A Beginner's Handbook, Chapter4). I also summarized the key principles by which the atheist abides and which would inevitably drive hard core god mongers to distraction:

- Only one life to live, no afterlife. Hence “reward” or “punishment” in the eternal sense means nothing.

- No souls, only material bodies. Hence, there is nothing to save or survive death in the first place.

- No overriding cosmic force or “Creator” exists to demand a particular code of behavior.

- A meaninglessness of any ultimate human purpose for all the above reasons.

Chris Hitchens also subscribed to all the above, which was undoubtedly known by his Christian detractors and a large part of what spurred them on to write their odious drivel. But make no mistake, their specious consigning of Chris to some after life fairy tale horror abode (confected in their own defective, misfiring neurons) will not assuage them or the reality that they will meet the exact same end as Chris has.....dust, or simply final non-existence.

Yes, maybe there is some final energy that also issues when one expires, but it is the stuff of conjecture only. Even if this energy does exist, it's likely it's nonlocal and hence non-individualized. So identity is neither here nor there, and for all practical purposes the person ceases to exist as anything recognizable.

What I'd advise the sanctimonious Christian bone-pickers to do (and believe me they aren't even fit to lick the bottom of Chris' old wingtips) is read the end of columnist Kathleen Parker's column in today's papers. She writes:

"Among the many things that made Hitchens unique was his precision of thought and expression. What made him rare were his courage and tenacity. He was fearless in the field and relentless in his defense of the defenseless with that mightiest of swords - his pen. Judging from his final essays he was also fearless in the face of death."

What Chris showed the most, and I believe is most intructional for us all, is that we too - if we exercise the will and motivation of higher thought - can overcome the base predisposition of our evolutionary brains to blunderbust and malarkey...especially in the form of the pabulum and sops on offer from religion.
Posted by Copernicus at 10:13 AM