Other Voices Weigh In On The Overturning Of Roe v. Wade

In this post some other voices offer their own perspectives on the latest Supreme Court atrocity: the overturning of 50 years of precedent in Roe vs. Wade.

They’re pushing for a national ban, a prohibition on abortion pills, and a  limit on people’s ability to get abortions across state lines.
----

The Supreme Court decision to strike down Roe v. Wade is expected to trigger new battles between states over abortion access, as women and advocates try to get around newly enacted bans by seeking the procedure out of state and using hard-to-trace medications.  The fights promise to raise tensions between states in ways not seen since the era of slavery, experts say.

Multiple states, including Arizona, Arkansas and Texas, have sought to stem the flow of abortion-inducing pills by making their shipment through the mail illegal. Republican lawmakers in Missouri are considering a bill that would prohibit Missouri residents from getting an abortion out of state as well as penalize out-of-state medical professionals. Model legislation recently released by the antiabortion Right to Life organization would make it a felony offense to help a minor obtain an abortion across state lines.

These steps by emboldened conservatives are raising concerns that cross-border investigations targeting abortion will test traditional law-enforcement cooperation among states.

With its Siamese-twin decisions on Thursday and Friday, the Supreme Court didn't just turn back the clock or flip through the pages of the calendar looking for a new decade — or century — to love. Calling themselves textualists and originalists, they simply put the Constitution through a search engine and told it to look for some key words: Abortion? Uh-huh, not there. Gay sex? Not in 1791 or 1868! Same-sex marriage? Are you kidding?

But guns? Well, the founders spelled it "arms," but we know exactly what they had in mind! The right to walk around with your guns on your hip or slung over your shoulder because you need 'em for self-defense!

It's tempting to say that the justices handed down these two decisions because they could, but what they did and how they did it is even worse: Just a month after 19 elementary school children and their two teachers were shot dead with a semiautomatic military weapon of war, they mumbled about life and provided for the mechanics of death and. over a 24-hour period, set forth the new outlines of an obscene legal regimen.

The Democrats are going full-bore on post-Roe fundraising and the donors are hurling money hurling it at them in record amounts. That formula can actually be counterproductive. Why fight for anything if not fighting fills the coffers? And anyway fighting isn’t the Democratic way.

Again, for the record Susan Collins and Lisa Murkowski, both Republican Senators have authored legislation that they say will preserve abortion rights on a federal level in America. The Collins-Murkowski proposal is likely not perfect but it does provide a potential pathway forward. The Democrats continue to rake in money and ignore Collins and Murkowski entirely. No effort whatsoever to construct a cooperative solution. 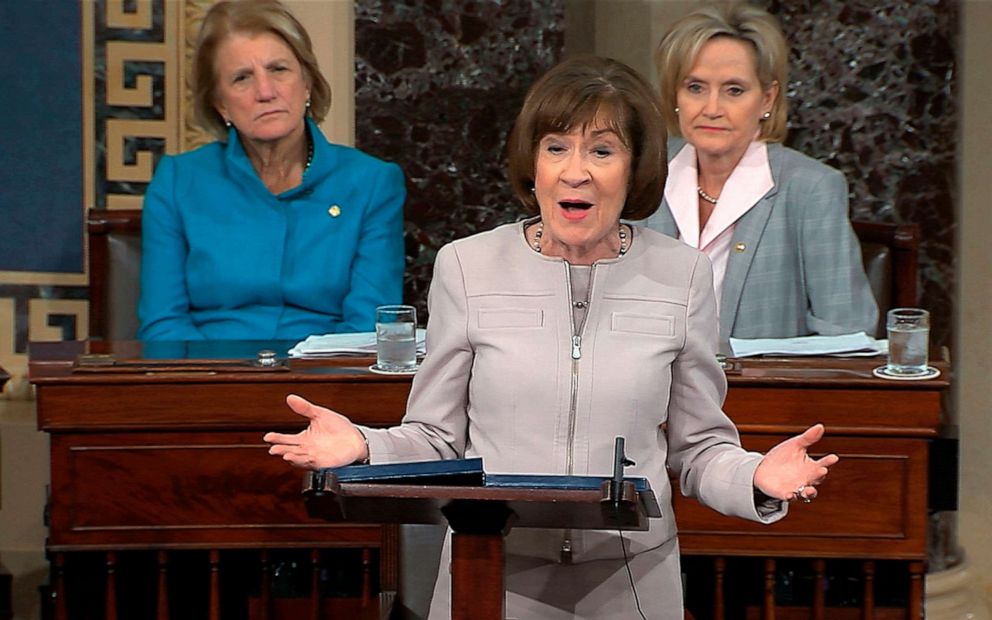 Sen. Susan Collins, ostensibly one of two Republicans who support abortion rights in the Senate, is of course very concerned that the radical Supreme Court has just ended a federal guarantee of abortion rights in the United States, and is very disappointed that the nominees she voted for did this thing. Because, gosh, none of us could have foreseen that Lyin’ Brett Kavanaugh, who lied in two separate confirmation processes, was not being honest with her.

Collins didn’t vote for Amy Coney Barrett. Senate Minority Leader Mitch McConnell let her off the hook on that one because he didn’t need her. He made Lisa Murkowksi do it.

When Collins stood on the Senate floor on Oct. 5, 2018 and announced what everyone already knew already—she was voting for Kavanaugh—she said: “Judge Kavanaugh is the first Supreme Court nominee to express the view that precedent is not merely a practice and tradition, but rooted in Article III of our Constitution itself.”

Supreme Court
Goddamn It and Goddamn Them 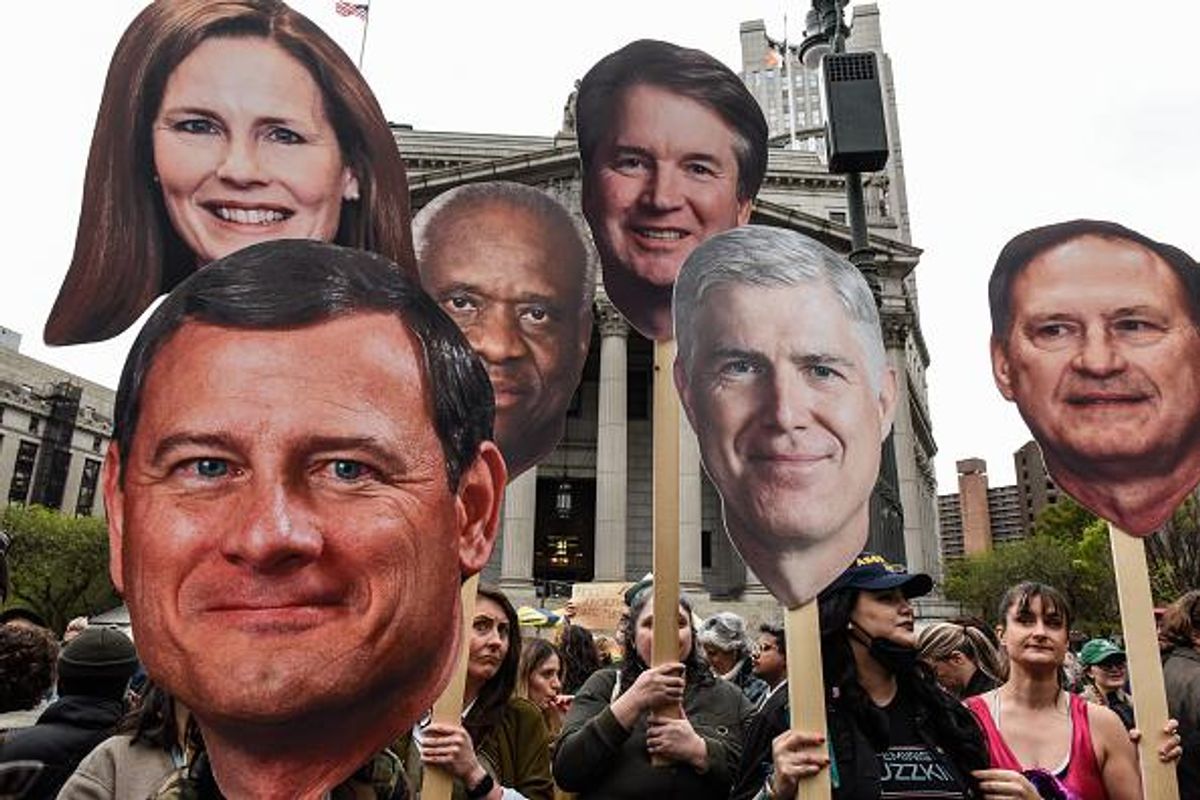 We knew this was coming. We knew it long before Alito tested the waters with his "leaked" hint of what was coming. We knew it was in the process of happening as we watched the confirmation hearings that put those obfuscating fascist prevaricators on the Supreme Court. The so-called "progressives" who could not bring themselves to ever vote for a "Democrap" knew, or surely should have known that they were enabling the eventual overturn of Roe v. Wade, not to mention any number of other retrograde decisions. And no matter how disingenuously they act out their bad faith, the "moderates" like Susan Collins, Joe Manchin, or the old "maverick" and erstwhile moderate John McCain surely all knew what they were voting for when they lent their assent to these court nominees sent up by Republicans.

In its usual fashion, however, Fox "News" report that "liberal journalists rage at Ruth Bader Ginsburg for not retiring." I'm not exactly a liberal, and I'm no longer a journalist, (though I play one on this blog site), but I find that to be a grotesque distortion of who is responsible for this outrage. No one on the left is blaming RBG for this abominable affront to the freedom of more than half the population of the country. It is also the height of chutzpah to allege that liberals are blaming her, though it is clearly consistent with this disgusting zeitgeist in which we all dwell. 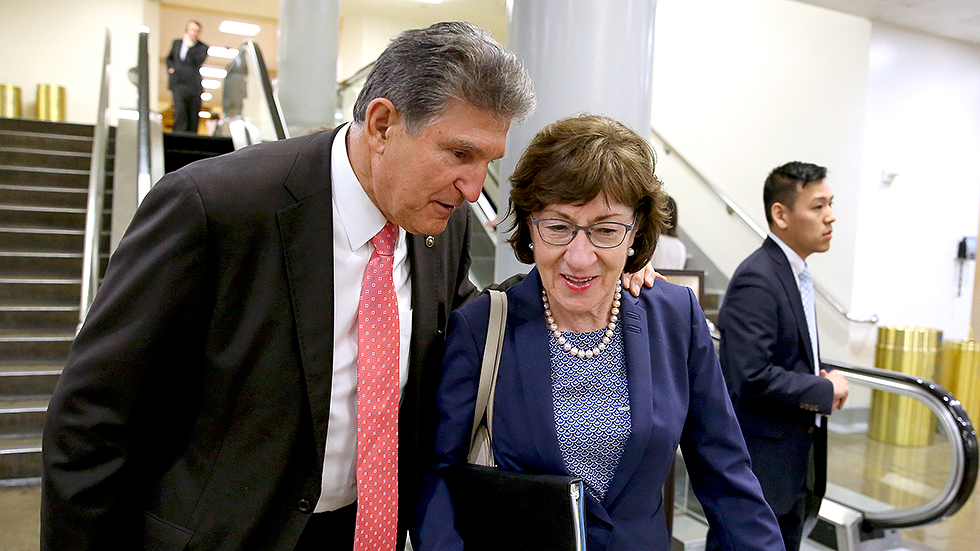 I don’t know about you, but I’m tired of lawmakers trying to cover their backsides when the Supreme Court justices they voted to confirm turn out as bad as the rest of us thought. Today, senators Susan Collins and Joe Manchin say they feel betrayed by Kavanaugh and Gorsuch who, they say, promised during their confirmation hearings that they’d honor Roe v. Wade.

Other Democrats in Congress are expressing outrage at what the Supreme Court just did.

If Susan Collins and Joe Manchin feel betrayed, and others feel outraged, all have an easy fix: They can carve out a reproductive rights exemption to the filibuster, then enact national abortion rights. They could do it Monday. 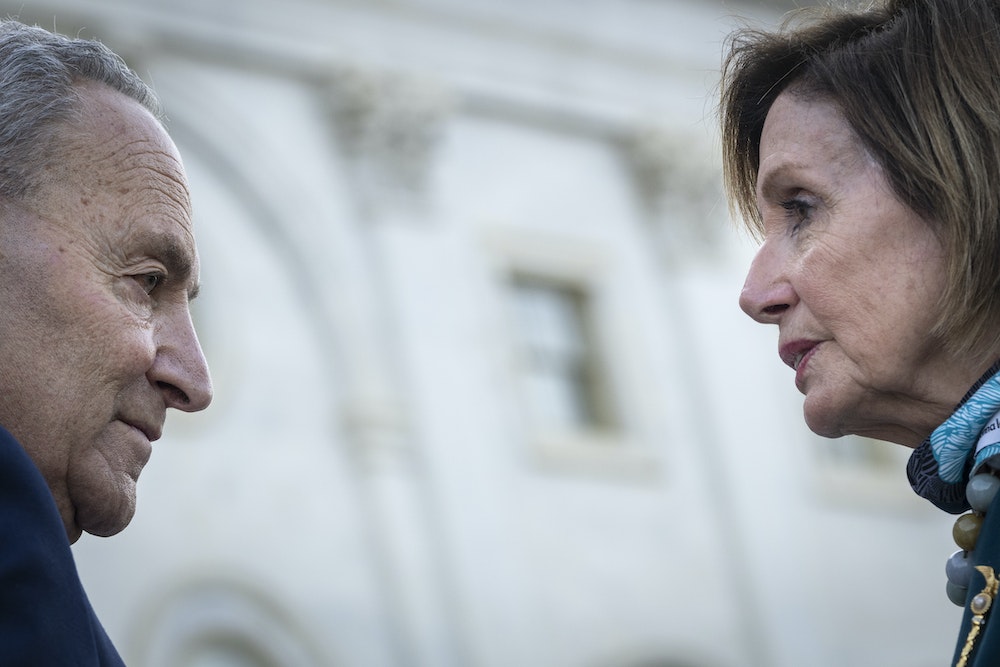 Democratic lawmakers’ response to the U.S. Supreme Court’s destruction of reproductive rights for the nation has been, let’s say less than urgent. Less than cognizant of the absolute earthquake that just rocked us. Less than aware that we are all looking to them to DO. SOMETHING.

Start with canceling recess. Start with acknowledging that the nation is on fire and that it is their job to start putting the fire out. Recognize that that is what we elected them to do in 2018 and 2020. Show us that they understand that we put our faith in them to do this job. We’re paying them to do it. It is their responsibility.

Abortion Rights | Donald Trump
Trump Reportedly Is Not Thrilled About the Overturn of Roe v. Wade Although He Contributed to It

Publicly, former President Donald Trump is taking credit for the U.S. Supreme Court's overturn of Roe v. Wade and ultimately revoking women's rights to legal abortions. But, behind closed doors, he reportedly is not thrilled about the ruling.

According to Rolling Stone, "privately, the former president is anxious about what the end of Roe, and the flood of extreme Republican state-level anti-abortion laws it will unleash, will mean for the GOP’s electoral prospects — and for his own."

Posted by Copernicus at 6:02 AM