From reading several recent op-eds from the WSJ's stable of hacks it's evident they're trying to roll out a new meme to disparage and belittle the House Select Committee's hearings.  That is, anyone but a "dunce" would have recognized all the bluster and fury about a stolen 2020 election was just conspiratorial ideation and bunkum. Nothing of genuine substance or threat to our democracy - other than what jacked up libs are claiming. Well, tell that to AZ House Speaker Rusty Bowers whose family - including a daughter suffering from terminal cancer- was terrorized for weeks after he refused to give in to Trump's demand to toss Biden electors in favor of GOP fake electors.

The latest WSJ Hack humping this crap is Gerard Baker,  in his column yesterday (p. A17)

Opinion: Jan. 6 Pitted a Conspiracy of RINOs Against a Confederacy of Dunces

In another entry in the Right media’s sordid undermining of democracy and exposed for such in yesterday’s hearing.

Among the codswallop discharged by this imbecile yesterday :

"If the past few years have taught us anything they have surely taught us that any process in which Adam Schiff is prominently involved is discredited almost by definition."

What "definition",  you jackass?  Adam Schiff has been instrumental in leading the defense of this nation's democracy and holding a thug like Trump accountable, especially in his eloquent defense of the impeachment hearings, e.g.

What this WSJ Troll Baker is clearly objecting to is Rep Schiff's unrelenting holding of Trump to account for his conspiracy with the Russians to grab power in 2016.  Something that even Harvard Law Professor Lawrence Tribe has repeatedly noted, e.g.

"What we have here is a situation where the Mueller report shows without any doubt that a hostile foreign power attacked the United States in this (2016) election.  That Donald Trump welcomed that attack, benefited from it and then - the last couple of years - tried to cover it up every possible way."

So is Baker going to claim Prof. Tribe is also "discredited almost by definition"?  Of course not, because he'd be howled off his little WSJ pedestal. He tries to get away with it here with Mr. Schiff because he depends on the ignorance of his WSJ readers to buy into it.

The next bit of offal is almost as bad:

"Mrs. Pelosi nearly succeeded. But not quite. Because it hasn’t been Mr. Schiff and his comrades who have made the most effective case against Donald Trump. It has been Mr. Trump’s own, handpicked people."

Duh!  So what?  That is precisely the genius of the Committee at work, in having Trump's own inner circle spill the beans - as I already noted:

This is given the Select Committee knew ab initio that if they themselves related events few - other than partisans - would accept them. That this offends or arouses Baker's ire is laughable. (But perhaps a version of damning with faint - very faint- praise) It's as if he's irate at the inner circle for finding - even if late - the courage to deliver testimony.  Yet he damns the committee later for not including other voices like the 'My Pillow' guy, or Bannon, or Sidney Powell. Sorry, but I will go with the witnesses under sworn oath, not the loonies who spout drivel in a vacuum and many who have refused to appear before the Select committee. It is clear to me Baker has set up a false dichotomy in his 800-word spiel merely to try to impugn the committee's competent presentations.

"The stolen-election theory carries many of the requisite concoctions of all fabricated conspiracies. But none are as implausible as the premise that the people who stopped Mr. Trump from claiming his rightful re-election were all sinister figures conspiring to hand the reins of power to the illegitimate Joe Biden."

What?!  Here Baker impugns Trump's own aides, staff  who came forward - and would be the best to testify - to reveal the nefarious plot of Trump from within.  That they've now come out against him is neither here nor there- they are under oath now, after all, and perhaps finally seeing the diabolical threat to the nation . Which you, Mr. Baker, evidently fail to see.

The very fact the nitwit dismisses  the stolen election tripe of Trump - on which the traitor based a plausible takeover to stay in power - shows Baker's brain isn't firing on all cylinders.  As for "sinister figures" who the hell is he even yapping about?  The only such figures are the ones who have blown off the committee and either refused to appear before it at all, like Steve Bannon, or have merely pleased the 5th amendment like John Eastman.

Is Baker seriously going to actually condemn  Rusty Bowers who testified yesterday  to being threatened (along with his family and a neighbor).  In fact, Baker isn't fit to spit shine Mr. Bowers shoes with his tongue.

"Think about the list of conspirators that you would have to conclude had somehow become late-convert enemies of Mr. Trump (and American democracy) to believe the former president’s story."

That doesn't matter.  The fact is few of the most cogent testimonies - like Rusty Bowers yesterday or Greg Jacobs last Thursday  - were forced to become late "convert enemies" of Trump.  They were holding fast to the Constitution from the beginning. Bowers, in powerful testimony,  recalled speaking to Trump, making clear  that he “wouldn’t do anything illegal for him.”   Why would he given - despite being a supporter of Trump (who voted for him) he actually believes the Constitution is divinely inspired.  Akin to his own bible, in other words.  Does Trump believe that?  Nope - only that the Constitution is a piece of paper - toilet paper, to wipe his ass on.  Do Americans believe that too? We will have to see.

Back in 1973 the Watergate hearings were universally televised because there was only one media- informational landscape.  Three networks existed then (CBS, NBC, ABC) and all broadcast them from morning to evening. There were no isolated 'pet' cable stations like FOX today, which could spin lies and propaganda at will to a gullible, deluded enclave.

This is also why Gerard Baker is totally wrong when he suggests "dissenting voices" needed to be on the Committee. No, they did not.  Those, like Jim Jordan, would merely have converted the hearings into a screaming match circus. This was also why the Watergate hearings had zero dissenting voices.  Chairman Sam Ervin knew that would be the best recipe to wreck them and merely sow confusion when the primary aim was to clearly inform Americans what their president was doing. Which is what the Reeps and spinning WSJ hacks like Baker want to do now: keep too many blinded, accepting the GOP as a normal party when it isn't.  It's a vile personality cult that extols power over patriotism.

Baker, before he recycles this 'confederacy of dunces' codswallop again, needs to read Thos. Edsall's piece: 'Why Conspiracy Theories Flourish in Trump’s America' in today's NY Times, especially where he writes:

"The stolen election conspiracy has, in effect, become the adhesive holding the dominant Trump wing of the party in lock-step. This particular conspiracy theory joins the network of sub-theories that unite Trump loyalists, who allege that an alliance of Democratic elites and urban political machines have secretly joined forces to deny the will of the people, corralling the votes of illegal immigrants and the dead, while votes cast by Trump supporters are tossed into the trash."

Above all, yesterday's hearing revealed Trump to be the driver and instigator of the conspiracy Baker dismisses Not merely a hapless fool swept up in something concocted by his minions.   His guilt is proven by his relentless intimidation and thug tactics to terrorize local officials like Brad Raffensberger, Rusty Bowers, and others like Ruby Freeman and her daughter-  into giving away their state electoral votes.   Everything possible needs to be done to ensure this traitor never again gets near the seat of power.

4 takeaways from the fourth Jan. 6 hearing

Those ignoring the Jan. 6 revelations are guaranteeing more violence 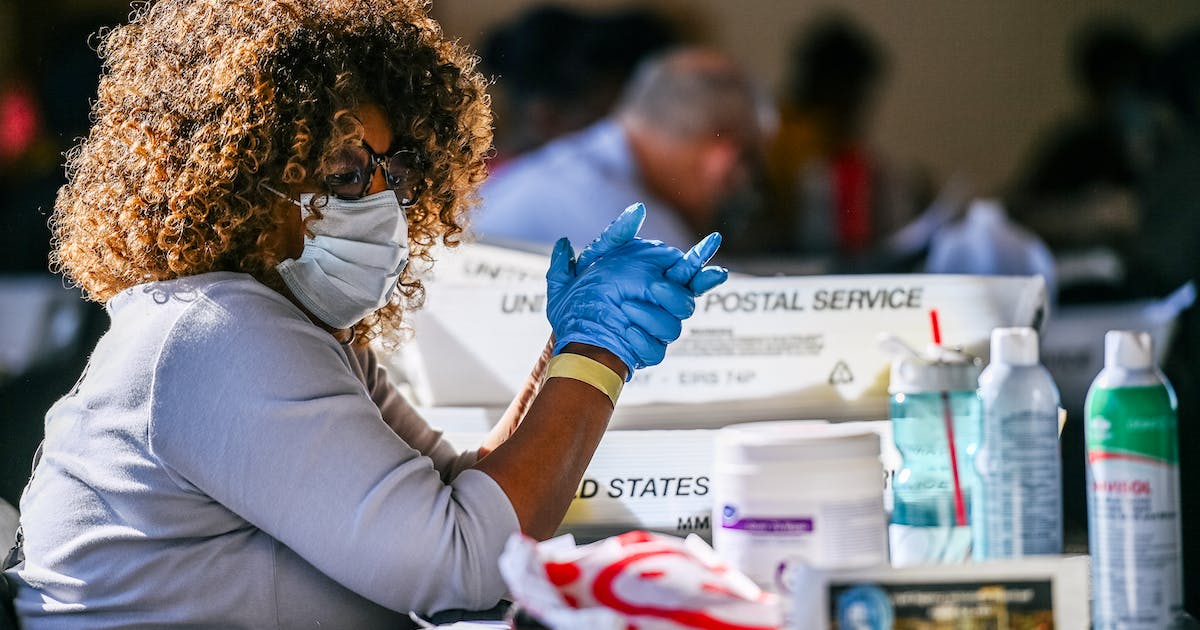 [Note: originally posted on December 6, 2021 and reposted today because of its relevance to current events. —jt]

As with the Mafia and NRA, let’s make unspeakable Trumpist election overthrow ploys way too expensive

And:
Donald Trump
The Moral Case Against the Big Lie: Trump’s Targeting of Americans Laid Out in Jan. 6 Hearing
by Amanda Marcotte | June 22, 2022 - 7:30am | permalink 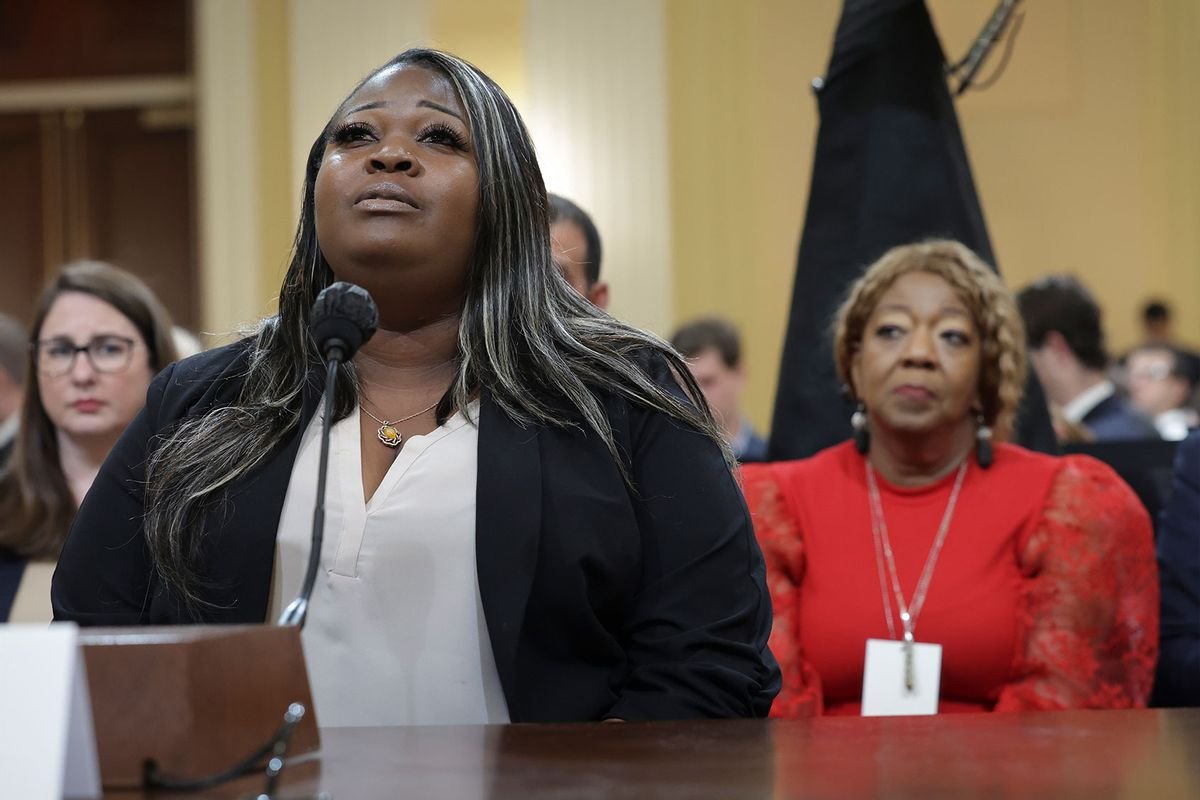 And:
Donald Trump
Trump and His Allies Are 'A Clear and Present Danger to American Democracy'
by Steven Harper | June 22, 2022 - 6:43am | permalink 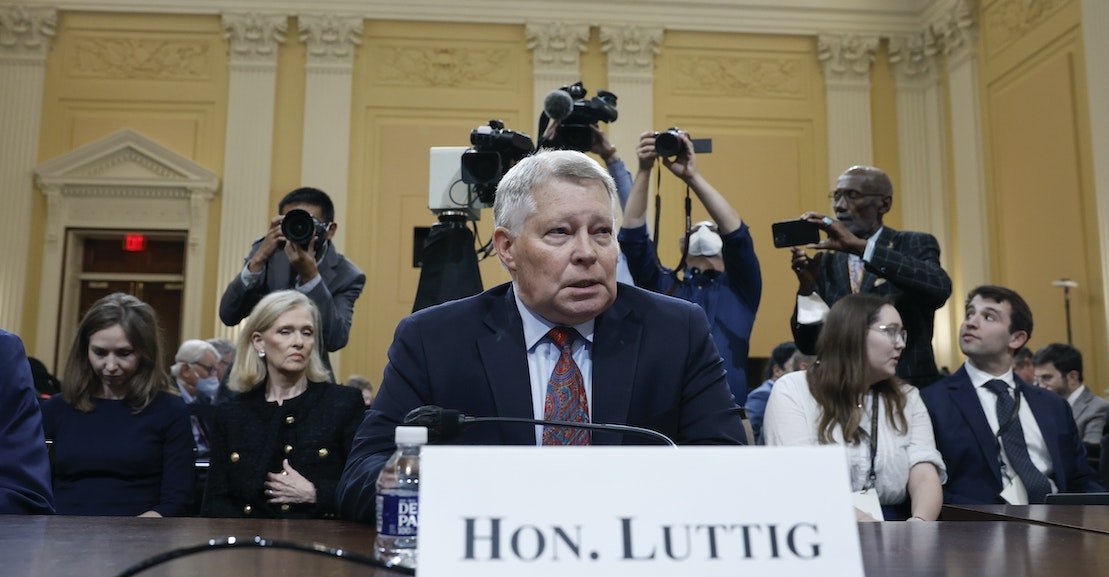