Physics Is A "Troubled Field"? Not As Much as Biomedical Research And Psychology

Image of  artificial CME successfully produced in laboratory experiment in 2016. Is physics a "troubled field"?  Only in the opinions of those who know little or nothing about it.

I confess I was rather mystified on reading the recent reviews of two books by physics superstars: Stephen Hawking ('Brief Answers to the Big Questions') and Martin Rees ('On the Future').    These appeared under the banner 'Serious Doubt On Serious Earth' in the WSJ Review section (p. C12, Oct. 20-21) by John Horgan.

Horgan, after giving reasonable reviews of each book, then writes:

"The low esteem in which science and scientists are held is having serious consequences."

True, but only in some fields - not all. Case in point, Horgan goes on to note:

"Both authors fail to mention science's wounds are at least partially self-inflicted. In 2005, statistician John Ioannidis presented evidence that 'most published research findings are wrong'"


Now that is flat out false, and leads the unwary reader to believe all the sciences are publishing error- prone research. In fact,  Joannidis - a meta -researcher- was focused almost exclusively on the credibility of medical research.

In effect, his investigations found that much of what biomedical researchers concluded in  their published studies was often misleading, exaggerated or flat wrong. These included studies related to the prescription of antibiotics or blood pressure meds, treatments for back pain, surgery recommended for heart conditions, and advice concerning consumption of fiber and more or less meat.   See e.g.

The "crisis in replication" as he refers to it is also rampant in psychology. Thus, three years ago in a NY Times report ('Psychology's Fears Confirmed: Rechecked Studies Don't Add Up')   we learned of multiple failures in that discipline including (according to author Benedict Carey):

- The journal Science pulled a paper on the effect of gay canvassers on voters' behavior because of faked data concerns.

Added to that one also learned (in the same piece)  of a painstaking yearlong effort to reproduce 100 studies published in three leading psychology journals, finding more than half couldn't be validated. According to author Carey (ibid.):

"The vetted studies were considered part of the core knowledge by which psychologist understand the dynamics of personality, relationships, learning and memory"

Note at no point does physics or  its subdisciplines enter into any of this. The beauty of physics is, in fact, its robust quantitative basis which often provides a rigorous cross check on the experiments or observations. (Nearly all of them tied to quantitative models.) Because it isn't merely the outcome of one or more experiments that must be considered, but also the governing quantitative and theoretical dynamic. How can a model be expressed in consistent, quantitative form that gives body to the interpretation of the experimental data? If that quantitative model is defective, then more than likely the whole experimental set up is as well.   So given nearly every physics publication is quantitatively based then there are inherent checks on the model and the capacity for replication.

Take as an example, the astounding replication in the laboratory of an artificial  coronal mass ejection (see top image).  This marked the first time ever solar researchers successfully generated an artificial coronal mass ejection in the laboratory as part of a plasma experiment. The researchers, Ha and Bellan, used a plasma gun in concert with an artificial strapping field to create their own flux ropes in their lab and from these CME-eruptions inside a vacuum chamber.  The strapping field itself  (that field which secures or holds back any emerging flux ropes) had to be carefully computed so that it decayed as a precise function of height. The reason is that the pair needed to generate the most likely instability - called the "torus instability". One self-consistent geometry is shown below as proposed by proposed by DeMoulin and Titov.

Assume then the detailed toroidal structure is initially in equilibrium, what happens to trigger the torus instability? Well, according to one variation proposed by Yuhong Fan, the configuration becomes unstable to an expansion  D R, when the toroidal radius R attains a critical dimension relative to the separation of the charges +q and -q.

Specifically, one will be looking at the decline of the potential field   B q  with R and when it becomes critically deep.   This is evaluated using a decay index with torus instability occurring when the condition holds:

In respect of their CME -generating experiment, Ha and Bellan would likely have taken these considerations into account to a suitable scale to create their strapping magnetic field that decays with increasing altitude.

The point here is that the replication basis of the model as well as the demonstration could easily be checked for self-consistency and adherence to the physical principles.

Incredibly, despite this, we are informed by Horgan :

"But physics, which should serve as the bedrock of science, is in some respects the most troubled field of all. ...Over the last few decades it has become increasingly disconnected from empiircal evidence."

He then makes the mistake of citing the "proponents of string and multiverse"  conjectures - which of course grab most of the highlights in the corporate press.   But what about the Parker Solar Probe launched Aug. 12 which will provide us new and hitherto imagery and insights into the dynamic nature of our nearest star?  He doesn't mention that space mission at all. Nor the fantastic discoveries of hundreds of exoplanets by the Kepler telescope.

Nor the recent huge success of the Cassini -Huygens mission to Saturn. 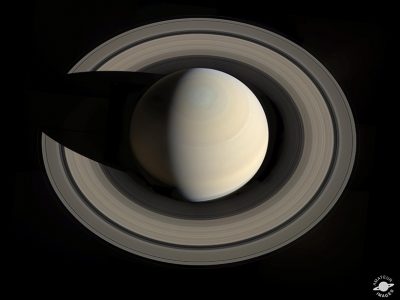 Cassini-Huygens changed the game when it found complex hydrocarbons on Saturn’s ocean moons, hinted at hydrothermal vents on Enceladus, and revealed a cycle of liquid methane on Titan. The bottom line is, ocean worlds encapsulated by ice are now more propitious targets in the broader search for life beyond Earth.

If Horgan would have also taken the time and trouble to peruse recent issues of Physics Today he'd have born witness to dozens of new,  empirically validated discoveries, which seldom make the news like string theory or multiverse conjectures.  These have included:

QED experiment detects two distinct photons simultaneously resonant with an optical cavity  (and with one of two electronic transitions of the same atom)  (August, p. 14)

'Use of Xenon isotopes to track volatile recycling in Earth's mantle' (October, p. 14)

Granted, none of these are especially 'sexy'  or exotic but all give the lie to Horgan's claim that physics has somehow become unmoored from empirical evidence.  The error made by Horgan? Focusing too much on the attention -headline grabbing stuff as opposed to the more prosaic but equally important findings.

Because of this selective attention he also commits the logical error of fallacy of composition:  attributing to the whole a characteristic or property that only applies to a part. Hence, concluding erroneously all of physics is somehow "troubled" because he perceives certain deficiencies in two exotic areas.  (Which he also egregiously describes as "modern physics" when string theory and multiverse concepts are only a part, and a very speculative part at that.)

Never mind, Horgan's 'Debby Downer' take, there is plenty in modern science- and certainly in physics-  to enlist and attract the best minds, and fuel their continued curiosity.