Harvard Rescinds Admissions To Ten Right Wing Garbage Purveyors - But This Is No 'Free Speech' Issue! 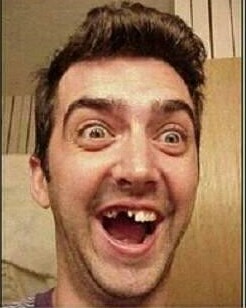 Let us acknowledge that even if you are a Nazi-worshipping maggot of the Right, and perhaps have half a brain  - you will have your Harvard admission rescinded if the "memes" you post are extreme. Such as the case with ten incoming Harvard freshmen who had their places rescinded by the university for sharing a series of ultra-Right, proto -fascist "memes". (Actually, more consonant with depraved eruptions from the respective lizard brains of the participants.)

This was clearly compliments of a pro-Trump knuckle dragger who has problems with immigration, and Mexicans in particular. It is right that Harvard spotted this refuse, as well as other offensive garbage on the site (e.g. a Rabbi shown along with the caption: 'Why don't Jews eat p*ssy? - Because it too close to the gas chamber).  What were these arrogant little turds thinking? Did they truly believe they'd never be found out? Did they truly think that disgusting "joke" is a meme?

Jessica Zhang, who is also about to join Harvard’s Class of 2021, left the group after seeing what was being posted in it. She told The Tab: “Some people replied with ‘lol’, a fire emoji or ‘omg’ and found them either funny or shocking…more and more people began leaving the chat when they saw those memes.”

In fact, in line with what I wrote above, I would not even call them "memes".  They are plain, revolting brain expulsions with no chance at all of being replicated or circulated - at least by sane and sensible people. The first explication of the meme  was in the Chapter, 'The Kingdom and the Darkness' in the book, Chance and Necessity' by Biochemist Jacques Monod (Collins Books, UK, 1970)

1) Performance value (what change does the mind virus bring about in a person's behavior?)

2) Propagation value (How far and wide is the mind virus spread and what means are employed to achieve this? I.e. fear of "Hell", fear of physical retribution (stoning, beheading in Islamic enclaves, etc.)

3) Infectious value: (How easily are other brains infected with the mind virus? What specific attributes of the mind virus facilitate this infection?)

I warrant the "memes" circulated by the degenerates who had their Harvard admissions rescinded met none of these. The very fact Zhang notes "more and more people leaving" discloses the impact one of revulsion than replicating them. (Though to be sure we can't prove that, but I do suspect these kids learned that this was filth they didn't wish to get into)

The assorted garbage - not memes - included jokes about the Holocaust (see the one example above), pedophilia, suicide, racism, school shootings, and bestiality, were apparently among those linked to the rescinding.  I have only shown two in this post to provide the context and basis for Harvard's rescinding. Again this is distinct from a free speech issue because unlike the U.S. - Harvard (like most universities) determines its own standards and honor codes. If these students had taken the time they'd have learned that according to Harvard college admissions policies, the university  "reserves the right to withdraw an offer of admission if the admitted student engages or has engaged in behavior that brings into question their honesty, maturity or moral character.”

So, if a student or students don't comply with them then yes, they can have their admissions rescinded. Btw, the little dolts caught by Harvard would also be advised that in the course of job screenings, corporations do exactly the same thing, i.e. examine your Facebook page, timeline, posts. They also will Google you to search for affiliations, positions they may not tolerate and feel free to rescind any employment offer if they don't like what they see. A word to the wise: what you think is cute or clever in a FB post, can be toxic to your career.

Perhaps now, entitled pro-Trump fascists in the making will think twice before glorifying or circulating their garbage - believing they are immune to repercussions.