The Original Nativity- Before Jesus Christ's

Over a thousand years before the birth of Yeshua - which Christians celebrate today - there was the birth of the Lord Mithras. In the oldest extant version of the Izeds (28 in number) appearing in the Zendavesta, Mithras was born on December 25th of the Virgin, Anahita. The Zendavesta, literally "text and comment," is the doctrine of Zoroaster (Zarathrustra), comprised in eight parts, written at different periods, but of which the earliest have been assigned to the date of B.C. 1200-1000. In its present form it was collected by Ardeshir, the founder of the Sassanian dynasty, from oral tradition, at the time when he re-established the ancient religion of Persia.

While we have a scattered collection of works in the Izeds, much of what we've learned about Mithras has had to be pieced together by painstaking investigation over many decades. As scholar F. Zindler notes, "no specific works of Mithraism are known since like other Mystery Cults, it centered around a secret or body of secrets only known to those initiated into the rites. Most of our knowledge of it is derived from the iconography of its temples”.

Other documents related to Mithraism had likely been in the great library at Alexandria but this was totally destroyed during a massive raid by Christian invaders. A number of ancient authors (e.g. Porphyry) bemoaned the catastrophic destruction of many of the original works at the hands of the Christians. Why would this have happened? Most likely because Christians couldn't tolerate the notion of an earlier "God -man" born on the exact same day and of a virgin to boot.

This hostility is exposed  in the original writings of Church fathers, including Tertullian, Justin Martyr and Julius Firmicus – all referencing Mithraic scriptures and references therein. And not with any beneficence. For example, after describing the “Lord’s Supper’, Justin Martyr evinces outrage as he writes (from my Loyola Comparative Theology notes):

A careless Christian reader might jump to the conclusion that the Mithraists copied from the Christians, but this simply isn’t so, on closer examination. The refutation of this notion inheres in the language of the same trio of Christian Fathers. They all speak, for example, of resemblance of Mithraic rites to Christian rites as being “the imitation of devils”.  But why such an obscure use of language, when they could simply have stated the Mithraists IMITATED their own works, and done? Why the need to introduce devils? This presumes a supernatural influence over and above ordinary human copying.

An answer becomes manifest when we examine more closely the words of Justin Martyr, who expressly argued that "the demons ANTICIPATED the Christian mysteries and prepared PARODIES of them BEFOREHAND"! (Pagan Christs, p. 118)


"When I hear that Mithra was begotten of a virgin, I understand that the deceiving serpent also counterfeited this!"

But let's apply basic logical reasoning here. Justin’s own words: "ANTICIPATED the Christian mysteries",  can mean only one thing: he KNEW the Mithraic version PRECEDED the Christian version. What he said also underscored the arguments from Tertullian and Firmicus. He was so incensed that the Mithraists trumped the Christians' Savior myth on the timeline, that he attributed this to demonic work, aka the "imitation of devils".

All of this would have been much more widely known had the Christian invaders not pillaged Alexandria and destroyed his venerable Library.

In Carl Sagan’s COSMOS, Episode 13, ‘Who speaks for Earth?’ he recounts the killing of Hypatia, one of Alexandria’s foremost woman scientists and also the library’s burning. J.M. Robertson ('The Origin Of Mithraic Mysteries: Cosmology and Salvation in the Ancient World', Oxford Univ. Press, 1989) suggests than more than 300 manuscripts documenting the role of Mithras’ disciples were likely destroyed around the same time as Hypatia’s martyrdom. 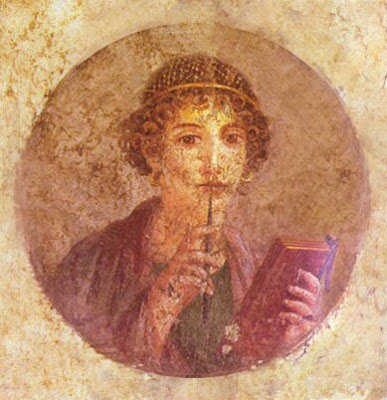 Other aspects of Mithraism that later filtered into the Graeco-Roman world (in the form of emergent Mithraic cults) undoubtedly came from the Izeds,  as well as other "musterion" texts  likely destroyed with the burning of the library at Alexandria. (See, e.g. J.M. Robertson’s ‘Pagan Christs’, 1966) . Many scholars believe the greater details including Mithras’ disciples, the full recounting of his miracles: including walking on water, raising the dead, changing water to wine etc. were in those destroyed manuscripts.

"The celebration of the Mithraic mysteries, of the burial and resurrection of the Lord, the Mediator and Savior, the sacrament of bread and water...all these were in practice long before the first Christian Gospel of a Lord who was buried in a rock tomb."

Re: Mithras' birth date on Dec. 25th, one should note that just as Jesus' date of birth (putatively on the 25th December) was ahistorical, most likely Mithras'  birth was as well. The assignment of ancient god-man births to this date is understandable given the ancients' investment in agriculture, and the Winter solstice marking the day of shortest daylight giving way to increasing lengths of day through Spring. (Perfect for planting in the northern hemisphere).

What about the way in which Christians have consistently copied images of Mithras and used them for Jesus?  E.g. 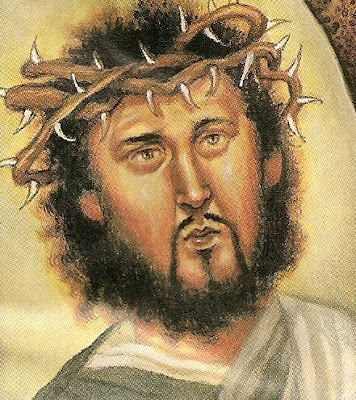 
"The Christian imitation, took place, be it observed, because the features imitated were found by experience to be religiously attractive."

It’s clear from this that the Mithras myth sticks in the craw of many biblical literalists and even orthodox non-literalist Christians, since their dependency on the notion of one unique "Savior" exposes their egocentric certainty they have the one "lock" on "truth" via the one "savior" that came for all mankind. But their lack of historical perspective omits that an earlier savior existed and was worshipped and that the latter nativity, God-man miracle myth was copied from it.

Today, what Christian believers ought to be doing is THANKING the Mithraists for providing a ready- to -use template for Christian copyists and re-translators to build their "Savior" myth on, and have everyone convinced he's unique and the only one that ever was. (Which this blog post seeks to refute.)