The Perfect Embodiment of Christianity 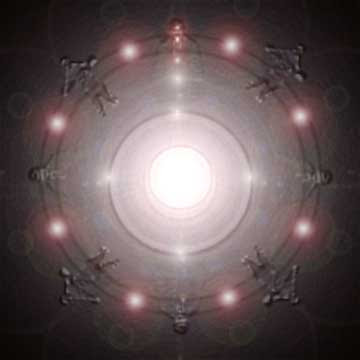 In Science of Mind there is only one ultimate reality, called "Universal Mind". Because this one reality embraces all, there can be no spiritual winners & losers. There are no "damned" or "unsaved" because the unity of Being permanently connects all beings, none are lost. The goal of each person is to become a Christ.

Having invested a lot of blog space and time on negative aspects of religions, especially Christianity, it is good to focus on at least one positive manifestation.

In the 11 years immediately after I departed the Catholic Church (in 1967), I searched for other alternatives- including evangelical, Anglican, Russian Orthodox and Christian Charismatic- before coming upon one that to me embodied what Christianity and its message was all about. This was the Science of Mind, originally developed and explicated in its principles by Ernest Holmes.

My father-in-law (now deceased 25 years) was a follower of the ‘Science of Mind’ and it is what I would call “sane Christianity” since it is devoid of the demented and poisonous “Hell” doctrine. As Ernest Holmes notes in his book by the same name, on “Reward and Punishment”, p. 383:


“We need fear nothing in the universe. We need not be afraid of God. We may be certain that ALL will arrive at the same destination, that none will be missing. Every man is an incarnation of God.

The soul can no more be lost than God could be lost. We should neither be disturbed by the wailing of prophets, nor the anathemas of theology. We cannot believe that because we have subscribed to some creed, we have thereby purchased a seat in heaven, nor can we believe in any vindictive or malicious power in the universe. We believe in God and that He is Good.

What more can life demand than that we do the best we can and try to improve. If we have done this we have done well and all will be right with our souls both here and hereafter. This leaves us free to work out our own salvation without fear or trembling.”

And indeed, my father-in law went to his rest with no trepidation, no trembling and no foreboding or fear such as exhibited by those Bajan youngsters in the Jenkins asylum, referred to in a previous blog. Someone once opined, “by its fruits shall you know it”.

By Science of Mind’s “fruits” - I have at least beheld “whole and decent fruit” in a religious manifestation, as demonstrated by my father-in-law and others. OTOH, all I beheld was toxic fruit from Hell-pandering Christianity in the evangelical church I once attended. One must therefore regard it as false, and pernicious, like its “fruit”. Similarly one must regard its pastors as False Christs. Any purported spiritual teaching – as Bishop J. Sponge has noted, which employs fear tactics to garner support, can't have a real God on its side. A real God doesn’t need to play the fear card, nor do its minions.

How does Science of Mind differ from other, more toxic forms of Christianity? I think – based on my four years involvement- it comes down to its teaching principles. Among these are the following:

1) The is no single authority for truth, or source of truth. Each religion's book of revelation then is part of the total truth picture, not the only one. Thus the Hindu Upanishads, the Jewish Talmud, the Muslim Qu’uran, the Christian Bible all bring a facet of truth, and together their truth approaches a whole.
2) There is no Heaven’ or Hell, only a unified Universal Mind after death, which displays a holographic consciousness. This fully comports with the findings of quantum mechanics which disclose reality is nonlocal, not fragmented. Despite our perceptions, there is one unified whole not a "good and evil " part. These are only artifacts engendered by our deficient sensory apparatus which magnifies temporary appearances out of proportion.

3) “Sin” does not exist as an isolated act but as an erroneous mode of thought (negative faith). Once this thought is corrected, the spiritual alienation underpinning the errors is removed.

4) The Science of Mind practitioner takes literally Christ’s statement that “No one can come to the Father except through me” – not in the sense of “believing on” Christ, but actually BECOMING a Christ unto oneself. Thus, whole parts of the Science of Mind teach people how to become Christs, leading to the actual miracle working potential via a simple creation formula: Thought + Belief = Creation.

5) In Science of Mind, the Christian fundamentalist is viewed as a person trapped in a limited thought, error –based purview who is in need of spiritual healing. The fundamentalist’s cocky and arrogant stance (that he is privy to the true word of God) is actually a defense mechanism against making peace with his own mind, and thereby the Universal Mind. The fundamentalist’s caustic judgment and criticism is actually a manifestation of his separatist, apartheid -like, "we and they" thought.

6) Actions such as “witnessing” are alien in the Science of Mind context, because its practitioners believe that one’s ACTIONS speak louder than words or pandering. If one therefore lives the good life, as a spiritually whole stalwart, other people will naturally be attracted to this example and want to learn more. There is no need to intrude or trespass on another’s mental reality and certainly this is verboten if one isn’t already setting a pinnacle example of how to live.


What Science of Mind showed me is that it’s possible to have a religious manifestation which isn’t mind-controlling (via fear mongering) or cultish, but which seeks to show people how to improve their lives, their thoughts and relations with others. It proved to me that an atheist can be respectful of certain religions – or at least some of their affiliates, because they advance the progress and psychic development of humanity rather than retarding it.

The most refreshing aspect of Science of Mind to me was its benign nature, losing the yen to always separate people into “sheep” and goats” – the carryover of a primitive mind.

There don’t have to be spiritual winners and losers, those who “sit at the right hand of God” or the “left” because there is only one unified Mind and we are all a part of it. Just as the elements of a hologram make up the whole, so do we all with respect to Universal Mind.

As I remember again my father-in-law and his effort to make life better for all with whom he came into contact- believer and non-believer alike, I remember the Science of Mind which made him the decent human he was. Never ever did he condemn or harshly criticize anyone- even me after I veered away toward atheism. He merely accepted it with grace and dignity saying, I had "chosen a different path, but one that is right for me".

In how many other Christian or religious venues will one hear words like that? I warrant not a whole lot. With a mindset like that we could halt the religious hate and warfare overnight.
Posted by Copernicus at 11:32 AM