A World Of 7 Billion: Not So Nice! 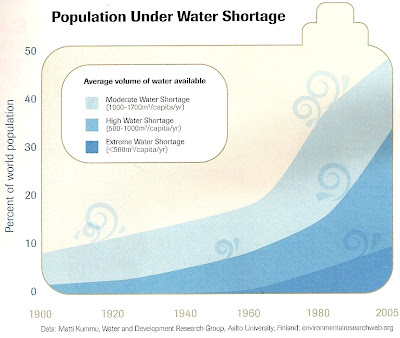 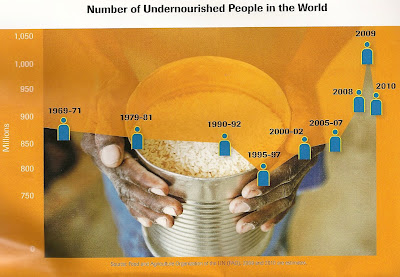 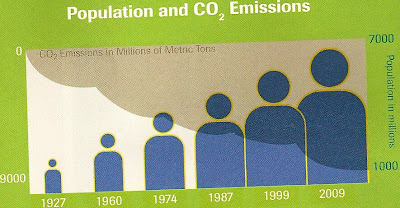 Roughly on the date of October 31, 2011, according to the UN Population Fund, 7 billion humans will inhabit the planet. This will represent the latest in an exponentiating increase of humans - all competing for fuel, food, water and jobs. To put it in perspective, according to demographers, the world's population didn't reach 1 billion until 1804 - that is more than five thousand years from the first agricultural societies to get to 1 billion!

Depends on which perspective you take! According to the Pew Research Center, in a report released last Wednesday, U.S. birth rates are declining owing to the recession. The analysis, based on data from all 50 states and the District of Columbia, suggested women were putting off having babies while the economy was weak.

Well duh! I mean, if you can't even feed your existing family, say of two kids, why in the world would you add a third and have to worry over that extra mouth to feed too?

Others, mainly of the Right, have seen these stats as a bad omen. Since their economic model is predicated on capitalism - which requires an endless procession of "consumers" for its products - say to keep the GDP stable (70% of GDP is provided by ordinary consumption), then it stands to reason it will want as many of these consuming "units" as possible. Since the young are the greediest consumers, the preference will always also be for new babies as opposed to more old people! It is also obvious that this shtick carries over to their other arguments, including the canard-based one that we need ever more workers to support the benefits of elderly beneficiaries. They fret that the current ratio of barely 3 workers to each retiree is not enough.

Nowhere, certainly in the corporo-media, is any of this codswallop skewered as it ought to be! For example, demanding endless consumers requires massive impacts on the natural resource base, including oil, to support the manufacture and distribution of said products. At some point, putatively passed in 2005 (the date for Peak Oil applied to conventional oil stores) there must be diminishing returns and there are.

As we've also seen, when major financial crises strike citizens have no choice but to pull back in spending, in order to pay off existing debts etc. With this comes a harsh realization, as expressed by one letter writer in today's WSJ (p. A16) that: "30 years of unhealthy income distribution has led to too many years of artificial living standards built on credit".

Indeed. so the question becomes:Why - in an era with proclaimed "higher efficiencies" do we need more people to support social insurance beneficiaries? The reason is that instead of using capital for job formation it has been used for war making, for speculation in risky markets using risky devices (derivatives) and sending the capital overseas to support foreign jobs instead! Thus, the claim we "need more workers" must be taken with a grain, because the actions of our pols and companies don't support or resonate with that contention.

The other part of the argument that falls apart, is the fact the more worker promoters don't grasp they are endorsing a population Pyramid scheme. Because if we push American females to have 15 million more kids - then what will we need to do to support them in their old age? Obviously we will have to massively cut their benefits, or bring in millions of foreign workers. Then...who will support them...or do we just intend to tell them, 'Hasta la vista! You've been useful to helping us, now go home!"

Another weakness of this argument: How can you assert there is a need for more workers to support Social security recipients, when there are already 24 million under- or unemployed? How about hiring that lot first, before demanding women make more babies which will merely add to the expanding surplus labor force. (Indeed, the country's added population since 2000 is about 20% higher than the total number of the unemployed.)

The actual fact, as the graphics attached show, is that the planet can ill afford more people! One of the grossest effects has been the human impact on ecosystems. Over the past 50 years alone, humans - by thier numbers and consumption - have altered more ecosystems than any other period in history. This has been primarily to meet rapidly growing demands for food, fresh lumber for shelters, fresh water, and fuel. Fuel is an especially parlous resource. As Geologist Colin Campbell has pointed out, we're now consuming about 31 billion bls. a year with about 7 billion humans, but by 2050 - when the world is expected to have 9 billion, there will only be a supply of about 14 billion bls. a year. In other words, the supply will be more than halved, as the population is 22% larger.

This is a recipe for a crash, a population crash, since then the extra 22% will not be able to find enough food, water, fuel etc. to survive. Water is obviously the biggest constraint. In the ‘State of the World’ report (2000, pp. 46-47), it is noted that the ever increasing water deficits will likely spark “water wars” by 2025. As they note (p. 47):

“When a country’s renewable water supplies drop below 1,700 cubic meters per capita (what some analysts call the water stress level) it becomes difficult for the country to mobilize enough water to satisfy all the food, household, and industrial needs of its population.”

The same State of the World’ report notes at present rates of decline and even without factoring in the worst global warming influences – the number of people living in water-stressed countries will rise from 470 million to 3 billion by 2025. More than a sixfold increase. Add in projected new climate change data and likely effects (see. eg. recent issues of Eos) and the stressed populations increase nine or tenfold.

Meanwhile, the latest meme to emerge, from Nicholas Eberstadt, is that we don't really have a population explosion but a "health explosion". E.g.

He insists we shouldn't be fretting over third world population growth but rather the increasing number of humans in all nations able to live longer because of health enhancements, treatments and prevention.

So what, should we take all the elderly and line them up at the age of 65, then shoot them? Is that the implied solution?

The crux of the argument is the world’s population profile is being transformed by a very different sort of demographic phenomenon than poor people's birth rates: namely, a growing and seemingly unstoppable worldwide march toward sub-replacement fertility, population aging, and (in a growing number of countries already) long-term population decline. Well, mayhap the guy didn't check out the Sunday Denver Post population story ('7 Billion and counting') and the photo of a Ugandan's family with 14 children.

Adds an expert demographer (John Bongaarts) quoted in the piece, in referring to the coming population spike in Africa:

"Most of that growth will be in Africa's cities and in those cities it will be almost all in slums where living conditions will be horrible."

In addition, because the production of babies will outpace job creation, vast hordes of young people in Congo, Uganda, Zaire, Malawi, Burundi etc. will join "rebel" gangs, be issued AK-47s and told to fight for their freedoms. Of course, they'll also be told that includes raping and plundering. Such are the spoils when there is too great a demographic imbalance caused by poorly thought out population plans.

By far the worst aspects will manifest when both Peak Oil and climate change attain their respective critical points (or catastrophe cusps), which I project to be at or near 2025. We will then be experiencing massive disruptive climate upheaval across the planet almost every month, even as the energy supplies needed to abate it - or even reconstruct afterwards- are almost nil.

People, fasten your seat belts, because you will need them!
Posted by Copernicus at 1:58 PM