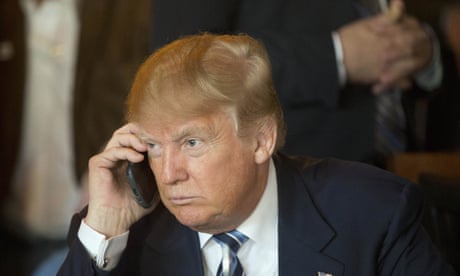 Would you stand in an Alzheimer's ward writing down every babbling syllable a patient spouts and spend hours trying to interpret it? Then why would you waste brain power trying to make sense of a Trump tweet ending in gibberish?

A headline greeting many news readers around the world this morning was the following:

And then it really sunk in how the 45th "president" has truly dumbed down a large segment of this nation and many throughout the twitter world.   Let's put a perspective on this: a semi drunk guy in a kind of stupor falls asleep with cell phone in hand and his potentially 140 character message abruptly terminates with 'garffocylafhfy'.

Are millions going to go nuts wasting gray matter trying to figure it out? Well,  no. Unless it's maybe issuing from the president of the most powerful nation on Earth. Then too many twitter followers will bite and wonder if it's a secret code or something. But in Trump's case we know what it is, or should have: gibberish, baby talk. nonsense.

IF I had a twitter feed, and I don't because I don't subscribe to cartoon media, I would have instantly deleted this garbage and chalked it up to another midnight Trump brain fart. Undoubtedly unleashed when a renegade neural embolism imploded - likely deep in his amygdala (given the first part of the tweet had the characteristics of another anti-press tirade).

But other millions have taken to besieging their brains trying to figure it out.  Incredible! One journalist actually had the insane temerity to headline his column with:

'Covfefe is now a word. Deal With It'

Uh no, Roscoe, it is emphatically not a word. It is the random, spontaneous brain burp of a 70 -year old infant who really needs his twitter feed to be monitored by an adult. It is no more a word than any random babble issuing from a drunk on the street or an Alzheimer's patient on his ward. Would doctors be jotting down every brain burp for the latter and seeking entry for it into the Oxford Dictionary? I don't think so.

When Janice and I visited her cousin Desmond for the last time in 2010, we realized quickly that coherence in communication was not possible for an Alzheimer's patient. We let Desmond babble in baby talk and nodded our heads, but we didn't make any notes of any special "communications". Because there weren't any, it was gibberish. The same applies to Trump's "covfefe".

The very idea that a page bearing such twaddle  was refreshed millions of times as Twitter users blinked at their screens in confusion is beyond belief.  It also shows me people need to put this baby toy away and start reading serious print material for a change, lest their brains rot or regress like Trump's obviously has.

What really transpired here?  To use the words of one writer: "The president of the United States had once again typoed his way into the early hours and the world’s befuddled consciousness."   But no sane person who has a decent lexicon or vocabulary should have been "befuddled" any more than Janice and I were when we saw Desmond for the last time 7 years ago.  And as I noted in an earlier post, it is quite possible Trump also has Alzheimer's, e.g.


So given that likelihood are we now going to lose our minds trying to parse every late night brain fart he emits?

And look, unlike  Trump's previous classics such as  “unpresidented” and “honered”, this time the mangling was so complete there was no meaning, period. It wasn't even a case that "it wasn't clear what he meant".  He didn't "mean" anything because it was a random verbal fart released from a regressed brain.  If one is serious or intelligent one doesn't try to make sense of dog barks or baby talk. It's a waste of time.

Trump’s tweet went thus: “Despite the constant negative press covfefe”, and that was it.

Incredibly, some "keyboard detectives"- with too much time on their hands -  have pointed out that the strokes needed to type “erage” are vaguely similar to “fefe”, and that would fit semantically with the rest of the brainfart. So, boringly enough, he meant to type “coverage”. But it was too late. Covfefe was born.  No, it was not, for the sentient among us it was flushed into the vast ether of jettisoned internet babble, bunkum and codswallop.  However, the take of the "detectives" noted above does seem to carry the most substance.  So we may surmise Trump wished to type "coverage" but then quickly passed out before he could complete it.  That's being generous, btw.


But for god's sake let's not get carried away like linguist Gretchen McCulloch who noted that "existing words give us very little guidance, and that the sequence of the voiced phoneme /v/ and unvoiced /f/ make for some tricky articulatory acrobatics."  Puh-leeze! Give it a rest, don't try to make sense of nonsense. At least not unless you can offer a much much simpler hypothesis like the keyboard sleuths.

Trump doesn't tweet anything but brain farts. This was perhaps the least objectionable that he's posted in a long time.

Indeed. And it happened to be the one he likely didn't even complete in a conscious state. Yet he has half the twitter universe wasting brain power trying to figure out its meaning.