400-plus Planets and Counting 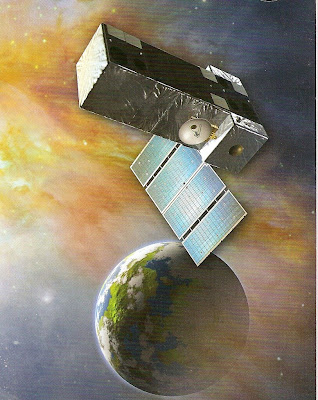 The latest news, that European astronomers have identified 32 more planets outside our solar system is fantastic! This now makes the total number of "extra-solar" planets discovered over four hundred.

The spacecraft used for the exo-planet discoveries is shown in the image, and is known as the "SIM-Lite Astrometric Observatory". Sim-Lite itself is a targeted, precision astrometric telescope with a single measurement accuracy (resolution) of 1.0 micro-arcsecond. This is in an operational (brightness-magnitude) domain of -1.5 to +20. Its end of mission accuracy is 4 micro-arcseconds.


Astrometry, for those not aware, is the sub-discpline of astronomy concerned with the fine details of position measurement. In the case of SIM-Lite, the position calibration features are being used to identify the location of exo-planets. It basically focuses on some distant stellar system, maybe 50 light years away, and then identifies ay telltale oscillations or motions around the stellar object. Such movements are the signals for a planet revolving around the given star.

The telescope is operated by the ESO or European Southern Observatory.Six of the 32 newly discovered worlds have been found to be several times more massive than Earth - based on their residual motions. Most planets discovered so far, to be sure, have been Jupiter-sized or larger, meaning the surface gravity is likely too great to support life as we know it. ESO Astronomer Stephane Udry said the results thus far support the theory that planet formation is common, especially around the most comon types of stars (Main Sequence, especially F, G, K spectral classes).

Indeed, especially intriguing is that some 40 percent of the planets of sunlike stars (with the classes denoted above) have planets that are closer to being Earth-sized than Jupiter-sized.

Udry himself has said: "I'm pretty confident that Earth -like planets are everywhere".

The question remains, of course, as to how close any of these Earth-like planets are. And that introduces a wealth of further questions: Do any of them have intelligent life? If so, at what stage of development are they relative to us? Do they have science like ours? Do they have religions, or have they dispensed with them? And what about "saviors"? Do they need those, or are they grown up enough to manage their lives without them?

Alas, we'll likely have to wait for the first radio messages in response to our own questions to find out. And that may be several lifetimes in the offing, unless they land directly on Earth first!
Posted by Copernicus at 1:43 PM