Nov. 7th: What Will Anti-Obama Whackos Do After A Big Obama Win? 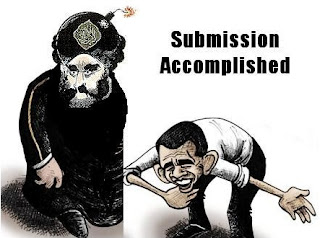 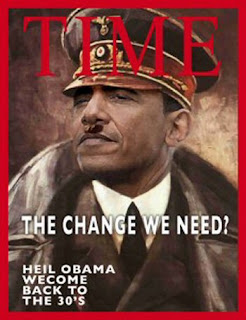 Above: A couple of the recent images posted by whacknut anti-Obama Reich wing bloggers. What will these fruitcakes do when their man Willard Mitt loses in 4 weeks? Hint: Likely commit themselves to insane asylums or be forcibly committed after they go bonkers!

After perusing the web only a short time it doesn't take a psych degree to witness the extent of the Obama Derangement Syndrome. One can witness it in full ugly throttle, just waiting to erupt after Nov. 6th.  I post merely a couple items from the blogs of these whackos above and readers can judge for themselves.

What appears to be the case, is as the polls more and more show this a shoo-in for Obama, Romney's Zombies are losing it big time. They are going off half-cocked in dozens of attack directions but can't make their fetid minds up on settling on one. At first it was the economy, then Willard Mitt had to play defense on that following the exposure of his paying only capital gains tax on his own rentier income and shipping millions of jobs overseas.

Then there was the Libyan attack which Mitt and his underlings attempted to parlay into political points to no avail. Most sane and temperate people saw the attacks on a sitting President trying to man the nation's defenses (and who did take out Osama bin Ladin) as unseemly.

But going over the warp and woof of the political landscape the past several weeks there were plausibly three turning point - or tipping point - issues, that led to Mitt's demise:

1) His convention was a debacle - no other words can describe it. Letting a senile blowhard like Clint Eastwood give the intro speech was particularly terrible judgment as it took the spot light off the Romney's propaganda to paint themselves as poor widdo ordinary folksies, no big wigs.  The Dem convention by comparison was a rock show.

2) On the heels of the convention and even before, the Dems were able to successfully paint Willard Mitt as an unsympathetic, arrogant vulture capitalist who cared little or nothing about economic small fry - other than to ship their jobs off to China or shutter their factories for his own profit after declaring bankruptcy. The Bain Capital travesties, indeed, still follow him like the lingering stench of a dead skunk.

3) His "47%" remark to a bunch of rich assholes in Boca Raton basically sealed his fate and proved that the Dems' painting him to be the out -of touch scumball he is as totally correct. That was the coup de grace.

The collapse of Romney's political -electoral capital has followed almost wholesale from that remark which dismissed nearly half the voting population as "victims" and "government dependents". The people have also seen those remarks now replayed so they don't forget them, on dozens of ads in Florida, Virginia, Ohio and here in Colorado.

Yes, Obama could still lose this election, but it would have to be via unforced as opposed to forced errors. If any occur they will likely be during the debates but I don't expect any. Obama knows that far too much is on the line not to be fully prepared. Besides, he has a 'sparring partner' in John Kerry who will be a good double for Romney even if Kerry's IQ is 50 pts higher.

And the Romney Zombies and their lackeys? Watch for a mega-freak out of mass proportions. We just need to have the straight jacket and ECT machines ready!
Posted by Copernicus at 6:42 PM