Gene Editing With CRISPR To Get Junior Einsteins and Super Athletes? Not A Good Idea. 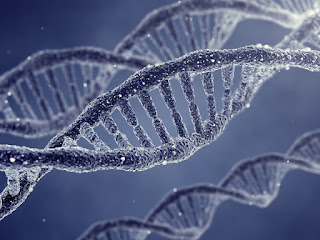 What enormous marvels might await our species if it becomes the only one to master CRISPR gene editing technology.    In the words of  Walter Isaacson in a WSJ Review piece ('What Gene Editing Can Do For Humankind',  Feb. 20-21, p.. B1):

"After more than 3 billion years of evolution of life on this planet one species (us) has developed the talent and the temerity to seize control of its own genetic future.  We seem to have crossed the threshold into a brave new world, summoning up images of Adam and Eve biting into the apple, or Prometheus snatching fire from the gods."

Well, maybe.  And as Isaacson goes on to point out there is much good that can come from such CRISPR editing.  CRISPR - let's recall - stands for  "clustered regularly interspaced short palindromic repeats"  and serves as the immune system of bacteria.  Basically it's been used by them to fight off viruses for over 3 billion years.  To wit, in their DNA bacteria have the capability of producing clustered, repeated sequences (CRISPRs) that can recognize and then chop up viruses that attack them.

Recognizing this capability in bacteria, creative humans then decided to see if the technique could also be applied to rectifying errors in the human genome.  For example, to edit out serious mutations such as produce sickle cell anemia.  In fact, as Isaacson observes:

"Victoria Gray, a Mississippi woman, was effectively cured last year by removing some of her stem cells and editing them with CRISPR."

In such beneficial and humane applications, there seems to be a consensus that it is morally and ethically judicious to render such help using the technology.  The problems arise when - as Isaacson asks:

"Why not go further and allow parents to enhance their children, giving them higher IQs, stronger muscles, greater height and a preferred hue of skin and hair"

The problem with this in the realm of social justice as well as bioethics ought to be clear:  If CRISPR is used to help offspring attain societally recognized superior traits or attributes then it means another - even more malignant- form of inequality is triggered.  In this case "legacy genetics" now added to the advantage of legacy admissions (i.e. to elite universities) for the already entitled top 1 percent.  Can an already divided, polarized society such as ours afford this luxury of genetically superior preference?  I doubt it.

Let's also be clear that such genetic engineering for the purpose of social or class advantage would also be astonishingly expensive.  As Isaacson observes, even normal CRISPR interventions - as in the case of Victoria Gray- can run up to $1 million or more.  Done in the form of exercising personal choice to reap a social advantage it could cost millions.  Only the very wealthiest would be able to afford such editing compounding the existing inequality.  As Isaacson notes (ibid.):

"Permitting parents to  buy the best genes for their children would exacerbate inequality. The social bond that arises from the American creed that 'all people are created equal' would be severed if we turn financial inequality into genetic inequality."

This objection is sound, but perhaps for some -  like Harvard's gene editing pioneer George Church - too subjective.  It was Church after all who evidently opined (ibid.):

"I don't see why giving a kid blue eyes or adding 15 I.Q. points is truly a threat to public health or morality."

However, Isaacson has an answer to that worth considering (ibid.):

"It took nature millions of years to weave together three billion base pairs of DNA into a complex- and often imperfect- way to permit all the wondrous diversity in our species. Are we right to think we should now edit that genome to eliminate what we see as imperfections? Will we lose our diversity? Our humility and empathy?"

But he himself appears to subsequently come around to accepting the idea of "stealing fire from the gods" like Prometheus  as he writes:

"I now see the promise of CRISPR more clearly than the peril....After millions of centuries during which evolution happened 'naturally' humans now can hack the code of life and engineer our own genetic futures."

But it is still wise to exercise extreme caution, especially for the probability of unintended consequences or nasty side effects. One can still recall the 2017 case of Chinese geneticists who attempted to use a technique called CRISPR/Cas9 to "fix" the HBB gene which causes the blood disorder  beta-thalassemia.  .

The work was done on 86 very early embryos that weren't viable (to minimize ethical concerns) but only 28 were successfully edited.  The others were found to have unintended mutations in their DNA.  The chief scientist, He Jiankui, sought to create the world's first genetically-edited infants.  Instead his experiment was condemned as irresponsible and dangerous.

In large part this was because the many ways in which CRISPR/ Cas9 can affect cells remains poorly understood. (He was later found guilty of conducting illegal medical practices and sentenced to 3 years in a Chinese prison)  In the words of Duke University gene researcher Nita Farahany the experiment was "too soon to be applying CRISPR to reproductive genetics."

But her warning also needs to be sounded for any future efforts - say to engineer super Olympic athletes or say 6' 9"  380 lb. nose tackles with 4.8 speed and able to press 2,000 lbs.   The lesson of hubris and in this case human species hubris - and how it has the potential to bring about our species fall -  is worth contemplating.  As opposed to yammering that just because we could do it -  like bringing back the extinct Wooly Mammoth from its recovered DNA-  we  ought to do it.

Here is where we need to slow down and defer to the insights of Einstein ('Ideas and Opinions')  and many others, i.e that there exists a human tendency for our technology to outpace ethical considerations - indeed outpace our ethical development.    In nearly all cases this outpacing prefigures catastrophic results.  We need to heed the clear and dangerous imbalance in the case of applying CRISPR techniques for individual gain or advantage as well.