Looking Again At The "Infinite" And Infinity 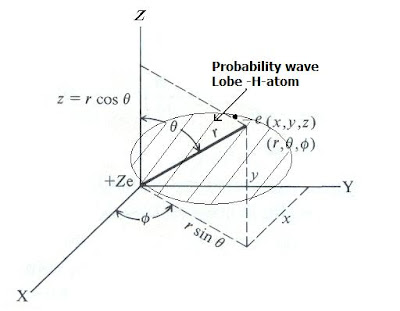 The concept and nature of infinity seems to always have been one that human brains have sought to grasp - and even use in theological arguments. For example, one of the prime claims of theists - at least orthodox ones - is that God is "infinite". But what does that mean?  More to the point, can a finite mind comprehend it.  The fact that philosophical or theological infinity can't be grasped properly, at least without contradiction, can easily be illustrated by these two statements issued by an orthodox believer:

1) God exists and is INFINITE

2) Hell also exists as a place of eternal punishment

Taken in tandem the statements create enormous contradiction if "infinite" is defined as "without limits or bounds, existing everywhere". Hence, Hell cannot co-exist with the infinite deity. If it did exist, it would have to be PART OF IT! In other words, the supposed eternal place of damnation must actually be WITHIN God's own Being.  Unless one were to propose two mutually exclusive infinities, one for Hell and one for God - which itself introduces contradictions and effectively renders the definition of "infinite" specious.

Physical and mathematical infinity is much easier to define and to grasp by contrast. For example, consider the former and the sketch shown above. Here, we have a lobe of a probability wave (shaded) inside a Hydrogen atom. An electron of charge (-e) is shown at Cartesian location (x,y,z) that is also referred to spherical coordinates (r, q, f ) since we are configuring the H-atom in spherical shape.   The lobe defines the space of the atom within which the electron may appear or be located at any instant of time, t. Technically, the electron, according to modern quantum theory (not the old Bohr solar system model) can be found anywhere within the lobe volume.

This is not mysterious and one of the first paradoxes discovered (compliments of Zeno) is that a finite length can embody an infinite series. Consider the length between 0 and 1 shown, and the units could be whatever we want, whether mm, cm, m or whatnot.


Moving more into the realm of mathematical infinity,

Imagine now an electron between 0 and 1, with possible measurements that might range from:

And so on and so forth. In other words though an infinite precision is impossible, an electron can technically be said to occupy ANY of the infinitely many points between 0 and 1 whose distance from zero is a terminating decimal.

Thus does the electron show the plausibility of a physical infinity and introduce some sense of mathematical infinity. But extreme caution must be used because all such infinities aren't alike. Thus, irrational numbers like  p   or   e  display decimal expansions that never repeat and never terminate. For example,   p   =  3,1415926..... and e =  2.71828......

So even in mathematics one must take care in addressing infinity. For example, we know that infinity (oo) in math is an ordinal number. This means its position in an equation matters, so:

infinity + 1 does not equal 1 + infinity

Most beginning math teachers on trying to introduce the concept tell students that infinity would be along the lines of:

In other words, the addition of the unit element is so insignificant relative to infinity it doesn't really alter it - even one 'iota'.

Seems to be a sensible example, but what happens if infinity is subtracted from both sides? Then you get:

Which is nonsense, but when most beginning math teachers are shown this result they can't tell why it arises . Actually, their mistake is in conflating cardinal with ordinal numbers. This leads us into George Cantor’s transfinite cardinal numbers. The key move by Cantor was in making his cardinal number Ào –  called ‘aleph nought’ = W.

Note W is an ordinal number which we identify with the set of its predecessors, N (all earlier ordinals).  Now, if k and q are cardinal numbers, we calculate the cardinality k + q, by finding two sets K and Q such that K = k, Q = q, and K and Q have no elements in common, then letting:  k + q = K ( È)Q

The interesting thing about aleph-nought and its co-transfinites, is that it is non-denumerable if the set of operations is confined to itself. For example, if 1 were added to Ào:

that is, the addition does not change the total! It is still aleph-nought!  This then bears similar features to the 1 + ¥   =  ¥  we saw earlier. But like that case, one cannot perform operations only valid for cardinal numbers. (Like subtracting ¥  from both sides)

Thus, Cantor managed to define and explicate an infinite set, within which an infinity – infinite magnitudes embodied in W  could be given.