Future Shock and Decision Fatigue - Are They Really One And The Same? How To Deal With Them 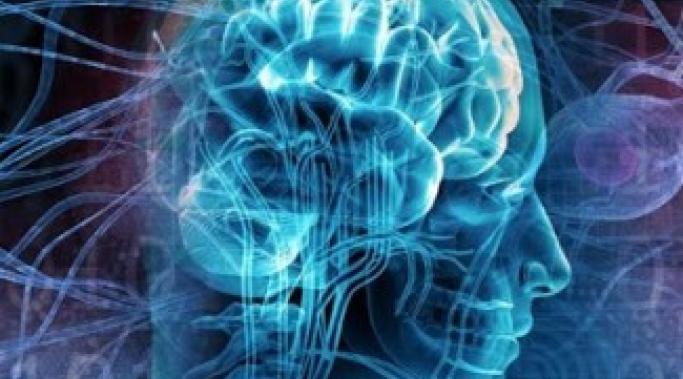 Never mind the incessant, infernal chaos and toxic memetic emissions  emanating from Trump world, we can't allow that detritus to dominate our waking lives.  As functional and conscious humans we all have other things apart from Trump and his denizens to task us mentally, emotionally.   Namely, that from the first minute any of us awakens each morning, our brains are already overwhelmed with too much stimulation.   We're basically saddled (by evolution) with brains still more attuned to identifying predators on the savannah as opposed to adjusting to the cacophony of a modern city with its congested traffic, lack of green space, and noise.

In addition,  each day we face an overwhelming number of choices: Whether to exercise or not, how long if we do, what clothes to wear, what breakfast to eat, which tasks to prioritize and so on.  To make matters worse, we’re constantly bombarded with notifications from our  digital devices—emails, text messages and phone calls—as well as disparate information on the web.
It’s no wonder we’re exhausted at the end of each day. Our brains are constantly multitasking and working 24/7 without a break.  That was not how evolution designed them, and it will take another 100,000 yrs. at least to get to that phase.
This condition of maladaptation  is what author  Alvin Toffler in his 1970 book, Future Shock" referred to  as "over choice ".   Too many choices, especially in media, diluting any collective attention to one thing, one show, one event.  A Wikipedia item references: "The phenomenon of overchoice occurs when many equivalent choices are available.Making a decision becomes overwhelming due to the many potential outcomes and risks that may result from making the wrong choice"

The basic assumption is that humans are rational agents and, when offered a set of choices - say for a product- will end up making the optimum one. But in an excellent book entitled The Paradox of Choice, the author showed this isn't the case and when humans are offered a surfeit of choice they punt! They either don't make any purchase, or they opt for the first one that comes to mind or the item most prominent in their field of vision.
Alvin Toffler himself wrote, in terms of "decisional overstimulation" (pp. 326-27):

"When we combine the effects of decisional stress with sensory and cognitive overload, we produce several common forms of individual maladaptation. For example, one widespread response to high speed change is outright denial.The Denier's strategy is to block out unwelcome reality. When the demand for decisions reaches crescendo, he flatly refuses to take in new information. Like the disaster victim whose face registers disbelief, the Denier too, cannot accept the evidence of his senses. ..

A second strategy  of the future shock victim is specialism. The Specialist doesn't block out all novel ideas or information. Instead, he energetically attempts to keep pace with change - but only in a specific narrow sector of life. Thus we witness the spectacle of the physician or financier who makes use of all the latest innovations in his profession, but remains rigidly closed to any suggestions for political, social or economic innovation.

A third common response to future shock is obsessive reversion to previously adapative routines that are now irrelevant and inappropriate.  The Reversionist sticks to his previously programmed decisions and habits with dogmatic desperation... The more change threatens from without the more meticulously he repeats past modes of action.  Shocked by the arrival of the future, he offers hysterical support for the not so status quo, or he demands, the glories of yesteryear.

The Barry  Goldwaters and George Wallaces of the world appeal to his quivering gut through the politics of nostalgia....The middle-aged, right wing reversionist yearns for the simple, ordered society of the small town, the slow paced social environment in which the old routines were established."

In the last two paragraphs, I'd say Toffler nearly 50 years ago nailed the identity of the white nationalists of today, or one of the Trumpies, declared acolytes of the Dotard.    They disdain and hate the arrival of migrants,  of immigrants because in them they are seeing the arrival of a brown and black future. And they can't handle it.    Hence, as Toffler follows on "instead of adapting to the new he becomes more and more divorced from reality as he does so."
Extrapolating from Toffler's work we are actually looking at a more complex form of decision fatigue.  The future is here in the sense it arrived with too many choice offerings which now overwhelm our brains almost to the point of paralysis.  The future -shocked citizen tries to take it all in: driverless cars, AI systems taking jobs (even of CFOs and newspaper columnists),  robots recruited for work in nursing homes (in Japan now),  cashless stores and the prospect of totally digital money within 10 years (WSJ, Thursday).  But the effect is to cause the saturated brain to recoil in consternation and confusion.
In a nutshell, the more decisions we make in any given day, and the more novel information we attempt to absorb, the more mental energy we use up. Worse,  the lower the quality of our resultant decision-making. In a manner of speaking, we end up like one of Toffler's stock future shock caricatures: The Denier, the Specialist, or the Reversionist.
So is there a mode of escape from incessant overload, from overchoice? Is there a strategy to avoid decision fatigue? If that is the word.
The answer is simple: If we find we make too many decisions on a daily basis, then the rational strategy must be to pare them down.  First, by prioritizing the critical ones over the also -rans, and second, by avoiding overstimulation and over engagement.  As an example of the second, when scanning through emails I delete 95% of them in the first pass. NO reading, no parsing, no need to see if anything is really a phishing email. I just delete, delete, and delete.  Since most are begging for political donations or other requests for money, or adverts, then they automatically assume lowest priority and are dispatched to the cyber dustbin.

As for prioritizing critical tasks over less critical or less urgent ones, that's easy.  My first priority each day is my mathematical physics book, now 99 percent completed and only needing a few tweaks. After that is reading the newspapers: NY Times, WaPo,  Wall Street Journal, Financial Times etc. to catch up on the defining events of the day. Next is writing a Brane Space blog post,  but that importance will always vary day to day, i.e. depending on how much attention the previous post (or posts) received. If the interest (gauged in reads)  was relatively low, the next post will go on the back burner.  So perhaps not be written until the afternoon, or even the next day - or later. If at all.

The best way then to protect our brains from decision fatigue and keep energy levels high throughout the day is to drastically reduce the number of choices we’re faced with on a daily basis. By getting in the habit of prioritizing tasks this is simplified. In the simplification process it is always important to remain aware of decisions of low import, say which cereal you're going to buy today - if any - and how mulling too much over these merely dissipates mental energy. Don't do it.

The fewer decisions we make, the better our decision-making and the more energy we’ll have to focus on what truly matters to us. I have found- without overthinking all of Toffler's  future shock nuances  (i.e. reversionism, specialism etc.)  that this works for me. I also suspect it will work for anyone else if they genuinely make the effort to reduce choice (decision)  overload - which then leads naturally to reducing information overload.