"He wants a foreign government to provide him with information which he can use to target a political appointee. They key thing is you don't need a quid pro quo for it to be an impeachable offense. But we have one here, in the face of this transcript.  We have it in the other information we've seen, most notably in how the administration went about withholding the aid that Ukraine was depending on.

In that context you see this president being willing to trade our national security - because that aid was being sent to Ukraine to stop Russia's aggression - so risking our national security to force a foreign government to retaliate against one of his political opponents.  It is hard to think of a more serious abuse of his office than that." - Former DOJ spokesperson Matt Miller this morning.

"Trump announced he'd be releasing this very controversial transcript of this July phone call with the Ukrainian president. Where there is no explicit quid pro quo, 'we'll give ya the money if ya investigate Biden' . Of course, we already know the context of the phone call because Trump is the one that told us.

It is important we see the transcript but it is not the whole story by any means. We also don't know if we can trust any document produced by the White House, frankly.  I mean it's terrible to say that, but true.  You gotta keep in mind this is a White House that used the levers of power to lean on a bunch of weather forecasters - at the National Weather Service in Birmingham - to retroactively lie about where a hurricane was going.  And then sharpied a map in front of us as if we wouldn't notice.

I don't know if the transcript is going to be sharpied up by the president before it's released to the public. But it soon became obvious that a transcript released by the White House would not be enough." -  Chris Hayes, last night, on 'All In'.

"I don't care if I just serve one term in congress, so long as I do my job with the constitution foremost on my mind and the rule of law. So if I have to I will retire, and go on my way recognizing I did the right thing." Rep Dean Phillips, MN, yesterday - in answer to a question concerning political penalties.

We need to thank Chris Hayes for basically nailing all the salient issues leading up to Pelosi's impeachment inquiry announcement yesterday,  in his opening  on 'All In' last night. Also indicating clearly why we can't trust a mere transcript and need to get all the ancillary information as well, which includes the full whistle blower complaint - in writing and preferably from the 'horse's' mouth in a public hearing.  Former Watergate Senate investigator Elizabeth Holzman went even further and said we also need to get the tapes of Trump's phone conversation with the Ukrainian president FROM THE UKRAINE, as well as transcripts of it. If for no other reason than to confirm what the White House provides is on the level. Personally, I wouldn't trust any thing Trump or his cabal of vipers offers.

Make no mistake there will be many pundits - unlike Chris Hayes-  asserting this is a "dangerous step" for the Dems.  For example, former DOJ "unitary executive" inventor John Yoo, e.g.

Beware of Impeaching Trump. It Could Hurt the Presidency.

Yoo is  the same derelict miscreant who once defined the "unitary presidency", effectively ceding unlimited powers to the executive branch. He also invoked this balderdash to try to provide legal cover for the torture of  Iraqi prisoners at Abu Ghraib as well as Bush Jr. approving CIA renditions of dozens of Muslims.  So you need to look at the source. No surprise if he could have done all that he'd skate over the fact that the office of the presidency has already been befouled by the pestilence named Trump. Hence, that only a high grade "colonic" will  remove the accumulated  toxic waste.  That colonic is none other than impeachment.  The error Yoo makes is conflating the office with the madman and human garbage now occupying it - who merits no sanctuary or protection.  But if one advocates a "unitary" executive, then a conflation is inevitable.

Meanwhile, true to form,, Reepo House Minority leader Kevin McCarthy belched like the brash imbecile he is that:  "I realize that 2016 did not turn out the way Nancy Pelosi wanted but she cannot just change the law".   But she isn't "changing the law"!  She is using it as the Founders intended against a lawless rogue president which McCarthy would see if he wasn't so intent on sucking Dotard's  orange ass every damned minute. Methinks this ignorant jackass needs to go back to school and take Government 101 all over again!

Other talking heads who know less history than even Trump will also  bark that it may "tear the country apart" as if it wasn't already, and also lose the election next year. Of course, as I noted earlier the Founders already had this debate at the Constitutional Convention, on whether it was better to have a rogue, lawless president voted out, or use impeachment. The majority - including James Madison  - decided on the latter. It was simply too big a risk to allow a chief executive scofflaw to possibly continue if a majority of the population became bamboozled about his motives.

Trump himself, predictably, called the whole announcement by Pelosi "garbage", neglecting the fact it wouldn't have been needed if this human garbage called Trump were not sitting in the White House and defiling the office of the presidency each and every day, with his lies, extortion, bribes, graft and threats - like a Mafia Don.  Besides we're still a long way from actual impeachment given Pelosi did not present articles of impeachment - as I believed she ought to have (they'v been 'hiding'  in plain sight especially after the latest Trump atrocity in preventing his DNI Maguire from allowing a whistle blower to deliver his report to congress).  So all we really have right now is the announcement of an "impeachment inquiry".  But hey, given Pelosi has been postponing this step for 9 1/2 months at least it's a start.
Some pundits expressed a degree of shock at the turn of events but they shouldn't have because this was a basic no brainer especially after the overgrown, bombastic  man baby spat in the Dems face with his total stonewalling, preventing any testimony of cabinet members - as well as those no longer in the WH.  Add on the latest, brazen bribery of the Ukrainian president and you have a case par excellence for impeachment. .  As FOX's own judicial analyst Judge Andrew Napolitano  informed  anchor Shepherd Smith yesterday afternoon, Trump basically openly admitted to committing bribery which is an impeachable offense.   To jog memories, recall this all began when Trump pressured the Ukrainian president, Volodymyr Zelenskiy, in a July phone call to investigate the son of Joe Biden, the former vice-president and the frontrunner for the Democratic nomination to compete for the White House in the 2020 presidential election.


Indeed, Judge Napolitano noted the Founders ranked  bribery right up there with treason - which crime Trump is also likely guilty of. Napolitano was referring to the fact that Trump sought the help of a foreign country (Ukraine)  to gain leverage to destroy his potential political opponent - Joe Biden. And worse, he used the withholding of over $450m in already taxpayer- allocated foreign aid as an extortion tool.

As Napolitano put it, in historical time "beheading was the punishment" - though he would "hesitate to prescribe such for Trump". Well, I wouldn't. But I would hang him first, or maybe electrocute him- as he insisted ought to be done to Joe Biden. .  Anyway, impeachment will do so long as the Dems carry it through and not cop out when crunch time comes as it surely will.
As Nancy Pelosi put it:


“The actions taken to date by the president have seriously violated the constitution.  The president must be held accountable. No one is above the law."

“This is a national security issue.  And we cannot let him think that this is a casual thing.”


She vowed to move ahead “expeditiously”.  Well, I hope so and that means having the articles of impeachment filed at least two months before the Iowa caucuses next year.
In her official announcement, Pelosi noted that the chairs of six key House committees already involved in investigating Trump and his administration would make recommendations to the House judiciary committee, which has the authority to handle impeachment. Their reports would help form articles of impeachment brought against the Dotard.
Trump definitely has convinced himself he's above it all, by blowing past every norm, every guardrail and flouted and dishonored his constitutional oath. He's done it not only to enrich himself  but to create a criminal syndicate accountable to no one but himself - capturing the DOJ,  the Pentagon, and now even the intel community (as the recent whistleblower revelation shows)


Launching an impeachment inquiry does not necessarily mean that the House will vote to charge the president with “high crimes and misdemeanors”, though that is the likely outcome of such a process. If the House does charge the president, the articles of impeachment would then be sent to the Senate, which is controlled by Republicans who rarely break with Trump.
Trump has openly admitted that he discussed Biden on a call with Zelenskiy but has denied any suggestion of a “quid pro quo”, even as it was reported that he ordered his staff to withhold nearly $400m in aid to Ukraine days before his call with Zelenskiy.
Maguire is due to testify on Thursday, his deadline for turning over the whistleblower complaint to CongressThe allegations came to light after a whistleblower working in US intelligence filed a formal complaint reportedly related to the phone call. The acting director of national intelligence, Joseph Maguire, refused to release the details of the complaint.
Later in the afternoon, the Senate, in a rare act of bipartisanship, unanimously approved a resolution calling for the DNI to turn over the whistleblower complaint to Congress.
As might be expected, not all Democrats support impeachment. Congressman Jeff Van Drew of New Jersey said an impeachment inquiry would distract from Democrats’ legislative priorities and deepen the political divides in the country.  This is a joke, of course, given there are no legislative priorities more critical now than holding the lawless brigand in the White House to account. Fail to do that, normalize his obscene behavior, and worse create a precedent for an even more malignant occupant in the future  and we won't have a country.

This latest Trump atrocity triggering the impeachment process has many wringing their hands on whether the American people will get behind it. They damned well better if they want to have a representative democracy as opposed to living under an autocracy. And as Elizabeth Holtzman explained yesterday, we don't need all of our countrymen to buy in,  just a basic majority - say  51 percent.  I am betting (and hoping) there are at least that proportion of aware and intelligent citizens left in our nation.   Those who can read Matt Miller's quote at the very top of this post, nod their heads and agree: "Of course he needs to be impeached!"

Even a few Republicans who finally grasp they have to now put country over party.

To read the obviously truncated/ edited version of the Trump phone call transcript go to the link from the WaPo below: 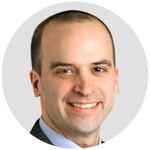 Why I Changed My Mind About Impeachment

Donald Trump | Impeachment | Nancy Pelosi
Nancy Pelosi Announces an ‘Official Impeachment Inquiry’ into Trump’s Conduct — Saying He Has ‘Violated the Constitution’
Posted by Copernicus at 7:27 AM