Time Slips(1) : Flights of Fancy or Temporal Displacements Based on Real Physics? 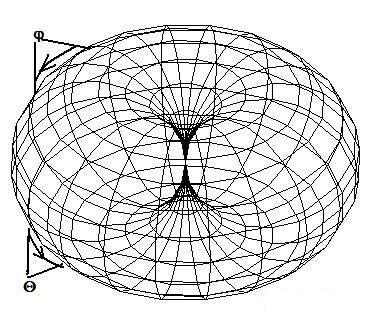 Diagram of the multiverse with two localization angles which may be used to pinpoint parallel universes within it. Is it possible for two longitude lines (each designating a parallel universe) to be so close together that an interphasing is possible? Might this account for the phenomenon of "time slips"?

In L. Sprague de Camp's classic scifi novel  'Lest Darkness Fall', (1939), a 20th century professor - Martin Padway -  finds himself suddenly hurled back to the Roman Empire in the sixth century by encountering a "time slip" in Rome. While doing the tourist thing in Rome near the Coliseum, he's suddenly transported back in time. He is forced to live by his wits, eventually using his knowledge of Latin and how to make paper (from vellum), to produce a newspaper.

The idea of time slips received more fact-based currency with the publication of Oxford physicist Michael Shallis' book, 'On Time'. Therein, (pp. 161-62) Shallis documents actually reported incidents of factual people who - somehow or some way- found themselves cast back into the past. Among the more famous is the incident involving two women from 1901, Charlotte Moberly and Eleanor Jourdain, who found themselves in the Versailles of 1789 while visiting a park in that location in 1901. As Shallis describes it (p. 161):

"To the ladies of 1901 the experience was one they lived through, but if they stepped into another time, they either did so as a sort of ghost or else as real live people".

"We walked briskly forward, talking as before, but from the moment we left the lane an extraordinary depression had come over me, which, in spite of every effort to shake off, steadily deepened. There seemed to be absolutely no reason for it; I was not at all tired, and was becoming more interested in my surroundings. I was anxious that my companion should not discover the sudden gloom upon my spirits, which became quite overpowering on reaching the point where the path ended, being crossed by another, right and left…Everything suddenly looked unnatural, therefore unpleasant; even the trees behind the building seemed to have become flat and lifeless, like a wood worked in tapestry. There were no effects of light and shade, and no wind stirred the trees. It was all intensely still."


What does this mean? Is this the domain of the supernatural, or is real physics involved? The Wiki article goes on to add:

" In the Versailles case, the two ladies were apparently seen, and spoken to, by people they saw"

In other words, there were real physical interactions, which implies a genuine physics basis. At the same time, Moberly's description reads as if the pair were in some sort of simulacrum world and not an actual past Earth ("the trees behind the building seemed to have become flat and lifeless", "no effects of light and shade").

This suggests perhaps a parallel universes "interphasing" effect. Something I had described in an earlier blog:

Therein, I referenced the (David) Deutsch experiment (See: 'The Fabric of Reality') to detect  how the interphasing of a parallel universe can be carried out, and the penetration of our universe by a parallel one validated. In his book(pp. 38-47), Deutsch adopts the setup (Fig. 2-4) of a monochromatic light beam that passes through successive screens with single holes. The image presented on the screen is a central bright spot with darker penumbra around it. With a two slit pattern for the screens (p. 41) the experiment becomes more interesting in that successive barriers to generate the patterns engenders what Deutsch calls "shadow photons".


He acknowledges (p. 45) that "tangible" (i.e. measurable) photons are grounded in our tangible, current universe, but also that shadow photons can be thought of as collectively coming from a parallel universe. He then clarifies this in mind-blowing fashion (p. 45):


For it turns out that the shadow particles are partititoned among themselves in exactly the same way as the universe of tangible particles is partitioned from them...

Is it feasible then, that the two 1901 Brit women time-slipped into 1789 by virtue of  stepping into an interphased domain where two parallel universes merged: one from a 1789 Earth and the other from a 1901 version? Is it possible that the reason their time-slipped Versailles of 1789 appeared "gray and lifeless" is because they were seeing it via shadow photons - the only ones available?

What would the ladies have found had they conducted an interference experiment along the lines suggested by Deutsch? Would the shadows have been more intense to the point of overriding the rest of the pattern?

We consider this in the next part!
Posted by Copernicus at 10:42 AM