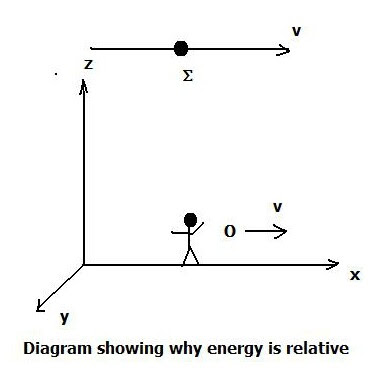 We now return to the astronomy questions series:

1-What is the evidence for the Big Bang and how was it discovered?

The evidence for the Big Bang is the 2.7 Kelvin degree, cosmic background radiation. The key aspect that makes it evidence is that it has the same intensity in all directions- wherever one observes in the sky. No ordinary radiative or local explosive source (e.g. supernova) would produce such a characteristic. The only feasible explanation to account for it would be a vast “explosion” occurring in the distant past and affecting the entire universe. Its entire volume.

The isotropic (all directions) radiation was discovered during a sky survey at the Bell Laboratories in 1965, by Arno Penzias and Robert Wilson. They had pointed their radio telescope in different directions in the sky and received the same “buzz” no matter where they observed. After rigorous data reduction (removal of data detritus and effects of bat guano), plus later confirmation of the “universal buzz” - it was later identified by Robert Dicke as the cosmic microwave background radiation (CMB), the radio remnant of the Big Bang, they realized they’d discovered the relic radiation left over from the Big Bang.

2- If there was a Big Bang can we say the universe had a beginning, or not? What came before the Big Bang?

Asking ‘what came before the Big Bang’ is like asking ‘what’s north of the north pole?’ It’s the kind of question that at first glance seems logical, but really isn’t. The key thing here is that the time continuum we use to measure instants or epochs starts at the Big Bang, using the Hubble constant. Going to epochs before the Big Bang isn’t feasible because there is no temporal template to go by.

Though we can use the current Hubble constant to measure the proper time since the Big Bang as 13.7 billion years we can’t go any further than that. Or, into any “negative times” – as defined “before the Big Bang”. The reason is that so far there is no physically operational meaning to these.

Proper time is a time defined in terms of the relativistic interval (from special relativity):

where v is a specific velocity- say of an observer’s frame, c is the speed of light.

Why use proper time? Basically, because normal time measures are unreliable and subjective owing to relativity. For example, even saying or asserting the energy is greater or less at one time (t2) than time (t1) is impossible since energy (like mass, time, length) varies depending on the observer’s frame.

For example, consider the energy of an object (denoted by the Greek letter sigma) moving at velocity v in the simple diagram shown at top.

But, to the observer O moving in a reference frame with the same velocity, the object appears at rest so its kinetic energy = 0. In more technical consideration, on the basis of the Lorentz transformation (google!) the energy E’ in a new frame will depend on the energy E in an older frame according to:

Where v_o is the velocity and p_x the momentum in direction (x).

Bottom line, unless one employs corrections using proper time to make energy estimates or statements, he will end up talking nonsense.

For example, let’s say you are looking at an object receding at a velocity of 0.5 c, and assert based on careful ordinary time measurements that it emerged 1 billion years after the Big Bang. Or – 12.7 billion year removed from your observation. But how does this compare to the proper time?

This obviously also means that one cannot say or assert that from the Big Bang there has been “an infinite” amount of time, or instants. No, there hasn’t, and one can do the computation for the actual time interval using the proper time format.


4- What is meant by Quantum Cosmology and how does it work? Can it explain the Big Bang?

Quantum cosmology means that we use terms, conditions and parameters that are peculiar to the quantum level – for example quantum variables – in examining how they might work in explaining aspects of cosmology and yes, origins.

Quantum cosmology also is not for the faint of heart, or those who haven’t done a lot of physics – including taking quantum physics courses. In other words, one can’t simply approach its basis or claims using common sense or even ordinary logic. I believe it was Richard Feynman in one of the prefaces to his lectures who write: “Don’t even try to go down the rabbit hole of understanding quantum mechanics, or you will be lost forever.”

What he meant by that is that we don’t approach quantum formulations on the basis of trying to understand them, like one might wish to understand how an electronic amplifier works. We approach them from the mathematics we use, and let that lead the way.

At least one theory of the origin of the cosmos uses quantum cosmology in what we call “quantum bootstrapping”. This means, formulating a quantum fluctuation which could have incepted the cosmos via the Big Bang.

The starting point for these sorts of theories actually resides in a real world phenomenon. Particle production is one- wherein particles are created then quickly destroyed with energy release.

Thus, rest energy is real energy and is capable of doing work. In the case of the pion above, the total mass 2.4 x 10^-28 kg, is converted to electromagnetic energy.

The amount of the energy can be estimated using the Heisenberg Uncertainty Principle in the energy-time format:

Then the energy available that comes off is:

In the same manner, a number of theoreticians (e.g. T. Padmanabhan) have speculated the universe could have emerged like the pi meson using the same basis for energy arising out of “nothing”.