Enough about the Bible trumping Science! 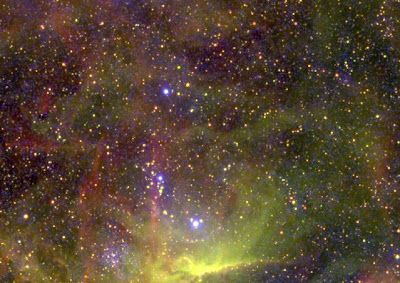 It seems delusionary beliefs concerning the Bible never ever go away, they simply mutate into ever changing forms and contexts. Science replacing the Bible? Fine, then show that at some level the Bible actually beat Science to the finding - by already revealing it! Neato trick, but doesn't work in real life and for sober people.

A recent case in point has been a column by Roger Marshall in The Barbados Advocate(‘Bible Ahead Of Science’, Feb 21) in which Marshall claims a number of astounding things for his good Book, including:

1- Isaiah 40:22a predicted "the host of heaven cannot be numbered" long before Astronomy realized it.

2- Biblical authors knew of the Earth's sphericity long before anyone else.

3- There were Bible references to the Universe expanding long before Science discovered expansion.

But let's examine these in more detail, while clarifying that a few odd confluences of remote, generic similarity don’t mean the Bible makes accurate "pronouncements" on scientific matters, or that it confirms any scientific evidence, or that it can be remotely be substituted for an actual scientific paper or textbook.


For example, Isaiah 40:22a makes no scientific assertion when it avers that "the host of heaven cannot be numbered". This is simply common sense that anyone who peers into the night sky (especially with a powerful telescope) can see for himself. The best we can do, even with the most modern photometric methods is make estimates of stellar numbers- say in open clusters (like the Pleiades) or galaxies (see, e.g. the image of star region in the Lesser Magellanic Cloud). We can’t actually "count" each star and no professional I know of would be daft enough to even try!


Nor does the Bible break any remarkable ground when Marshall attests that its authors "knew the Earth was spherical". Indeed, the ancients knew about the sphericity of Earth since the time of Aristotle, Eudoxus and Eratosthenes, hundreds of years before the birth of Christ. Thus, any references made in the Bible were likely already in the Zeitgeist of the learned folk of the time, and would naturally have been included- if the Bible author (or more likely, later transcriptionist-translator) had any awareness at all .

Any biblical reference to the Universe "expanding" also can’t be interpreted as anything more than a generic, perhaps lucky bit of insight. The reason is that no details of the expansion are given. For example, does the Bible say how long it’s been going on? Does it tell us the age of the universe deduced from it? Does the Bible anywhere state that this expansion is now accelerating owing to the presence of dark energy? By the way, IF the bible is so prescient on scientific issues, why doesn't it mention two key recent discoveries – dark matter and dark energy- anywhere? Inquiring minds want to know.

Does the bible say anything about black holes, OR quasars, OR about the 370-odd extra-solar planets we’ve discovered? Does it mention DNA or anything that could be construed as such? What about genes and the human genome?

Does it mention EVOLUTION? The fact that the protein cytochrome –c in chimp and human are very nearly identical. That the two ape chromosomes 2p and 2q are fused in the human to yield chromosome ‘2’ (accounting for why we have 23 chromosome pairs vs. 24 in apes).

What about tectonic plates – mutual collisions of which (e.g. the North American and Caribbean plates) caused the Haiti earthquake? Does it mention those?

Here’s something for Marshall and others of his ilk to take away: the Bible is not a book of science, and any conformity between odd biblical quotes and a generic, general scientific finding is pure fortuitous happenstance – not a result of the Good Book getting it right before science found it out.

As I said in a Barbados Advocate article some 17 years ago: show me someone who will let a Bible expert alone attend to his fractured leg or other serious malady – instead of a medical expert who uses medical references, and I will show you someone who is tired of living. The Bible is good as book of inspiration and reading about some ancient legends, but anyone who uses it to reference or deal with reality is 52 cards short of a full deck.