How Hillary Blew It By Misrepresenting Sanders' Health Positions 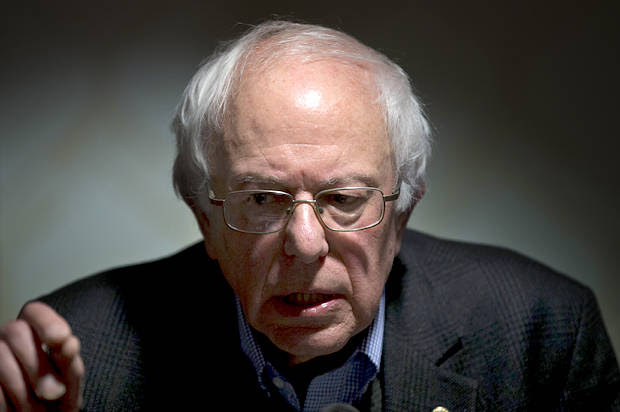 Hillary and the DLC Clinton machine blew it big time by getting daughter Chelsea to act as a surrogate to grossly misrepresent Bernie Sanders' single payer proposals - asserting he'd take down Obamacare as well as ruin Medicare. This shameful act didn't work at all, in fact her boffo, premier performance on the stump backfired, producing a flood of political donations to Sanders.

The lesson to take away? As Bill Moyers put it, "if you're going to send a surrogate to do your dirty work for you,  be sure whereof she speaks, and also make sure she had better stick to talking about her candidate, not the opponent". Unfortunately, Chelsea Clinton misrepresented Senator Sanders’ position, and in the process undermined her mother's campaign - not enhance it.

Sanders' making his health plans understandable (as in tonight's Dem debate) could not have come at a better time given the Centers for Medicare and Medicaid Service in their drug price information report (for Medicare Part D) have now identified 80 drugs that ranked highest by Medicare spending according to a WSJ report from 2 weeks ago ('Drug Price Rises Drive Medicare'). All of this is because the ACA (Obamacare) which Hillary seeks to nix any changes for, will not permit Medicare to bargain for lower drug prices like the VA does.

To put a perspective on the rising costs, as the WSJ notes,  those 80 drugs account "for 33 % of all Medicare Part D spending and 71 % of all spending pm prescriptions by Medicare Part B - which covers drugs administered by doctors' offices?

Frankly this is unsustainable. Worse, according to CMS "540 drugs covered by Medicare  Part D had increases in cost per unit of at least 25 percent during 2014."

Meanwhile, Medicaid is feeling the strain in many states (cf. 'Medicaid at 50: Growth Strains System', AARP Bulletin, p. 36). As for the ACA exchanges, they are dumping people who signed up in good faith  because of cost cutting.. Here in Colorado alone more than 80,000 have lost coverage because the private insurers initially subsidizing the exchanges have pulled out - given the medical costs of the insured have exceeded what they expected and their profit margins have shrunk. If this doesn't show the need for a single payer system I don't know what does.

One of  the canards being circulated, apart from Chelsea's lies,  is:

"Sanders'  single-payer healthcare proposal would cost so much it would require raising taxes on the middle class.”

But as former Clinton Administration Treasury Secretary Robert Reich has noted in a recent blog article:

This is a simple argument Bernie Sanders has made which has been distorted by the Repukian dog whistlers, by Demo Repub Lite centrists and the media.  That is, irrespective of the increase in middle class taxes that will be needed (you can't get anything for free!) the costs will still be significantly less than they'd pay in ever higher private insurance premiums. Thus, Sanders has referred to the higher needed taxes as a "public insurance premium" which it is.

Besides, wouldn't you rather pay such a "premium" yearly than suddenly have your private insurance costs skyrocket or be dumped from a healthcare exchange like those here in Colorado?

It would seem to be a clear 'no brainer'.

As usual also, Americans have the memory of gnats and many forget Hillary was foursquare for universal health coverage - not just federal "Romneycare" as long ago as 1993. But the hysterical Repuke reaction and disgraceful ads from the medical lobby forced a pullback. The point is, it is rather hypocritical for the Clintons to now try to smear Bernie when they were backing exactly the same thing he wanted back then. As Bill Moyer put it in a recent smirkingchimp.com piece:

"Here’s an ironic note: During that 1993 quest for a health care plan, Secretary Clinton sent Sanders an autographed picture of the two of them, wishing him the best and thanking the senator “for your commitment to real health care access for all Americans.”

But now, all of a sudden, she wants to go "pragmatic" because it suits her campaign and convenience, i.e. to have a point of departure from Sanders' own proposals which he has remained faithful too. While Hillary understands her Wall Street benefactors would never be happy with any health care system not run on profits.

Tonight's showdown between Sanders and Clinton ought to be interesting, to say the least.

Posted by Copernicus at 5:18 PM