Six Types of Atheist? I Don't Think So! 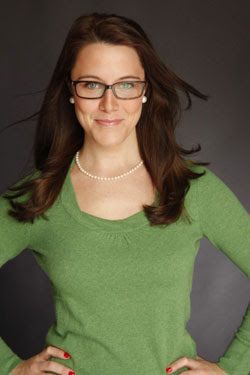 S.E. Cupp claims to be an atheist, but in reality is what I call a pseudo-atheist. She uses the atheist label only as an 'in' for media gigs most real atheists can't get.

The meaning of the word 'atheist' has often been parsed and explained so badly that most people simply give up and run to a dictionary - which is about the worst thing they can do. All most dictionaries offer is that 'atheism' is a form of belief, but now manifested as "un-belief". This isn't helpful and doesn't get us very far. It also leads to consistent misrepresentations of atheists in the mainstream media. As I noted in an article published in the Mensa Bulletin, March 1994:

"Let's be clear about what constitutes Atheism and what doesn't. The Atheist - to put it succinctly, absolutely withholds investing intellectual/emotional resources in any supernatural claim. Indeed the word Atheism itself embodies this definition: a-theos, or without god.”

What is happening here is not active disbelief, i.e. in making a statement “There is no god,” but rather simply passively withholding belief in a statement already made. Hence, the deity believer has made the positive claim. The ontological atheist’s is the simple absence of belief in it. No more and no less. It does not and never has implied aggressive rancor or a vehement and militant opposition to the beliefs. (Though yes, some militant atheists – or what we call “strong atheists” – do have such attitudes!)

This is referenced as a new study has come to light trying to show there are "six types of atheist." According to the study's authors from the University of Tennessee, Chattanooga, the main observation was that "nonbelief is an ontologically diverse community,”.  They arrived at this from "59 interviews" (not a whole lot for a study purporting to offer serious academic insights).

They were led to conclude six basic groups including:

This lot aren't content to be generic unbelievers they want to tell others why they don't accept a god, and also are more likely to put up billboards espousing their positions, and write letters to the press.

Made up of those unsure of the existence of a God, but keep an open mind as regards human limitations and experience.

This sub-group regularly speaks out against religion by positioning themselves as diametrically opposed to it. Examples include: Sam Harris, Richard Dawkins. Christopher Hitchens (when he was alive) and Victor Stenger.

This sub-group simply divests itself of engaging in any back and forth at all, concerning religion. Religion plays no role or consciousness in their world view so in one sense might be called "absolute atheists" to the extent religion or "God" has no meaning.

This sub-group "doesn't believe in God or an afterlife or associate with religion, but still finds useful the teachings of some religions." In most cases, their adherence to rituals stems from the habit of family tradition, say going to Christmas Mass - but now going there simply as a mechanical reaction not inspired by any emotional connections of investment into any religious meaning.


But is this level of discrimination valid (the authors ultimately see 32 classes by 2020) ? The long time atheist will easily see that in most cases a pronounced overlapping ensures the categories can probably collapsed to at most three sub-groups and others can even be left out. For example, in my book, Atheism: A Beginner's Handbook, I note that non-theists are separate from atheists, and more or less on the same  definitional basis as Deists. I also took pains to separate anti-theists from atheists. (Although I made some allowance that they can sometimes be included in the already established category of strong atheists - which embodies those much more vehement that weak atheists.) The other terms used consistently for these two are: explicit and implicit atheists. The implicit atheist here conforms more to the original definition I provided in the Mensa Bulletin.

"Activist" atheists are also subsumed under the explicit or strong atheist umbrella. They are most likely to be members of American Atheists, and be more involved in expressing the strong atheist meme, often in public protests.

The "seeker-agnostic' can also be subsumed (with some modifications of explanation) under the weak or implicit atheist banner. The agnostic atheist - as George Smith has defined it - arises not out of "not knowing" whether a God exists, but rather out of the belief in the impossibility of adequate knowledge accessible to the human brain. This leads to the belief in the impossibility of knowing anything about a supernatural realm, and hence anything of possible entities existing within it. It may not seem like there's much of a difference but there is, because accepting the premise of the impossibility of knowledge puts the person on an entirely different footing as the media representation of an agnostic who sits atop the fence between firm belief and unbelief.

Lastly, there is the pseudo-atheist, which is perhaps a category of one, as embodied by media star S.E. Cupp. She has adopted the atheist label out of convenience but often expresses sympathy for religion, especially of the Republican-fundie brands. In this way she's been able to get gig after media gig that hard core real atheists can only imagine.   A review not long ago, of one of her books,  gushes:

"She’s an atheist. A non-believer. Which makes her the perfect impartial reporter from the trenches of a culture war dividing America and eroding the Judeo-Christian values on which this country was founded"

Note the highlighted words: what the corporo-press-media empire has wet dreams over: "the perfect impartial reporter". They don't want to hear from REAL Atheists  because they may not receive the acceptable versions of thought for publication or media circulation. Hence, a fake like S.E. Cupp serves their interests to a tee.

Let's be thankful that Ms. Cupp likely "broke the mold" for this pseudo-version. Meanwhile, the authors of the 'six types of atheist' study need to go back and re-examine their work in a more objective manner.  This should include the issue or aspect of whether those in their brackets embrace any forms of the philosophy of Materialism. To my way of thinking, no actual atheist can renounce or reject Materialism - though yes, there are different forms. (See e.g. http://brane-space.blogspot.com/2011/02/materialism-still-mostly-misunderstood.html )
Posted by Copernicus at 8:05 AM