Considering Impossibility in the Scientific Context 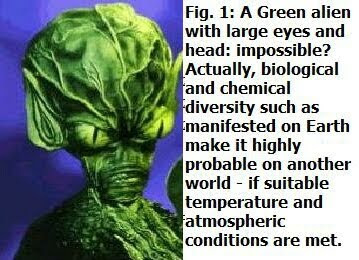 Below: the spectra for (top to bottom): hydrogen, mercury and neon. Note the positions of the spectral lines which identify each element uniquely. Using stellar spectroscopy we can identify the same elements throughout the universe.

Through the years, at dozens of lectures that I've given, I've invariably been asked whether this or that event or entity is "impossible". Are aliens impossible? Are miracles impossible? Is an asteroid strike that kills everything on Earth impossible? Is reversing global warming impossible? Is nuclear fusion impossible? The list seemingly goes on and on.

One of the most famous and oft-cited impossibility statements in all of physics is the Clausius statement associated with the 2nd law of thermodynamics. This statement reads:

"It is impossible to construct a cyclical machine that produces no other effect than to transfer heat continuously from one body to another at higher temperature."

This is a statement of impossibility because it violates the well observed property of heat transfer whereby the temperature gradient is always such that heat flows from hotter to colder bodies, not the converse. Hence, it is preposterous that one can continously pump heat from a colder body- say from a large block of ice - to a hot metal container. If this were the slightest bit valid, all our machines, computers, etc. would cease to function in nanoseconds. The slightest heat built up from the working components would be enough to shut down the overall function once a critical temperature was reached. This is the next aspect, that impossibility statements are predicated on real world observations....not from claims made in ancient books, texts or out of the mouths or instruments of pre-scientific nomads.

In other words, the way our universe is constituted - given its laws as manifest - one cannot make or engineer a machine that is capable of operating continuously with no loss of energy. It simply can't happen.

I cannot take a 2 oz. bite out of an 8 oz. apple and come back and find it weighs 10 oz.! I cannot put 8 gal. of gas into my tank, and know my car only gets a max. of 20 miles/gallon - drive one hundred miles and find 7 gallons of gas left! I cannot bring out a loaf of bread and one fish and magically multiply them to become five hundred loaves and one thousand fish! I can't do that because it violates a basic law of mass-energy conservation. Nor do I find such violations anywhere in the natural world, or in the cosmos (as far as large scale plasma and astrophysical processes go)

I can't put an electric charge of 5 Coulombs on a polythene surface, then come back two minutes later and find 10 Coulombs - assuming the system was closed to external influences.
Thus, certain things really are impossible! There is no getting round it, and it's definitely scientific! What is blatantly unscientific and unsupported, is to claim certain events are not only possible but probable - but they violate specific physical laws or principles.

Thus, "perpetual motion machines" are also denied - or "impossible" - since they not only violate conservation of energy, but also specific laws of thermodynamics, e.g. the 2nd or entropy law. Closed systems such as dead biological ones (no longer open to radiant energy or changes in chemical potential- since no food is taken in) also cannot be "brought back to life"- because this would violate the same law as perpetual motion machines. What stands for the latter, also applies to any proposed claims for the former. They are all impossible, full stop.

There are also detailed biologic - genetic laws that prescribe what can and can't develop - and in conjunction with physical laws, detail what can be allowed. Thus, given planet Earth's properties of gravity, mass, density etc., NO flying elephants can ever develop since there is NO basis in the genome for the species to acquire the ability of flight via "wings" on a planet with g = 9.8 m/sec/sec.. (Apart from the fact that enormous wings would be required to support a 2 ton creature!) Neither is there any capacity in the chicken genome to acquire lips. Both of these may sound like plausible or cute examples, but they fall flat (like perpetual motion machines) when closely scrutinized. Of course, one must have adequate scientific background to do this, and education! Hence, neither flying elephants nor chickens with lips "could happen". They are foreclosed by the laws of denial.

Meanwhile, an intelligent race of green aliens with immense brain in proportion to body and bulbous eyes with nictating membranes (Fig. 1) - MIGHT be so. To assert such aliens (or any advanced aliens) is "impossible" is to make a claim for total knowledge of every last solar system in the universe. This is foolhardy since, first, the claimant has not been to all those places so cannot know - at the very least he's constrained to say "I don't know" -nothing more, and second we know from spectroscopic analysis (Fig. 2) that the same chemical elements we find in Earth labs also exist on other worlds. Thus, the same chemical compounds we have on Earth exist there, and hence there is no reason a priori the same physico-chemical laws that incepted evolution here, can't do it there.

Now, one might aver that “I don’t personally believe green aliens or any aliens are possible” but that’s a rationally self-contained and subjective statement of one’s personal beliefs – not an objective claim. Unless one has actual scientific evidence, he is not allowed to make any statements of impossibility on the issue of advanced green aliens with large craniums. If he does, he is merely talking beyond his mental frame or jurisdiction with no basis or validity.

Now, this is not to say that a specific statement of denial cannot be made in respect to aliens existing in a specific place! But that specific statement is contingent on specific information known about X, Y or Z planet. Hence, once one lists the composition of the atmosphere being considered, the planet's surface gravity, its temperature ranges, and whether any magnetosphere ( to protect against high energy particles, etc.) he may at least offer a limited statement of denial contingent on THOSE conditions. But he's not permitted to make a general statement applicable to ALL conditions and planets in the universe!

All events in the cosmos also obey Lorentz invariance, meaning that NO object, energy or mass or information can propagate faster than the speed of light (c = 300,000 km/s). A particle or rocket ship can approach this limiting velocity, but can't exceed it. (Einstein's basic equation for mass in special relativity shows that if a particle were to travel at light speed, its inertia would be infinite- another way of asserting it's impossible).
Once one understands what constitutes "impossibility" in terms of the laws of permission and denial then one can argue on the basis of what is impossible or not. When one doesn't understand these limits - or perhaps isn't even familiar with physical laws on the whole, then "anything goes" and worse, anything can be believed- even that a man survived three days in a whale's stomach despite the presence of hydrochloric acid, that would have reduced him to bones and less in that time. According to our chemical laws.

Posted by Copernicus at 9:28 AM