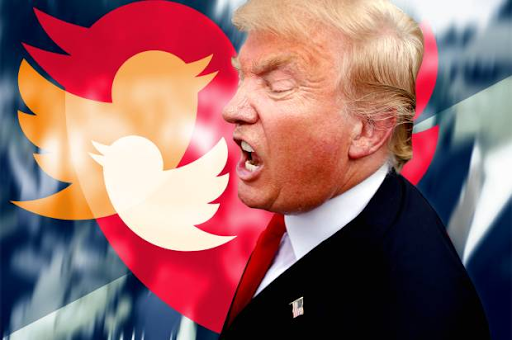 Once Traitor Trump was deprived of his Twitter access, you could almost hear many in the corporate media screaming like stuck pigs. That chorus included a lot of foreign heads of state too, such as Angela Merkel and Mexican President Andreas Manuel Lopez.  None of them grasped the basic nature of free speech limits in the US of A,  which arise when citizens enter private companies as employees, or enter their media domains and platforms.  Thus, if I am hired to work for Company 'X, ' limits on my speech are a given, and it's no use citing the first amendment. Ditto with privately owned media. Hence I cannot demand The Denver Post publish each and every letter I write to the editor, or demand Facebook allow me to post anything I want. Read their terms of service.

Neither was this speech limit memo received by the Colorado Springs Gazette ('Big Social Media Indulge In Stupidity', p. A10, January 13) which squawked about Trump being denied his "free speech" rights by obtuse social media companies like Twitter and Facebook.  Failing to process that no one has a first amendment claim to "free speech" in the context of a privately owned medium.

Read the Constitution!  In particular the clause:

Congress shall make no law respecting an establishment of religion, or prohibiting the free exercise thereof; or abridging the freedom of speech,

Now what does that say? It says CONGRESS shall make no law, i.e. to take away your right to free speech.  It does not say a private corporation or company cannot prevent you from using its websites, devices, or other access from exercising speech, or refusing to follow their speech rules.

The limits on free speech by private corporations were already pointed out over a quarter century ago by Charles Reich in his book 'Opposing the System.'  Citing the case of 'Waters v. Churchill' (p. 146). He noted:

"the Supreme court made clear that an employee's speech is not protected if the employer  believes the speech might interfere with the efficiency of the employer's operations."

In a general matter one can indeed aver that an employee signs away any "free speech" rights once he walks through that corporate door.  Indeed, in the corporation I once worked for as a technical writer (Nucletron) I was told flat out I could not be emailing any of my atheist materials to fellow employees - or indeed discussing with them atheist principles.   (I had to stuff it, despite coworkers expressing a keen interest after seeing articles published in The Baltimore Sun)

The same law applies to Google's termination of software engineer James Damore for a 3,000 word effort blasting Google's "left bias" for "creating a politically correct monoculture" .      Google CEO Sundar Pichai noted that "to suggest a group of our colleagues have traits that make them less biologically suited to that work is offensive and not OK."   So Damore was let go.

The WSJ, naturally squawked: ('Google's  Diversity Problems', p. A14) and tried to attack that rationale for letting Damore go,  averring:

"In other words its OK to express views as long as they are not antithetical to Google's political culture."
As I pointed out in a post at the time:
"The WSJ may whine and moan, but Damore's firing is going to stand. Strangely, the organ of high finance seems to have forgotten that workers in corporations have absolutely no free speech rights, or First Amendment ones."
Nor should one believe academia to be a safe haven!  Twenty years ago, Prof. Ward Churchill's free speech was rendered null and void at the University of Colorado - Boulder.   Churchill had written an essay "On Roosting Chickens" about the 9/11 attacks in an obscure journal.  Some collegian with too much time on his hands found the essay then circulated it widely on the web, and it ultimately ended up in the hands of U of C honchos who declared Churchill "unpatriotic" and also, "unfit to teach."
A special university "panel" was convened which rummaged through all of Churchill's  existing drafts, academic papers and communications - which they did to no other prof. They then pronounced their "verdict":  finding hum guilty of "plagiarism".   Outraged that the university had to  rely on a phony cover issue to fire him Churchill pursued the case for the next 3  years, finally finding a judge (and jury) that ruled in his favor.  He was awarded $1.
The message from the Damore and Churchill cases is simple, as it is with Twitter icing Trump's Twitter account:  There is no absolute right to an exercise of individual free speech in this country, no matter what popular media or pundits on FOX may tell you.  At least in the case of Trump, as one free speech lawyer on MSNBC put it: "He could still go out and call a press conference any time he wants."
See Also:
Corporate America | Internet
It Turns Out that Deplatforming Works
by David Atkins | January 19, 2021 - 8:00am | permalink