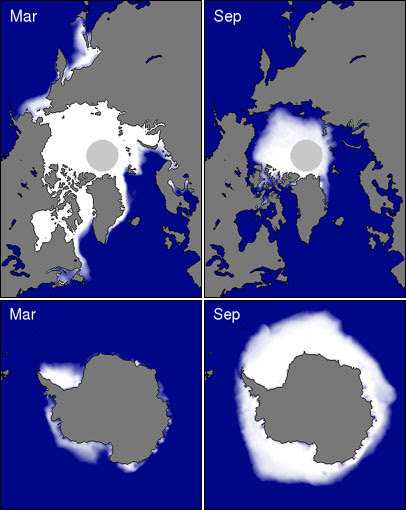 The news that the West Antartic Ice Sheet has nearly doubled its rate of melting has recently been reported in the journal  Nature Geoscience. According to one of the co-authors, Andy Monaghan,  from the National Center for Atmospheric Research:

"If this melt continues, if the summer warming continues, we could begin to see increased runoff from the West Antarctic Ice Sheet later in the century that could enhance its ongoing contribution to sea level rise."

"Our record suggests that continued summer warming in Antarctica could upset the surface mass balance of the ice sheet, so the region could make an even bigger contribution to sea level rise than it already does."

The Byrd station, originating in 1957, became a year round automated station in 1980, however power outages have complicated data gathering from that single site, as has the extended polar night - making the station's solar panels difficult to re-charge. This led Monaghan and Bromwhich to reconstruct the Antarctic -wide temperature history over the past half-century from station records around the continent.  Now, working with partners at Ohio State and the University Of Wisconsin-Madison, they have completed the data gaps with a computer model of the atmosphere and a numerical analysis method. (Recall that I went into such methods for solar plasma some 7 months ago, i.e. http://brane-space.blogspot.com/2012/05/case-for-plasma-numerical-simulations.html)

According to researcher Monaghan:

"Even if you didn't fill in with the (numerical) simulations, you still get these strong trends. It's really the observations telling us this."


Rising sea levels are a critical concern for climate change researchers given the number of highly populated areas around the globe -many of which have sprung up in coastal areas. In this sense, the east and west coasts of the U.S. are especially vulnerable to sea level increase.