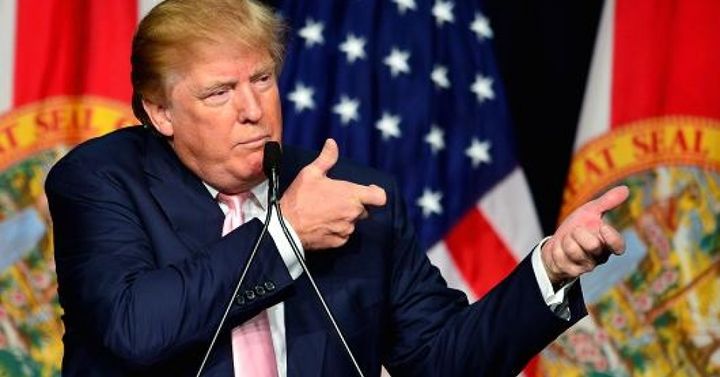 "Man, I just love to blow up everything to do with Obama!"

First, let's cut the PR baloney that Trump tearing up the Iran nuclear deal has anything to do with "getting a better deal" or not letting the Iranians "get away" with tricks. Anyone with more than air between the ears knows this was the optimal deal that could be brokered, and Trump's typical toddler fit is nothing more than continuing to rip to shreds everything Obama had a hand in passing, from the ACA, to tighter emission controls on vehicles to this.  But because so much of the nation has now become unhinged, owing to the lack of reason, they fail to see one does  not make the perfect the enemy of the practical.

What do I mean?  Anyone remotely familiar with cooperative game theory principles would understand this was the best deal we could obtain, i.e. that didn't totally shank one side. Indeed, the fact hardliners in both the U.S. and Iran were railing  against it showed it struck the exact right balance between the hideous and effective, all Dotard's caterwauling to the contrary.

As nuclear compliance specialist Joe Cirincione ('Ploughshares Fund' President) put it 3 years ago after the deal was signed, sealed, delivered: "This is a way to stop Iran from getting the bomb. without going to war. It has its risks, but those pale compared to the alternatives." Indeed. He then elaborated on the parameters, to which most critics are oblivious when they yelp that Iranians are too "wily" and have "every incentive to cheat". (Implying the IAEA isn't up to the job of inspection). "This is not based on trust, this is not based on good intentions. It's not based on the technologies we've used in Iraq, for example. This is 21st century technology, state of the art, fiber optics seals, cameras, sensors, audits, inventories allowing 24/7 inspections in all the declared facilities and the right to inspect suspect facilities including the military sites so much in dispute. One might possibly evade one layer of these inspections but the chances of evading all are quite remote . We can track every aspect of Iran's  production and with those inspections there's no expiration date."

This is critical because it means the harshest critics appear not to be aware of the modern in situ sensor inspection capacity, i.e. that allows the Iranian facilities to be electronically "spy"  monitored 24/7. Why hasn't more been published on this technology to reduce the widespread ignorance? Probably because the spooks like in the NSA - who use it in other venues - do not want the details known. Fair enough, but the problem is we are  then forced to listen to ignorant critics' complaints based on their antiquated perceptions from what they understood about the old time inspections using actual humans in Iraq.

Getting back to the game theory aspect let us recall again  a ‘game’ means any mutual interplay between one or more players- which could be individuals, corporations or nations – in which one stands to gain a larger payoff than the other.  In each such game, the respective players (in this case, the and Iran) make choices from respective  sets: S i   (where in this case i= 1,…n). In addition we have n-real valued functions (in this case n = 2) described as:

Where R defines the Cartesian space.  The set S i   is called Player i’s ‘strategy space; while P i  is called the “payoff function”. We take S i  to be the set of actions available to the character called Player i, and we insist each Player must choose some action – and even a “non-action” can be included in the set since it can provoke a response in the other Player.  Note there will also be some actions that have joint consequences,  and that  P i basically measures Player i’s assessment of the consequence.

Cooperative Game: One for which some kind of binding agreement is possible

Non-Cooperative Game: One for which no binding agreement is possible.

Strategy: involves a set of rules S i which defines which action is taken at each point in the game.

In a Nash Equilibrium, no player has an incentive to change strategy.

A “Dominant strategy” is optimal no matter what the other player does.

A sequential game is one which evolves in time and for which Payoffs P i  are exchanged  based on sequential actions S i, eventually leading to a denouement- or a stalemate.

From the above, one can see this nuclear deal is predicated on a cooperative - sequential game. (As many have said, and I reiterate, this is not one 'done' deal but an unfolding process over YEARS.) The U.S. and its treaty collaborators (including from Europe and Russia) gain nuclear weapon neutralization while Iran's payoffs include getting access to the global finance system and lessening of  sanctions. In the case of the treaty template, each  S i  denotes an in situ inspection (via 24/7 electronic sensors) which then determine whether and to what extent the set of payoffs sets: P i  will be delivered. As Obama made clear in a 2015 interview with NY Times Thomas Friedmann:

Second, let us finally acknowledge that by scuttling this treaty, Trump proves he's a bad faith actor when it comes to any nuclear treaty. That includes the so-called "de-nuclearization"  of the Korean peninsula he demands from Kim Jong un at the supposed summit to formalize such.  Why should Kim sign on when Trump has already demonstrated  he has no respect for the P i  or the “payoff function” in the cooperative sequential game with Iran? Translated, this means he demands a disproportionate share of the payoff benefits, leaving only relative crumbs for Iran.  Why wouldn't Kim believe he also will be left mere transaction 'crumbs' - and zero assurance of no U.S. aggression, if he really gives up his nukes?

Indeed, Trump and his stupid pawns have already come close to scotching any Korean deal by asserting the U.S.  "sanctions" on N. Korea brought it to  beg for a no nuke deal.  Again, no respect for the putative cooperative game player, even before the game really starts.  Maybe we need to bring  John Nash back from the dead to teach Trump and his fellow buffoons a few things concerning game theory.

All of this is why  a succession of European leaders including the French president, Emmanuel Macron, the German chancellor, Angela Merkel, and the British foreign secretary, Boris Johnson, have flown to Washington in recent weeks to warn that tearing up the deal with no alternative strategy to contain Iran’s nuclear program risks undermining diplomacy and strengthening hardliners in Tehran.  It also shows Kim and the North Koreans that by having already attained a weapons' standard the Iranians were 10 years from, i.e. having nukes (at least 20),  it would be foolhardy to now give them up. Especially given so many Trumpies still insist on "regime change" for Iran, following that in Iraq.

As for the yen of some crazy loons  (like John Bolton) in the Trumpie administration to go to war with Iran, that would be a fatal error that would make the egregious Iraq War look like a schoolyard skirmish. The reason is that Iran is not Iraq, it has an air force, navy, formidable other weapons (including ballistic missiles) and an ability to deploy embedded terror cells worldwide. In terms of population, it has 82 million compared to Iraq's 32 million.  In terms of area, Iran has 636, 400 square miles that would have to be occupied compared to 168 , 754 square miles for Iraq.   It is a war the U.S. would never win, and it would extract a fearful cost in lives and treasure on a par with the Vietnam debacle launched by Johnson.

Trump's coming decision, make no mistake, will make one of the worst by a U.S. president (or in Trump's case,  resident) ever. It will haunt us for decades and likely now catapult Iran into having its own nuclear arsenal within 4-5 years.

Thanks, Donnie Dotard, for nothing!

[Read more about President Trump’s risky calculus in withdrawing from the deal.]