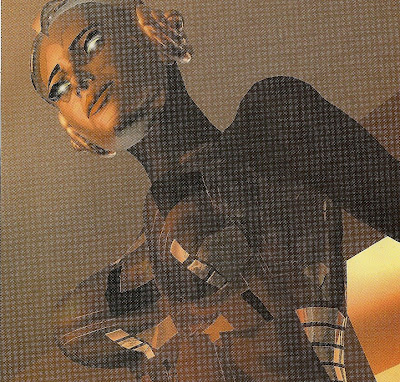 It turns out that now we know the April 23rd lethal vehicle attack in Toronto,  killing 10, was an act  by a malcontent male -  motivated by reactionary sexual frustration - not Islamic terrorism.

The entitled little wretch (Alek Minassian) who committed this deed- targeting women - was evidently miffed that Canuck females were denying him their most prized anatomical features - for no good reason.


Commenting on the violence in Toronto, in which Minassian - a self-identified “incel” (involuntary celibate)-  sought retribution against women -  a libertarian economist (Robin Hanson) offered his proposal: If we are concerned about the just distribution of property and money, why do we assume that the desire for some sort of sexual redistribution is inherently ridiculous?

What the hell does this libbie nitwit mean by "sexual redistribution"?  Well, basically formalizing an entitlement. That is, if rich, able and handsome (or even not so handsome) guys can get sexual favors - congress then maybe it ought to be dispensed to anyone who desires it, even an incel. And to be sure, there are likely many in our society - the severely disabled, mentally incapacitated, or plain born ugly - who fall into the "deprived" category through no fault of their own. So what are they expected to do? Just be satisfied with remaining  frustrated virgins, or involuntary celibates the rest of their lives?  It's a difficult question.

But one thing we can say unreservedly is you don't get to act out and kill people.- namely women- if you don't get any.   This is why the Toronto attack reminded me so much of the similar Santa Barbara mass slaying back in May, 2014.   Recall that Elliot Rodger, 22, was mightily miffed, because he "couldn't get no respect" during his assorted forays onto the UC- Santa Barbara Campus, including the town of Isla Vista. Worse, there were "the blonde girls" who rejected his advances in favor of the "big brutes who walked on the beaches". In his ego-inflated, reptile brain this merited "punishment".  In a blathering 140 page manifesto this little scion of privilege (his father was an assistant director for 'The Hunger Games') wrote:

"All of my suffering on this world has been at the hands of humanity, particularly women. It has made me realize how brutal and twisted humanity is as a species."

He then went on to bawl and whine about how his life "has been a dark story of sadness, anger and hatred. It is a story of war against unjust cruelty."   But if he really wanted to make war against unjust cruelty he could have pulled his head out of his ass and helped feed the homeless, or volunteered his energy for another cause - as opposed to wallowing in self pity.   Instead, he vowed a "day of retribution" writing:

"On the day before the 'day of retribution' I will start the first phase of my vengeance, Silently killing as many people as I can around Isla Vista by luring them into my apartment through trickery and violence."

The little miscreant followed it up by first cowardly knifing his three apartment roommates then going out to open fire on three women near the Alpha Phi sorority house,  killing two of them, and firing on others from inside his BMW. All in all the aggrieved punk left six dead and wounded five others before offing himself.

Let's get it clear here that if we are going to charge Alek Minassian with "terrorism" we have to do the same for this little white butcher, Elliot Rodger. You don't get to pick terrorists based on ethnicity or race.  But rather than pull out the "terrorist" bogey I prefer to call both entitled, mass killing incels.

Both Rodger and Minassian acted out because each believed he couldn't get the nookie that he swore he deserved. This leaves the question: What is to be done to prevent more of these sexually frustrated mutts crawling out of their woodwork and wreaking havoc?

At university (South Florida) I recall one of the most forlorn, on -campus students, full of endless complaints of sexual frustration, was an achondroplastic dwarf named "Bob".    He would endlessly complain about "not getting any" but failed to realize that "getting some" (in terms of mechanical sexual release) wasn't the same as intimacy. In the end, one can't force intimacy because that depends on the progress of a relationship - it's not simply mechanical release.

To be sure, "Bob's" chances of getting laid at USF from any coed were next to zero. Ultimately he figured that out and when he finally arrived at his 'Eureka!' moment informed the whole of the ground floor of Beta Dorm: "I got my solution! I'm gonna get a love doll!"

In those days, btw, these were inflatable contraptions that only a truly sex -desperate person would use. Alas, "Bob" fell in that category.  Which brings us to the desperate,  involuntary celibates of today - who while they may suffer no physical deformity - believe they are still entitled to get sex from women on demand. Like Elliot Rodger and Alek Minassian.

Robin Hanson, the  George Mason U. libertarian economist, and noted brilliant weirdo  believes he has an answer based on economics.  He has advanced a concept of sexual "property" rights. The putz actually wrote, comparing the sex-deprived to the low income worker:

"One might plausibly argue that those with much less access to sex suffer to a similar degree as those with low income, and might similarly hope to gain from organizing around this identity, to lobby for redistribution along this axis and to at least implicitly threaten violence if their demands are not met.”

Implicitly threaten violence? Like uh..."Yuh know, dearie, I just laid out a bundle for this dinner tonight and it'd be a pity for you to have a little accident before I take yuh home...unless you know, you give me some....."  Or worse:

"Hey, cutie!  I saw you makin' time with those beach dudes, so how 'bout makin' some special time for me, unless you want to find yourself in some violent mishap?"

Of course, the innate problem with these "advances" is that the target female is expected to forego any choice and instantly kowtow to the would be loverboy to remove his incelism. Again, there is no appreciation of the distinction between sex mechanical release and intimacy or actual bonding. The point being, you cannot force bonding or intimacy. It either comes naturally or not at all.

In other words, Hanson is advocating a coercive "redistribution" of sexual property rights,  in which the choice to be intimate with the sexually impoverished is removed. It is obviously removed if the "lobbying" for sexual favors entails "implicitly threatening violence".  Basically, what one has is a form of coercive,  psychological extortion, and by analogy not too different from a hold up  or mugging in terms of material property rights. (Of course, most libertarians analogize redistributive taxation to "theft" anyway so it isn't peculiar to have a screwball like Hanson propose this baloney to yank liberals' chains!)

But never mind that, what about conflating humans with material property?  It is a strange proposal given libertarians are supposed to be all about choice and liberty. But it leaves open the question: What is to be done for these sexual deprived forlorns?  Well, the easy solution is to let them have access to female sex robots or audio animatronic love dolls.  After all, their main issue is sexual release to relieve frustration, so a sex robot can materially provide that.  Intimacy isn't on the menu, but then it is unlikely most of these incels are ready for that - they just yearn for mechanical release.

Most of these losers  - like Elliot Rodger and the Toronto killer - aren't equipped for the niceties of social -romantic engagement with women anyway, so an artificial female should work just fine.  "Slam bam, thank you  m'am" and done.  Plus, there's no need to threaten any implied violence on an always willing love robot. "She" will always be ready and waiting!

Sex automatons came to the fore in theory eight years ago when Arturo Arsenio, a Ph.D. candidate working in the Humanoid Group of the Artificial Intelligence Lab at MIT, proposed such an entity on a lark.  While an "amorous"  automaton was still a ways off back in 2010,  it's now - thanks to advanced neural network technology- evolved  to the point a real sex robot is feasible  This would basically merge the exterior qualities of the typical, masturbatory "sex doll" with cybernetics to get a smoothly operating audio-animatronic female facsimile.

Let's also be clear all the separate, artificial. parts already exist in a readily purchasable condition, so it was merely a matter of integrating them into one entity - an ambulatory,   sensory responsive female automaton.  Can such an integrated cyber-entity really exist? Of course.! The control of rhythmic motions in the head and other parts is fully feasible now given more advanced quantum dot neural interfaces. . More subtle degrees of motion (not so jerky)  confer the equivalent of a socialization personality. According to Arsenio (back in 2010), though such a robot would not have the capability of facial expressions, it would express emotions via its varying postures.  These can presumably include sex position postures.

Also we wouldn't see any such  representative response as from from Slate’s Jordan Weissmann who - on learning of Hanson's libertarin piffle wrote: , “Is Robin Hanson the Creepiest Economist in America?”, citing the libbie's off the wall post along with some previous creepy forays to dismiss Hanson as a misogynist weirdo .

Indeed, he is that. If he's serious  that fornication rights be accorded to any male who wants them and is prepared to "threaten implicit violence" to get them. . Sorry, it doesn't work that way. No matter how hard up a guy is,  even if he's a virgin at the age of 48,  he has no innate right to just grab sex from another human. But there is an alternative: let him have his way with robot females.  Besides they'll never get jealous if he goes to a different robot female.


"The recent attack in Toronto by a man who identifies as an “incel” has called attention to the disturbing and flourishing online incel community. “Incel” stands for “involuntarily celibate.”
These are straight men who, frustrated by their lack of romantic success, channel their feelings into hatred of women. Some even resort to violence. In Toronto, that meant striking dozens of people with a van, killing 10.
Others post online about how much they enjoy simply following women around in a threatening way, getting some kicks by scaring them.
I would hazard a guess that many of these guys have been sold an unattainable model of masculinity."