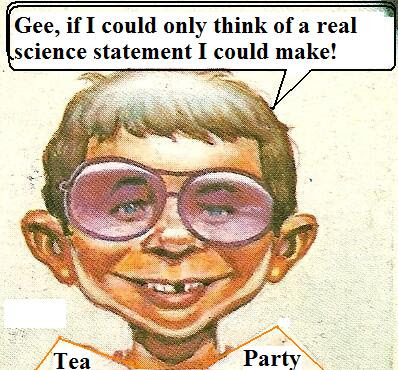 We now return to a couple more classics:

The Second law is one of the more important in thermodynamics and all of physics, and refers to the accumulation of a quantity called "entropy" over time. Thus, what is called "useful" energy deteriorates into "useless" or waste energy. The problem is that confusion arises when one mixes and matches terrestrial mechanical systems (such as simple machines like levers, pulley systems etc.) and the universe. In the former case then, yes, for closed mechanical systems energy is being lost and the efficiency (never 100%) of the simple machine (a good fraction lost to heat, friction) confirms it.

But what does it mean to say or argue that "waste" energy in the universe as a whole is growing? This is a far more difficult assessment and by no means solved. What we can say, to the nearest approximation right now, is that the number of gravitationally-bound systems (with gravitational potential energy in the form V= - GMm/r) and gravitationally open systems (governed by positive kinetic energy) are essentially equal so the total energy of the universe (summing all positive and negative contributions) is zero. This has likely remained so for billions of years as galaxies and galaxy clusters have formed, so there is no sign of an imbalance...hence we cannot yet say the "universe is winding down". Again, as noted in the previous instalment, the cosmos is not a clock!

Now, the factor of dark energy may bear on this and I suggest readers read my blog:

to get a better handle. The issue is that dark energy is now accelerating the expansion of the cosmos. That is, its components in the form of galaxy clusters are acquring more and more kinetic energy. In addition, if it continues, all bound systems will vanish, as their own components succumb to the more repulsive aspect of gravity. Recall from that blog:

Based on the data from Type Ia supernovae, one is led directly to the inference of an equation of state:

Here is where dark energy enters – not by choice- but by the data and observations being forced on us to accept it!

Specifically the term (rho + 3 p) acts as a source of gravity in general relativity, (where rho = energy density and p = pressure)If we set:

we have gravity that repels.

Looking back to the earlier equation for w, one finds:

My point is that all these issues need to be worked out, but it is certainly premature to make the claim right now that "the universe is winding down" - and that carries the analogy to simple closed mechanical systems (like clocks) too far.


The university (East Anglia, and its Climate Research Unit (CRU)) in fact, consulted with the prestigious Royal Society in establishing an oversight panel to examine claims of research wrongdoing. It started its work in March, 2010 and released its report on April 14. During its inquiry, the panel examined eleven representative CRU publications selected by the Royal Society that spanned a period of over 20 years, as well as other CRU research materials.

It also spent fifteen person days at the UEA carrying out interviews with scientists.The panel’s conclusions confirmed that nothing in the emails proved wrongdoing, and dismissed the allegations. Independent reviews by FactCheck and the Associated Press said that the emails did not affect evidence that man made global warming is a real threat, and said that emails were being misrepresented to support unfounded claims of scientific misconduct. They also concluded that there were disturbing suggestions that scientists had avoided sharing scientific data with skeptical critics.

Penn State reviewers, in their (independent) inquiry into allegations of misconduct found:

“the so-called 'trick' was nothing more than a statistical method used to bring two or more different kinds of data sets together in a legitimate fashion by a technique that has been reviewed by a broad array of peers in the field.”

The Parliament of the United Kingdom select committee inquiry concluded that : "the 'trick' appears to be a colloquialism for a "neat" method of handling data," and "[hide the decline] was a shorthand for the practice of discarding data known to be erroneous."As noted in a New Yorker sidebar piece on the findings, the climate emailers, Mann et al, were mainly taken to task for being careless with their use of language as well as with their computer security. They were not upbraided or disciplined for any "shenanigans" as those like Richard Lindzen imply.

All in all, as the New Yorker noted, it was all a "tempest in a teapot" designed by the denier -Flat Earth battalion to build up pseudo-morale for its troops, and again - try to sway the public mind.

Indeed, the statistical device employed by Mann was no where near as egregious as the tactic employed by Willie Soon and Sallie Baliunas (two well known deniers) in a 2003 paper published in Climate Research- a known denier journal. (One of the journal's editors, Chris de Freitas of the University of Auckland, has frequently editorialized in the New Zealand press against the overwhelmingly accepted conclusions of the IPCC.)

In the case of Soon and Baliunas, they simply excised quality data at higher resolution (30 –year intervals) to conceal the emergence of a warming signal, so their paper could ignore it. Their choice of using 50-year data increments (when the IPCC scientists already disclosed anthropogenic warming appears at 30 -year levels), would have seen the paper quashed in any proper peer review, by any referee remotely knowledgeable of statistics. In effect, Baliunas and Soon exploited what we call a 'selective effects filter' to exclude ab initio the data they preferred not to address. But did any brouhaha erupt on the scale of the bogus climate email flap? Not on your life! It never even reached the radar of the mainstream media.

Morever, the largest organization of climate scientists in the world, The American Geophysical Union, issued a statement that they found "it offensive that these emails were obtained by illegal cyber attacks and they are being exploited to distort the scientific debate about the urgent issue of climate change."

They also reaffirmed their 2007 position statement on climate change "based on the large body of scientific evidence that Earth's climate is warming and that human activity is a contributing factor. Nothing in the University of East Anglia hacked e-mails represents a significant challenge to that body of scientific evidence"Interested readers can find that statement here:

What we do know is that 2010 is on track to be one of the hottest years ever, and has seen mammoth climatic disasters – from the heat and drought in Russia (essentially devastating their wheat crop to the extent they can’t export), to drought in the U.S. affecting corn harvests, to the massive flooding in Pakistan due to torrential rains – all of these predicted by anthropogenic warming theory. In addition, we have evidence that the oceans are now 30% more acidic than the start of the Industrial Revolution, on account of increasing absorption of CO2 which combines with water to form carbonic acid, i.e.

Interested readers can read more on why the climate “hoax” claimants are wrong here:

http://brane-space.blogspot.com/2010/08/warming-climate-ignores-silly-e-mail.html
Posted by Copernicus at 8:58 AM