The Alien-ET Vote in Denver: Joke or not? 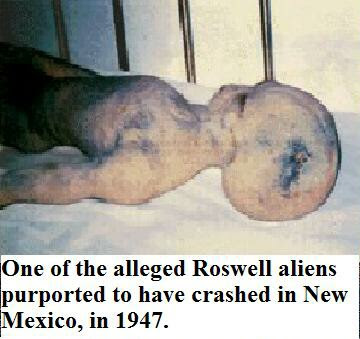 As November 2nd or election day rolls around, many observers' eyes in Denver will be focused on on Initiative 300 on the ballot: a referendum measure to create an Extraterrestrial Affairs Commission to "ensure the health, safety and cultural awareness of Denver area residents and visitors in relation to potential encounters or interactions with extraterrestrial intelligent beings or their vehicles".

Many people are amazed that sufficient signatures (60,000 needed) appeared on referendum sheets to get on the ballot. But here in Colorado, many people (and not just kooks) take the possibility of alien visitation very seriously. This followed a spate of UFO sightings 2 years ago, and in at least one case a "close encounter of the Third Kind" as defined by the late Prof. J. Allen Hynek in his book, The UFO Experience. In that particular encounter, at least one "ET" interrupted a Denverite's dinner, surprising him as it peered nonchalantly through his window pane. The guy was so shocked he forgot to get his digital camera aimed, and the photo he did take disclosed a somewhat ambiguous "head" in the window.

Now, as many others have noted, there's nothing inherently unscientific or preposterous about such an event occurring, or indeed the notion that dozens of alien vehicles may have visited Earth with some of the aliens alighting on our soil and even interacting. It certainly has far more to commend it - given a universe teeeming with billions of possible habitable worlds - than the notion of "demons" skulking about and taking control of people! (Where not one demon "world" has been empirically proven to exist, and the only basis for believing so are the additions to an ancient book, made to try to extort unbelievers)

While it is true that many thousands of UFO reports are rather silly, and many more thousands just plain lazy and/or careless (mistaking a readily verifiable astronomical or man-made object for an unknown) many others are not that way. I can pointedly refer here to my own experience, in observing an actual unknown - which fortunately was seen by dozens of other observers as well (so it couldn't have been a hallucination, unless it was a mass hallucination, which stretches the laws of probability in a different direction).

This particular observation occurred in March, 1962, after my two younger brothers and I, along with about three hundred people, had assembled for the grand opening of a shopping center in Carol City (nee: Miami Gardens), Florida, just off Miami Gardens Drive or 183rd St. It was around seven o'clock in the evening and the sky was dark except for the scattered light coming from some of the buildings. At approximately 7:05 p.m. a luminous, orange disc appeared out of the north and hovered for three seconds directly above the crowd. Except for assorted "ooh's" and "aah's" from a dozen or so witnesses there was no sound at all. After three seconds, it headed due south and vanished below the horizon.

Those fortunate enough to have gazed up at the right time talked of seeing a "flying saucer" afterwards. My younger brother Jerry talked excitedly about the "saucer ship". "How do you know it was a ship?" I asked him. "I dunno. I just figured it was. It seemed to act like a ship hovering and all." I recall responding: "Yes, but you don't know it was even made out of anything solid. You’re only guessing."

As a seasoned sky observer, even at the age of 15 (having made my own refracting telescopes), I ruled out the usual obvious explanations: Venus, shooting star, weather balloon, helicopter or other aircraft. The dynamical and luminescent behavior simply didn’t match those. Nonetheless, I wasn’t prepared to go hog wild and claim I’d seen a "flying saucer". As far as I was concerned it was an unidentified aerial phenomenon (I didn't even wish to use the word "object" since that implied an unproven solidity.)

Considering the observation at nearly a 50 year retrospective, I've played the thing back in my mind and have conceded that the fact it was evidently reported on the radar of Miami International Airport could imply an actual object under controlled flight. However, I'm still prepared to place the odds at only 50-50. As I've repeatedly told audiences since, I simply can't bring my mind to accept that aliens could actually be visiting our humdrum little world with the frequency that thousands such sightings a year would suggest. We just aren't that important. We aren't so important to own our own "Cosmic Savior" and we aren't so important to be visited by alien intelligences thousands of times each year - from presumably as many worlds! In the cosmic scheme, we are little better than two-legged roaches.

Now, this is not to say that such aliens can't exist. Or are "impossible". A vastly habitable cosmos, or the proposition of such, is totally consistent with what we've already discovered about the evident criteria for life on Earth. And the fact that even microbes and lichens can survive in the harshest environments, discloses the potential for alien life to do the same. Neither we nor our world are "magic". Thus, given the same necessities, chemicals and materials exist elsewhere in the universe (as determined by our spectrometry) there is no reason other life- even intelligent life- doesn't as well. Merely because some antiquated book scribbled by preliterate and innumerate nomads doesn't mention it, doesn't make it impossible.

So I don't disagree with the ballot measure in principle.

Where I have some problems is with the subtext or the undertones of the measure. That is, that the government has somehow managed to suppress or conceal information that thousands of alien visitations have occurred, and many thousands of humans have been contacted by these aliens, but the government has them in some hidden redoubt, incommunicado. Thus, I suspect it is possible this measure will go down in flames once many Denverites understand or see the full text on the ballot, and realize they're being asked to require their city government endorse a massive conspiracy theory- where even alien cures for cancer, the common cold, herpes and AIDS are being kept from us.

What I'd like to see much more earnestly on future ballot measures, is the funding approved to teach people much more astronomy, biology and Earth Science. None of these receive much attention in grade or high schools, but they ought to. Their inclusion might very well limit the amount of pseudo-scientific nonsense we behold, and also tamp down the rampant supernaturalism that appears to have ensnared so many vulnerable minds. At the very least, we can teach kids that a god isn't needed to account for the origin of the universe.

Stay tuned!
Posted by Copernicus at 9:15 AM