A Materialist Model of Consciousness (III) 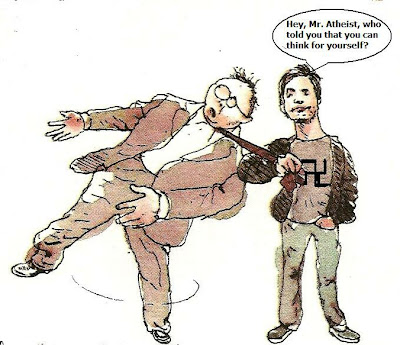 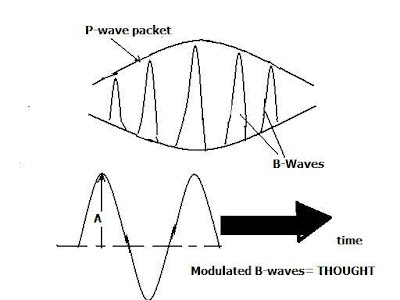 When we last left off, we had "set the table", so to speak., for the operational function of a model of mind. To briefly summarize, a quantum-based model was introduced founded on the fact that the scale of the synaptic cleft is on the order of 200-300 nm and hence subject to the Heisenberg Uncertainty Principle. Wave forms, as opposed to simple classical trajectories of particles (e.g. electrons) are enabled, because uncertainty principle limitations applied to calcium ion (Ca++) capture near synapses shows they (calcium ions) must be represented by a probability wave function. (This function is described from quantum mechanics).

E.g. U(X,Y,Z, t) in conventional space-time form. Thus brain dynamics and function is contingent upon the neuron and its connections to synapses. Thus we want networks that invoke the above function and Pauli spin operators as effective gates. (Refer again to footnote 6 in the last part to see the mathematical form for the Pauli spin operators).

Application of the Heisenberg Uncertainty Principle to Ca+2 ions (at body temperature) discloses the associated wave packet dimension increases to many times the size of the ion itself. Thus we can represent the ion uptake superposition as a separate contributor to the aggregate (sub-complex) or neuronal assembly:

Now, it was physicist David Bohm who first pointed out ('Quantum Theory', p. 169), the very precise analogy of quantum processes to thought. In particular, the quantum "wave packet collapse" (e.g. to a single eigenstate, from a superposition of eigenstates) is exactly analogous to the phenomenon of trying to pinpoint what one is thinking about at the instant he is doing such thinking. More often than not, when one does this, as Bohm notes- "uncontrollable and unpredictable changes" are introduced into the thought process or train.

Often, people are heard to say: "Sorry, I've lost my train of thought".

What they really mean is the the thought coherence they had enjoyed has since been obliterated, so that they have to commence the thought process anew. The coherent state has "collapsed" into a single state - which they now no longer recognize. In this way, as Bohm pointed out, the "instantaneous state of a thought" can be compared to the instantaneous position of a particle (say associated with a B-wave in a brain neuron). Similarly, the general direction of change of a thought is analogous to the general direction of change in time for the particle's momentum (or by extension, its phase function).

Now, let's get into more details.

Of course, in a real human brain, we have a "many-particle" field (especially since we're looking at neuronal complexes) so that the quantum potential must be taken over a sum such that:

The velocity of an individual B-wave is expressed by:

Where m is the mass of the particle associated with the B-wave, and S is a phase function obtained by using:

Where R, S are real. Thought then occurs with the collapse of the wave function U, and the onset of a new phase function S as a result such that the B-waves in an original P-wave packet can become dislodged and arrange as a modulated waveform. This modulated waveform is also driven in part by the quantum potential.

Again, in the many -particle realistic situation of the brain, a change in momentum (P) of each particle (x1, x2, x3......x_n) must be referenced. So we need:

Now, we reference the figure in the diagram which shows the situation for one such particle (x1) in the wave train, at the onset of an initial thought. The B-waves are initially enfolded in a wave packet we call the P-wave (for "pilot" wave) packet. as neurons (and their B-waves) interact with each other, the associated quantum potentials are activated and fluctuations occur in the synapses - associated with the Heisenberg Uncertainty Principle. Ultimately, the fluctuations become large enough in amplitude to allow the trapped B-waves to break from their respective P-wave packets and form their own modulated sets or wave trains (bottom of diagram). This mental condition associated with this is what I call a "primordial thought". I emphasize here, the nature is of a proto-thought and certainly nothing like thinking of a new way to solve cubic equations, or challenge special realtivity! But - it marks the start!

In general, more complex thought will occur when Heisenberg -type fluctuations of the form

And these fluctuations don’t exceed the amplitude (A) of the modulated wave form, as shown in the bottom of the diagram.

The origin of logical or rational thought would arise when numerous modulated wave trains of the form shown reinforce each other in a process we call "constructive interference". The logical nature of the thought is validated so long as the momentum shift (see arrow direction) of the total wave train is not disturbed or disrupted. Since quantum superpositions can also link fields, e.g. electrical in the brain, then it is possible for these fields to also exist outside the brain's immediate physical dominion.

In terms of the examples given already (Part II) we'd see the state condition:

and the neuronal assembly expectation value (neuron firing sequence initiated at nth 'A neuron') constructively interferes with the wave packet dimensions (L) of the nth Ca++ ions. The beauty of this model of consciousness, is that it can also be invoked to show or predict what happens in meditation, such as transcendental meditation. Recall the aim in TM is to still or so far as possible cease all thoughts. Generally, this is roughly accomplished by singing or thinking of a recycling word ....OM....repeated over and over so all thoughts are blotted out.

What do we expect? As we saw, assuming a varied and total set of one's thoughts initially, it will contain waves of frequencies ranging from f' (highest) to f, then the quantum potential V_Q can be expressed: V_Q = h(f' - f)

If passage of all thoughts is "stilled" then time t for the meditator becomes zero, or in other words, meditation occurs in an approximately "timeless" (pure frequency) domain. In the case of Δt ~ 0, since f = 1/ Δt one would expect:

or, a frequency of infinite magnitude. All this means is that if one attempted to take an instantaneous quantum measurement of the phase function (S) during meditation, he would obtain S = 0. Now, since: U = R exp( iS/h-bar), then if S = 0, the exponential factor is 1 and the quantum potential:

a fixed value for all the individual wave trains and associated particles, which is what we'd expect.

The advantage of the above incorporation of quantum mechanics into brain function is important to Atheism because it permits a demystification of the whole topic of consciousness, as some type of 'ghost in the machine'. Without a quantum mechanical linkage to brain dynamics, the Materialist surrenders the explanatory advantage to the supernaturalist, since the classical Cartesian mind-brain dichotomy persists. This dichotomy is what invites ‘soul’ postulation and the nonsense that "soul" (or "God") is needed for a brain to operate or engage in logical thought.

Let’s now return to the issue of whether Materialism is “self-refuting" as C.S. Lewis once opined, in attempting to deny Materialist their own thoughts. What I’ll show here, based on the quantum model, is that it’s impossible for anyone to make such a statement. Since the individual ions (e.g. sodium or Na+, potassium or K-, and calcium or Ca+) involved in neural action are ultimately described by quantum mechanical wave functions in terms of their information, then they’re observable exclusively within the brain itself. (Recall that until a quantum property is observed, it is in a superposition of states, or "black box" situation as it were.)

From the quantum physicist's point of view, this means that nothing can be surmised or stated concerning the thought associated with the information content of a neurotransmitter until a measurement (detection) is made. To attempt to do so - to use an old metaphor - is to "count one's chickens before they are hatched".

Since there’s no practical method for identifying the specific cell site (or sites) of a given thought (where the neurotransmitter’s wave packet is released) it follows that nothing can be said regarding the quality or the content of the thought. (Since as I showed, that content-quality is contingent on the instant of wave packet collapse as shown in the diagram, and whether fluctuations at the synaptic clefts exceed the modulated wave amplitude, A) In other words, lacking the requisite information (which is theoretically available, in positron emission tomography applied to select neuronal complexes) the religionist can’t make any assertions about the existence or non-existence of original thought in a purely Materialist context!

In effect, we have shown that the brain is an effective, self-programming, von Neumann machine!
Posted by Copernicus at 1:23 PM