An Introduction to Stellar Evolution (I) 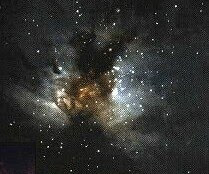 Fig. 1: The Orion Nebula - where new stars are born out of collapsing dust and gas clouds

What many Materialists (as well as religionists) don't know is that the context of Evolution is much more extensive than changing species of terrestrial plants and animals. In fact, an evolution of heavier organic elements had to precede evolution of organisms. Thus, before the onset of biological or organismal Evolution there had to be Elemental Evolution occurring in the innards of the stars.

In this two-part series, we'll get an introduction to some basic concepts.

In the cores of stars, for billions of years, heavier elements have been produced by the nuclear fusion of lighter elements, such as hydrogen and helium into much heavier ones. Very massive stars ultimately became unstable, their cores imploding even as their outer regions exploded into space as supernovae. And in this violent process spewing all the newly synthesized heavier elements into space. These elements to become the ‘birth material’ for newer, heavier generations of stars, not to mention planets, moons, asteroids and other objects. Elemental Evolution, then, is an ongoing process where chemicals are built up inside stars and later disseminated.

In the Sun, for example, two distinct nuclear fusion processes occur: 1) the proton-proton cycle, and 2) the carbon-nitrogen cycle. In the first of these (the easier one because it has fewer reactions):

The top line shows two protons fusing to yield deuterium (heavy hydrogen) with a positron and neutrino emitted, along with 1.44 MeV of energy.[1] Empirical evidence of this reaction is obtained from gallium detectors, of the neutrinos given off, which are within 1-2% of what theoretical models predict.[2] In the second fusion reaction, the deuterium combines with a proton to give the isotope helium 3, along with a gamma ray and 5.49 MeV energy. In the final fusion, two helium-3 nuclei combine to yield one helium-4 nucleus, along with two protons, and 12. 85 MeV energy. Note that the two protons commence the cycle anew, so that the generation of nuclear energy is ongoing.

This means that the central core of the Sun will become heavier and heavier, as more and more helium is produced. This despite the fact that the Sun as a whole is losing an amount of mass of roughly 4 x 106 metric tones per second. To see how this works, one can use the ideal gas equation of state (P= nkT) to obtain the sum of fractional elemental abundances for the Sun or any star:

where X denotes hydrogen fraction, Y is the helium fraction, and Z the heavier elements’ fraction. After assignment of relative atomic weights, electrons etc. one obtains:

where u is the mean molecular weight of the relevant solar gas. Now, since Z in the Sun is negligible (Z less than 0.02)we can write:

A simple check using the above can be made for an estimated current fractional abundance in the core, say X = 0.73, Y = 0.25, to some future abundance, X = 0.70, Y = 0.28 (Z fraction remaining essentially constant). It will be found that the internal core mean molecular weight increases from m = 0.61 to 0.62. Hence, molecular weight of the core plasma increases as the hydrogen fusion reactions proceed.

At some stage, when nearly the entire core is helium a new "burning" phase will be ushered in (at higher temperature), such that the following reaction series, known as the ‘triple alpha’ process, kicks in:


Here, the two alpha particles (helium nuclei) first fuse to give unstable beryllium and a gamma ray (gamma), with 95 keV energy absorbed. Then the beryllium fuses with a helium-4 to give carbon–12 plus a gamma ray and 7.4 MeV energy given off. In this way a new cycle commences, leading to a heavier molecular weight core. Each successive burning phase, however, is less efficient than its predecessor, as can be seen by comparing the energy given off in the triple alpha process to the energy given off in the proton-proton cycle.

The key thing to bear in mind in terms of a stable phase (i.e. ‘Main sequence’) star like the Sun is that it is in pressure-gravity balance. The outer gas pressure balances the weight of its overlying layers. Any condition likely to disrupt this balance is therefore of paramount interest.

The stable lifetime of the Sun depends on how long before it consumes ninety percent of the hydrogen in its core. Theoretical investigations using data from nuclear reaction rates and cross sections suggest the Sun’s Main Sequence lifetime at 8-10 billion years. Since it already has spent 4.5 billion of those years, there are anywhere from 3.5 to 5.5 billion years remaining.

Next: Setting the stage for the Sun's evolution: the end of hydrogen fusion
Posted by Copernicus at 4:08 PM