Has the Universe a purpose? 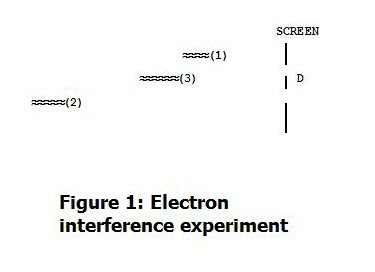 From earliest times both philosophers and theologians have debated the question of whether the universe has a purpose.

Those who saw some divine purpose invariably believed the cosmos had to have been “created”. Most of these creationists appealed to a subjectively perceived evidence of “design” in the universe as an argument for the existence of a special divine creator. William Paley (1743- 1805), for example, drew attention to the complexity of structures occurring in both astronomy and biology, arguing that they could not possibly be a product of blind chance.

In this respect, he may be said to be the father of intelligent design (ID) – now making the rounds as the latest manifestation of the belief that some kind of “irreducible complexity” is embedded in physical- biological reality that dictates one must invoke an external, “intelligent designer”.

The viewpoint of Science in general, and modern physics in particular, is totally opposed to this. This opposition has arisen not merely from logical arguments, but from experiments and observations in quantum mechanics, statistical mechanics and cosmology. In the light of these advances, Paley’s (not to mention ID’s) deficiencies are now evident.

Both physicists and biologists, for example, now recognize many systems in which order and complex activity can emerge spontaneously. In this article, I show how such recognition leads the dispassionate observer to dispense with any notion of cosmic purpose that transcends mere existence in its own right.

A biological example, based on in-vitro experimental studies of cancer tumors, is the individual tumor cell.[1] The cell appears as a fluctuation, able to develop by replication. A cosmological example is the instantaneous formation of the universe by a possible quantum fluctuation[2] that arises when one treats the conformal part of space-time as a quantum variable.

A more prosaic example is the aurora, such as the author observed near Chena Hot Springs, Alaska in March of 2005. This particular aurora displayed two perfectly symmetrical parallel green “tubes”, arcing from north to south horizon. Did an intelligent designer craft two natural fluorescent tubes in the sky? Not at all. The inimitable procession to order (observed over two hours) was dictated by the (pre-existing) presence of the auroral oval around the pole and the polar electro-jet, after impinging electrons from the solar wind began to decelerate into the oval and form currents in sheets. These were then shaped by the ambient magnetic field of Earth into the two parallel tubes visible near Chena.


What do the above examples disclose? Basically, that William Paley’s famously naïve argument: “A watch must always have a Watchmaker, so also the universe must have a Maker or Creator.” is flawed and outdated.

The analogy is flawed, first, because the universe is not a mechanical contrivance like a watch. Apart from the fact that – for the most part (certain limited domains in celestial mechanics excepted) the ‘clockwork universe’ was dispelled when quantum theory emerged. Unfortunately, while the practicing physicist has long since had to adopt an indeterminate, non-mechanistic world view (e.g. guided by the experimental results from quantum physics), the same cannot be said for non-physicists, including theologians, philosophers and multitudes of laypersons.

These groups continue to labor under erroneous assumptions of causality and “order” generated almost exclusively by an ignorance of modern physics. For example, an ignorance of the fact that simultaneous measurements at the atomic level are fundamentally indeterminate. Technically, for one of the most common forms of the Heisenberg Uncertainty Principle, this may be expressed (in terms of position x, the Planck constant h and momentum p = mv):

In term's of Bohr's (Complementarity) Principle, the variables x (position) and p(momentum) are regarded as "mutually interfering observables". This is why only one can be obtained to precision, while you lose the other. In another sense, one can think of approaching a particle in such way (or with such apparatus) that it suddenly gets 'wavy'. At a particular stage of resolution, as the late David Bohm noted, the particle aspect vanishes and you apprehend a wave. But during some interim threshold one can regard it as a wavicle. Of course, if Heisenberg's principle didn't apply - meaning we could know both the position and momentum to the same degree of accuracy, then: [x, p] = 0 such that x*p – p*x = 0 spells out non-interference.

In cosmological terms, the whole concept of “order” has been relegated to a minor and tiny niche of the extant cosmos. For example, the recent balloon-borne Boomerang and MAXIMA UV measurements to do with Type I a supernovae, have disclosed a cosmic content:[3]

In effect, 93% of the universe can’t even be assessed for “order” since it can’t be seen. In the case of dark matter, one can only discern its presence indirectly by the visible effects on neighboring matter. In the case of dark energy, the underlying physical basis isn’t even known – though we know the result is an increase in the acceleration of the universe (arising from a cosmic repulsion attributed to dark energy).

This is all critical, since in the past apologists of teleologism (the belief that purpose and design are part of nature) have cited a perceived “orderliness” as a revelation for the “handiwork” of an intelligent Mind, or Creator. Alas, this falls through the cracks if most of the universe is disorderly, or dark-energy-matter. Indeed, by current assessment – and discounting plasma abundance, one may reckon that even rudimentary order is evident in barely 0.00001% of the cosmos. And this can all be explained or accounted for by appeal to scientific reasoning or hypotheses. For example, the nebular hypothesis, whereby the original solar nebula progressively collapsed under the force of gravitational attraction, can account for the formation of the solar system.

Another point missed by these apologists is that there has always been a profound confusion between the principles of sufficient reason and causation. According to the former: “Nothing happens without a sufficient reason”. As Mario Bunge has observed[1]:

“Giving reasons is no longer regarded as assigning causes. In Science, it means to combine particular propositions about facts with hypotheses, laws, axioms and definitions. In general, there is no correspondence between sufficient reason and causation.”

As an example, let's say I fire electrons from a special "electron gun" at a screen bearing two holes some distance away. At first glance, one might reasonably conclude that the electron motion is singular and follows one unique path. That is, that each fired electron traverses a single, predictable path, following stages 1, 2, 3 and so on, toward the screen. This is a reasonable, common-sense sort of expectation but alas, all wrong! The problem is that common sense is useless in the domain of quantum mechanics.

According to the most widely accepted interpretation of quantum theory[1] , the instant the electron leaves the "gun" it takes a large number of differing paths to reach the screen. Each path differs only in phase, and has the same amplitude as each of its counterparts, so there is no preference. How does the electron differ from the apple? It takes all paths to the screen, the apple takes only one (at a time) to the wall. And the electron exhibits phases (as a wave) while the apple doesn't. The electron's wave function can be expressed:

Here the total wave function for the electron is on the left hand side of the equation, while its resolved wave amplitude states (superposition of states) is on the right-hand side. If they are energy states, they would correspond to all possible electron energies from the lowest (1) to the highest or Nth state (N). There is absolutely no way of knowing which single state the electron has until it reaches the screen and an observation is made, say with one or other special detector (D). This is illustrated in Fig. 1, with each number denoting a given electron state and path.

Prior to reaching the screen the electron exists in a superposition of states or "wave packets". Is this description statistical, or individual? This depends. The wave function has a clear statistical meaning when applied to a vast number of electrons. But it can also describe a single electron as well.[1] In the example just cited, all the energy states refer to the same electron. However, if all electrons are identical, the statistical and individual descriptions coincide.

Germane to the point made earlier, i.e. that there is no correspondence between sufficient reason and causation, one finds that in a large number of cases, the approaching electron goes through both holes in the screen – not just one. This is totally counterintuitive to one steeped in the traditions of Newtonian or classical mechanics. For example, if a baseball were hurled at a wall with two six inch diameter apertures near to each other – it would go through one or the other – but not both! Of course, the electron deviates from such classical behavior precisely because of its wave nature – as demonstrated in the famous Davisson-Germer experiment that verified that particles exhibit wave properties.

The point emphasized here is that this deviation means that in specific spheres (mainly in science, specifically in modern physics) conventional logic and thinking are of little or no use. A number of researchers, authors, for example Hilary Putnam, have argued that the distributive law of classical logic is not universally valid[6] Much of his reasoning (which is beyond the scope of this article) has to do with the peculiar nature of Hilbert spaces that are part and parcel of the underpinning of quantum mechanics.

Interestingly, it is this very indeterminacy that also resides at the core of many quantum bootstrap models, allowing for the spontaneous inception of the cosmos. People have serious problems with such models and ways of thinking because: a) they fail to appreciate the lack of correspondence between sufficient reason and causation, and b) they fail to understand that causality predicated on classical logic is no longer applicable to many areas of modern physics.

While further conceptual/conceptual development remains (the work of science is never final) it is clear that any postulated purpose in the cosmos can already be regarded as a redundant anachronism. If the cosmos can “bootstrap” itself into existence via quantum fluctuation, and acquire “order” (even in highly limited domains) via the implicit laws of statistical and thermal-quantum physics – then it has no need of a “creator” (or “designer”) and no purpose other than to exist. No extraneous being is necessary to ensure its continued stability or existence. More bluntly, the addition of such a being doesn’t advance the quality of our research, or improve our predictions by the most remote decimal place. Hence, to all accounts such a being (or purpose) is totally superfluous.

Thus do humans, as generic offshoots of the cosmos, have any purpose other than to be. If they seek an additional purpose, they must craft and forge this subjectively of their own accord – rather than looking for it on high.
Does this imply that the concept of “God” is outright useless, null and void? Not at all. It merely requires that we re-think the concept so that it is consistent with the absence of higher or extraneous purpose. As Bernard d’Espagnat notes [7]:
“The archaic notion that is conveyed by the words ‘Lord’ and ‘Almighty’ will presumably never recover its full efficiency for lulling the ontological qualms of mankind. For a religious mind, turning towards being should therefore become a subtler endeavor than the mere acceptance of the heavenly will stated in the Bible, formulated by the priests, and exhibited by miracles.”

Finally, the abolition of extraneous higher purpose should not incur any psychic loss for humanity. As Marilyn French has aptly observed:

“It is a loss of dignity to define humanity as a race defined to please a higher Being, rather than as a race whose only end is to please itself. The ‘gift’ of purpose to the human race is thus very expensive: one can fulfill one’s God-given purpose only by sacrificing felicity while one is alive.”