Ask Biden Not To Run Again? Sure, But Only IF Trump Doesn't! 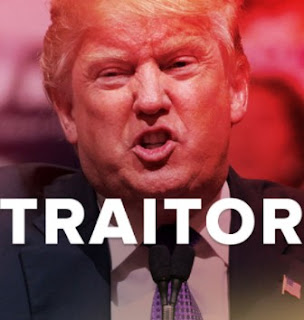 Biden not running in 2024 only works if this Traitor doesn't run!

"The prospect of this democratic collapse is not remote. People with the motive to make it happen are manufacturing the means. Given the opportunity, they will act. They are acting already.

Who or what will safeguard our constitutional order is not apparent today. It is not even apparent who will try. Democrats, big and small D, are not behaving as if they believe the threat is real."  -

Bret Stephens, the WSJ transplant to the NY Times, asserts in his latest piece;

"Is it a good idea for Joe Biden to run for reelection in 2024? And, if he runs again and wins, would it be good for the United States to have a president who is 86 — the age Biden would be at the end of a second term?

I put these questions bluntly because they need to be discussed candidly, not just whispered constantly."

Ok, Bret, I'll bite.   So I'll do that provided you acknowledge we may well face the likely choice of Joe Biden  - old as he is - against a potentially running narcissist authoritarian psychopath traitor  named Donald Trump.  And we already KNOW how Trump would govern, we saw it for 4 years. Hence, in any such matchup I take the old guy hands down vs.  proven traitor.

"In the 1980s, it was fair game for reputable reporters to ask whether Ronald Reagan was too old for the presidency, at a time when he was several years younger than Biden is today. Donald Trump’s apparent difficulty holding a glass and his constricted vocabulary repeatedly prompted unflattering speculation about his health, mental and otherwise. And Biden’s memory lapses were a source of mirth among his Democratic primary rivals, at least until he won the nomination."

I have memory lapses too, but I am still capable of writing a coherent blog post.  I'd say Biden is also rational and coherent in more ways than you can see because you are only focusing on cherry-picked moments.  And if you are also skeptical of Trump's abilities - as you seem to be - than it is only fair Trump be asked, indeed demanded, not to run again given his attempts to overthrow the government and commit other treasonous acts.

"Yet it is now considered horrible manners to raise concerns about Biden’s age and health. As if doing so can only play into Trump’s hands."

Well, that's because it does play into Trump's hands!  Again, Trump will use any vile leverage to hurl himself back into unearned power when he needs to be stopped.  That means, for your benefit, the priority is stopping Trump more than having Biden not run.  This is  no brainer, given an elder president with some memory "lapses" is less a threat to our nation than  an avowed traitor and narcissist demagogue who is also mentally unstable.

Bret goes on to point out correctly that any such daft move as getting Biden to agree not to run will have the effect of turning him into a lame duck.  But he says it is for the good of the Dem party so it will have time to select other "aspirants" to be candidates, including Kamala Harris (whom the corpo media has trashed as much as Bernie Sanders), or Commerce Secretary Gina Raimondo and Transportation Secretary Pete Buttigieg.

All of them fitting candidates but again likely to lose in an existential battle against Trump.  Raimondo lacks the name recognition, while Buttigieg needs about two more election cycles before this nation evolves enough to be able to accept a gay man as commander-in-chief.  This isn't being biased at all, just stating a hard fact and you can bet your bippy the FOX degenerates will be ready to exploit it.

There is another reason Trump must be stopped at all costs, even if it means re-electing  an 80+ year old Joe Biden: preserving what's left of our democracy. We call here on Barbara F. Walter, a political science professor at the University of California at San Diego.  She serves on a CIA advisory panel called the Political Instability Task Force that monitors countries around the world and predicts which of them are most at risk of deteriorating into violence.

We already saw in the first ‘round’ how things deteriorated so dramatically under Trump.  One of the most excruciating insane spectacles was shown by Maddow last night, in terms of fraudulent Reepo Trump electors in Wisconsin trying to pass themselves off as the real deals. See e.g. the transcript from the first part of her show here:

How Donald Trump Could Subvert the 2024 Election - The Atlantic

In fact, that the United States no longer technically qualifies as a democracy. Citing the Center for Systemic Peace’s “Polity” data set — the one the CIA task force has found to be most helpful in predicting instability and violence, Walter found we are closer than ever to the precipice and indeed, civil war.

For much of its history U.S. democracy had received the Polity index’s top score of 10, or close to it,. But in the five years of the Trump era, it tumbled precipitously into the anocracy zone.  (An “anocracy,” means somewhere between a democracy and an autocratic state .) By the  end of his presidency, the U.S. score had fallen to a 5, making the country a partial democracy for the first time since 1800.  According to Walter from her text:

“We are no longer the world’s oldest continuous democracy.  That honor is now held by Switzerland, followed by New Zealand, and then Canada.”

This is another reason why Trump must not be allowed to be re-elected!  Because we know, as local political columnist Mike Littwin has observed ('Voting Rights, Right Now!', COS Indy, Dec. 15-21,  p. 18):

"If Trump, friend to autocrats, runs again, he will do so (mount a coup) using the same Big Lie that the 2020 election was stolen from him."

And yet as he notes, complacent Dem dimwits - like Sens. Manchin and Sinema - are content to sit on their butts and not protect this Republic . Lacking the intellect and insight to see the threat is as real as a heart attack. Walter's  bottom line, from her book:  “How Civil Wars Start,"  wherein she lays out the argument in detail, observes:

“We are closer to civil war than any of us would like to believe.  No one wants to believe that their beloved democracy is in decline, or headed toward war.   But if you were an analyst in a foreign country looking at events in America — the same way you’d look at events in Ukraine or the Ivory Coast or Venezuela — you would go down a checklist, assessing each of the conditions that make civil war likely. And what you would find is that the United States, a democracy founded more than two centuries ago, has entered very dangerous territory."

The United States has already gone through what the CIA identifies as the first two phases of insurgency — the “pre-insurgency” and “incipient conflict” phases — and only time will tell whether the final phase, “open insurgency,” began with the sacking of the Capitol by Donald Trump supporters on Jan. 6.  If Trump manages to sneak into office again-  thanks to corrupt Repuke cult shenanigans-  a Civil War will be cemented.

Rachel Maddow already showed (see link to her transcript from last night above) the Wisconsin Repuke traitors already considered arresting Dem mayors in cities like Green Bay.  They've gone this far because no one has stopped them up to now. So they test every remaining guardrail to see how far they can go.  If no one, nothing, impedes them - then the only final thing to halt their autocratic takeover will clearly be a civil war as Barbara Walter sees it.

Government
The “In Emergency, Break Glass” Moment For Democracy Is Here The Founders of this nation, and the Framers who wrote our Constitution, created (as Ben Franklin famously said) a constitutional republic: a government “deriving its just powers from the consent of the governed” through citizens’ (then white men’s) right to vote.

They referred to this as “republicanism” because it was based on the Greek and Roman republics (then thousands of years in the past but still remembered and idealized), and when put into law they called it “a Republican Form of Government.”

Today that form of government in crisis in America, as that core right to vote that defines republicanism is under attack by Republican legislators in red and swing states across our nation.