An Unfocused, Incompetent Corporo-Media Is Largely Responsible For The Awful Biden Ratings And Coverage

WaPo Columnist Dana Milbank hit the the wicket for '6' when he noted in a Saturday column that the media has totally lost its sense of proportion in its coverage of Joe Biden vs. Trump the Traitor.  As he noted:

"Think about that. In 2020, Trump presided over a worst-in-world pandemic response that caused hundreds of thousands of unnecessary deaths; held a superspreader event at the White House and got covid-19 himself; praised QAnon adherents; embraced violent white supremacists; waged a racist campaign against Black Lives Matter demonstrators; attempted to discredit mail-in voting; and refused to accept his defeat in a free and fair election, leading eventually to the violence of Jan. 6 and causing tens of millions to accept the “big lie,” the worst of more than 30,000 he told in office.

And yet Trump got press coverage as favorable as, or better than, Biden is getting today. "

Milbank offered this theory of the case:

"How to explain why Biden would be treated more harshly than a president who actively subverted democracy?....I suspect my peers across the media have fallen victim to our asymmetric politics. Biden governs under traditional norms, while Republicans run a shocking campaign to delegitimize him with one fabricated charge after another. This week, Republicans threatened a government shutdown to block Biden’s vaccine mandates, after a year of efforts to discourage vaccination. Yet, incredibly, they’re simultaneously blaming Biden for coronavirus deaths — deaths occurring almost entirely among the unvaccinated. “More people have died of covid under President Biden than did in all of 2020,” proclaimed Sen. John Barrasso (Wyo.), GOP conference chairman.

Too many journalists are caught in a mindless neutrality between democracy and its saboteurs, between fact and fiction. It’s time to take a stand."

Milbank's take is essentially correct regarding the press falling victim to asymmetric politics.   It has become so desperate to avoid being seen as "partisan", i.e.  to one side (left),  that the mainstream media over compensates by basically ignoring the transgressions of a bunch (Repukes)  that has ceased to be a political party - and is now a political cult.  A cult devoted to authoritarianism and violence and willing to burn all our norms to cinders in obeisance to a vile traitor.   As Milbank added at the end of his piece:

"How about being partisans for democracy? The country is in an existential struggle between self-governance and an authoritarian alternative. And we in the news media, collectively, have given equal, if not slightly more favorable, treatment to the authoritarians."

But the press may be too damaged by Trumpism already to do that.  Having been repeatedly torched as "public enemies" during Trump's odious 4 year reign, the media - press is now trigger shy. The slightest hint of going even a little bit toward defending the only party supporting democracy gives them the willies. They are afraid of their own shadows, that of the looming loser Trump's too.  They are effectively accomplices in the nation's headlong dive toward democratic extinction and can't even see it.

There may be another side to this too: the takeover of too many news sources by capitalist hedge fund outfits, or investment banks.  As I noted in my April 18, 2018 post on the demise of The Denver Post:

"In the case of The Denver Post, I began to get worried some ten years ago when a number of liberal reporters like Cindy Rodriguez and Michael Booth were rendered redundant.. At that turning point the paper lost many of its liberal readers, and in truth, I cut my subscription down to 5 days a week.  I confess to being less interested in reading the blabber of conservative mouthpieces like Thomas Sowell, or their many clones hailing from assorted "think tanks" like the Hudson Institute, The American Enterprise Institute and others.Then, in the last two years the Post's proportion of ads increased significantly while the original reporting - whether on the state's health care woes, the environment, higher education or assorted protests, dwindled. At that point I cut my subscription down to 2 days a week, Wednesdays and Sundays, opting to read The Financial Times online the other days."

What happened is that the Post got bought out by Alden Global Capital. This is going on full tilt today with other private equity outfits, hedge funds etc. grabbing up the likes of The Baltimore Sun,  USAToday, The Miami Herald, and Chicago Tribune.  It was Robert McChesney in his 'The Problem of the Media' who first pointed out that when media are taken over by corporate interests diverse viewpoints are the first to go. His warning about corporate media networking remains trenchant today, i.e.

"Given this networking system it is safe to say that the media in the United States effectively represents the interests of corporate America and that the media elite are the watchdogs of what constitutes acceptable ideological messages, the parameters of news and information content, the general use of media resources."

"More than a half century ago Hitler said the masses take a long time to understand and remember, thus it is necessary to repeat the message time and time and time again - the public must be conditioned to accept the claims that are made no matter how outrageous or false those claims may be. We as a society, appear to have been well-conditioned to accept any number of claims regardless of how detrimental they are to our environment or to our own well being."

Clearly, the U.S. corporate media has fallen pell-mell into Hitler's trap - and the  Repukes know it which is why they so often repeat their lies that the mainstream media then gulps down. This gives rise over time  to a framing process that is self- fulfilling and self perpetuating which is what I believe we're seeing today in the press refusing to give Biden  a fair shake vis--a-vis Trump. (Who merits NO fair shake at all).

But there is another aspect to this media behavior, which I call surrendering to  the "click factor".  This likely motivates the press to be so careless in pursuit of faux objectivity and committed to distortion regarding Biden.  That is, they got conditioned to so much circulation and profit during the tumultuous Trump years they got addicted to it. It is admittedly a kind of human error-   even for the collective media - but unforgiveable in these times after an insurrection and a dissembling bunch (GOP)  that refuses to be changelings.

To remind readers, it was a 24/7  news cycle which had covered almost every inane Trump outburst or unhinged, vile tweet. No one knew what the orange fungus would pop off about next and the media made a game of following him slavishly.  Now in a normal setting-  with a president that adheres to norms  - the media can't deal with it.  By which I mean the lagging interest in  regular news about the presidency, the policy aspects, law-making, normal international conferences, and the rest. But especially the fall off in circulation and profits as the interest in everything Trump waned, especially after he was barred from Twitter.  So there were no more turbulent 24 hr. cycles with Trump meltdowns, narcissistic rage or rhetoric to obsess over- or waste column space on to grab eyeballs or clicks.  What to do?  Well, pile onto Biden, distort his achievements by negative framing - and at least get a lot of Trumpies into the click bait fold.

One of the most annoying  reprobates in this regard is Bret Stephens, who over the last few months hasn't wasted a column in the NY Times without attacking Biden - directly or indirectly. In his latest effort:

He tries to make a case to put the blame for the ongoing COVID nightmare out of sight: i.e. we won't blame the Right, or Trump, and we won't blame Biden or the Dems.  Seriously?  Has he lost all his marbles or is he that dug in with the media "both sides" codswallop?  If the twerp would read Edward  Luce's recent piece ( America’s historic missed chance on Covid )  in The Financial Times he'd see that Luce specifically lays blame on the Republicans for using Covid to try to bring down Biden's ratings, i.e. by circulating anti- vaccine horse manure and that the virus ain't that bad. Thus, deaths piling up in the mainly unvaccinated red states.

But Stephens shtick precedes him and although he found a new platform to spout his balderdash in the NY Times, he still has his WSJ "dna" and it needs to be recognized, i.e.

The next big media test which I will be looking at -  to see if the mainstream has really gone down this rabbit hole of 'balanced'  pro-Trumpism -  is how they treat Biden in the wake of the Russian issue with Ukraine.  (Russia now massing troops at the border but with Putin to appear in a  Zoom conference call with Biden tomorrow.) If they pile on like they did with the Afghan withdrawal, watch out.   What we need now is an alert, forthright and competent media capable of seeing the dire threat we are under from the authoritarian nationalists.

That means getting rid of the both-sides nonsense and focusing on the fact we only have one real political party right now with a purpose and agenda to govern, as opposed to obstruct, distract and destroy.  We've all been warned!

Media
Why We Urgently Need Media Outlets for the Common Good

Media
Why I Don't Trust the Mainstream Media

Government | Politics
The Week Ahead: A Test for the American System

Media
Will the Media Wake Up to the Danger to American Democracy? 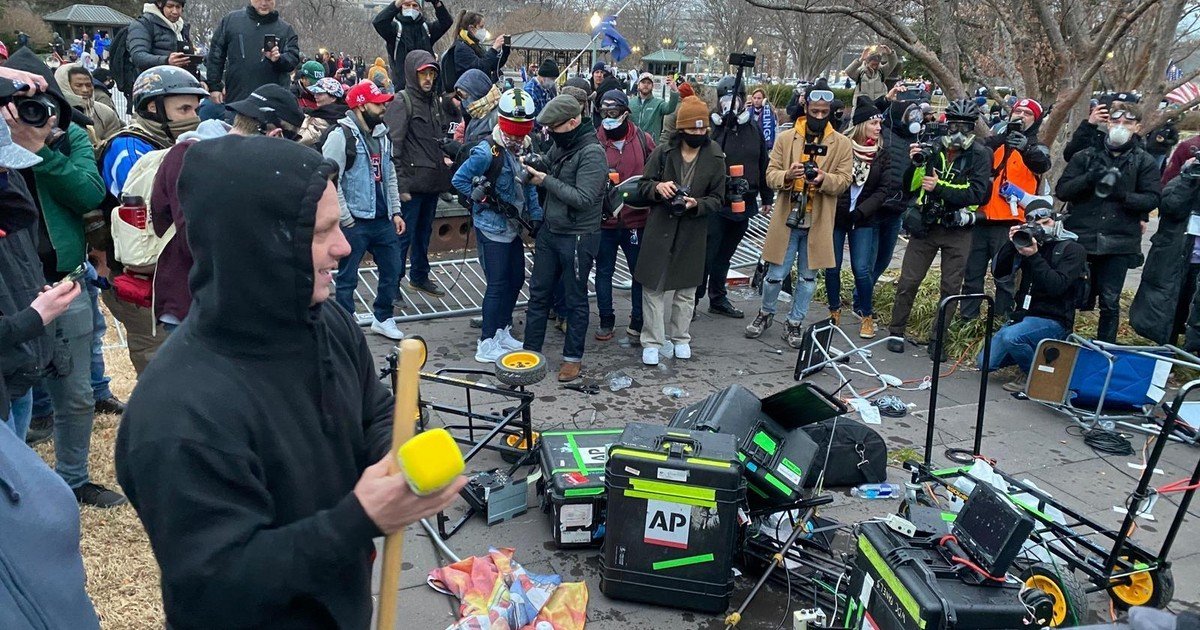 Economic Policy | Media
Dear Traditional Media: Do Better by All of Us on Build Back Better 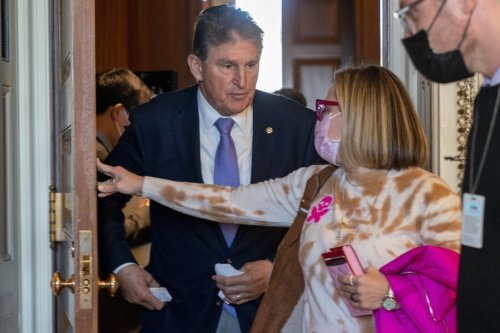 Denver Post Rebels Against Its Hedge-Fund Ownership - The New ...