The next important feature when considering the basic principles of radio astronomy is the polarization of the radio source. This is given that the information is considerable and every non-thermal process emits some random polarization which can be described by two components, and electric (E) vector and a magnetic (H) vector:

Electromagnetic waves with the above vectors are often represented as in the diagram below: 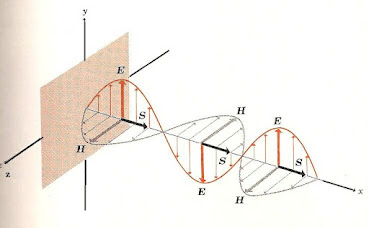 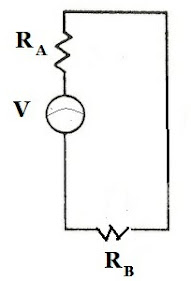 The maximum power is obtained under the condition:

Then the available power is:

Let the total area of an antenna be A T  then the total power:

Where F is the energy flux of the incoming wave .

The Gain of an antenna:

For an isotropic lossless antenna the flux emitted is:

(Where P is the applied Power )

For an anisotropic antenna:

Where the gain  g is subject to the constraint:

For all secondary lobes then the beam efficiency of the antenna is:  1 -  r

The relation between the gain of the antenna and its effective aperture (A') such that:

Now, every radio telescope receives waves that come from fairly restricted areas of  the sky and this is defined by what's called the beam.  Every antenna - and by extension radio telescope- has a main lobe called the "main beam" and also side lobes off to the side.  The side lobes have different causes but most result from diffraction (Consult the astronomy archives for past answers pertaining to diffraction in optical telescopes).   The pattern of a radio telescope beam and typical side lobes are shown below: 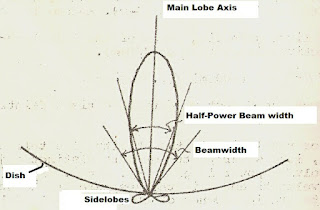 Main lobe and directions for side lobes

Note the side lobes are weak but can still represent a significant fraction of the power a radio telescope receives. Generally 80-90 percent of the signal entering a receiver from a typical dish comes through the main beam, the other 10-20 percent through the side lobes.  In the case of the initial radio telescope diagram, try to imagine the wave fronts coming in at an oblique angle instead of directly., e.g. 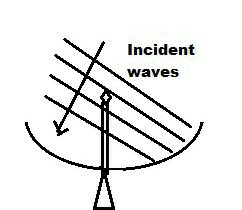 Here, the arrival of the left side of the wave is later than the right, because it happens to travel an extra distance.  If one finds this distance d is such that: d sin  q     =     l/  2

Then we have the left -radio wave fully cancelling the right and no signal gets through. Obviously one wants to avoid this condition.  Ideally then, we need:

d sin  q     =  0.
Again, every radio telescope has maximum reception in location and this falls off according to the beam pattern.  A convenient way to specify this pattern is by using the beam width and one half the peak (power) height.

From this one can deduce the optimum beam width in terms of the resolution. Thus, if two objects are closer than the beam width then they will blur into one, and the astronomer will be unable to distinguish the sources.  This conveys the importance of a narrow beam width, which just means the signal falls off rapidly as one shifts from one side of the source to the other.The narrower the beam width the better the resolution of the radio telescope. In general:

Again, these basic principles only cover the  most superficial details of the components of radio telescopes and how they work. To get more details it is good to consult basic texts such as this excellent introduction: 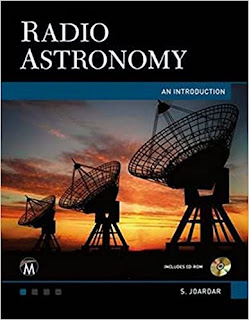 Next:  The plasma physics of radio astronomy