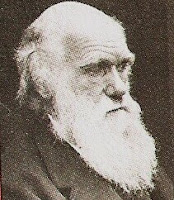 The recent finding that early signs of cancer can appear years or even decades before diagnosis, bears directly on the types of treatment to deal with it.  This revelation  according to the most comprehensive investigation to date of the genetic mutations that cause healthy cells to turn malignant.  (These findings, based on samples from more than 2,500 tumors and 38 cancer types, reveal a longer-than-expected window of opportunity in which patients could potentially be tested and treated at the earliest stages of the disease.) The study revealed that about half of the earliest mutations occurred in just nine genes, meaning there is a relatively small pool of common genes that serve as triggers for cells to diverge from healthy development to a path towards cancer.

In the words of one co-author of the research (Peter Van Loo)  based at the Francis Crick Institute in London:

"Unlocking these patterns means it should now be possible to develop new diagnostic tests that pick up signs of cancer much earlier."

The work was carried out as part of the Pan-Cancer Analysis of Whole Genomes project, the most comprehensive study of cancer genetics to date.  The import and significance of this finding coincides with the push toward a different sort of treatment modality - based on the principles of Darwinian evolution.  This  novel approach to cancer treatment has now come on stream and is using lessons from Darwin’s theory of evolution.  (WSJ, Jan. 9, p. A12)

The unique approach is called adaptive therapy,  and stems from the recognition that cancerous cells, just like other forms of life, mutate and evolve in response to a changing environment. Traditional cancer treatments— such as I've had with high dose radiation for prostate cancer- continuously bombard cancer cells - but can encourage drug-resistant cells to multiply, eventually creating an untreatable tumor.

Well, I didn't develop an "untreatable tumor" but a resistant one, with resistant cells, which then had to be subjected to focal cryotherapy (freezing them to nearly 90 below zero) for a secondary treatment, e.g.
Fighting Prostate Cancer At -90 C: My Cryo-thera...

By contrast, adaptive therapy doesn’t try to eradicate the entire cancer like my brachytherapy treatment did (using Ir 192) . Instead, it seeks to reduce the treatable cells, stop treatment, the wait for those cells to grow back before treating them again.   Well, interestingly, in a way that's what I did, what happened to me. I had the original adenocarcinoma bombarded by high dose radiation in September, 2012.  The tumor then grew back as diagnosed from rising PSA and an MRA scan  e.g.
What I Got Wrong About My MRI Fusion Biopsy

It was then re-treated with the cryotherapy but now five years after the original therapy.

It is possible then that presence of the treatable cells kept the resistant cells at bay, as they competed against each other for resources. The idea, for now (for me) is to keep the size of the tumor in check  (disclosed by PSA and MRI if needed) and manage the cancer as a chronic condition.  In fact, most oncology now is changing to accepting prostate cancer as a chronic condition and not a "one off" anomaly to be cured.   (And if you've read the stories of all those whose cancers have returned after radical prostatectomy you'd see why)
In the larger, more generic sense, adaptive therapy as a concept is still largely experimental, and experts caution that it needs more trials with larger groups of patients. A few doctors are starting to bring the idea into practice—primarily for late-stage, incurable cancers. But a  growing number of researchers are paying attention and looking at cancer through an "evolutionary, survival-of-the-fittest perspective."  (WSJ, ibid.)
Robert Gatenby, the co-founder of Florida-based Moffitt Cancer Center’s new Center of Excellence for Evolutionary Therapy, is a pioneer in the field and driving the bulk of the work in the U.S. on adaptive therapy. He is also a co-author on a small, pilot study, with initial results published in 2017 in Nature Communications, that showed that patients lasted at least 27 months on average without their tumors growing, compared with the usual 16.5 months, while receiving less of the same drug.
Dr. Gatenby, who had a background in physics before going into medicine, often points to pest control to describe therapy, and others in the field have picked up the analogy as well. In pest management, managers often don’t try to eliminate all of the insects but instead reduce their numbers, keeping the spray-sensitive bugs around to compete against the resistant bugs. Pest management developed the technique after overusing insecticides, which eliminated most of the insects. But some resistant bugs came crawling back.

Quoted in the WSJ piece, one oncologist opined:
“I think pest managers are about 30 years ahead of the oncologists,”
To be sure, evolutionary oncology, is decades old but it has gained more clinical traction in recent years as mathematical modeling has better enabled researchers and mathematicians to predict how tumors will change in response to specific treatments.  According to Christine Iacobuzio-Donahue, director of the David M. Rubenstein Center for Pancreatic Cancer Research at Memorial Sloan Kettering Cancer Center, who researches cancer genetics:
“The field is small but it’s growing.  Right now, people hear evolution and cancer and it’s intellectually stimulating, but we want to get past intellectually stimulating and save lives.”
Nonetheless,  the idea of not completely destroying a cancer isn’t always easy to sell, especially since cancer research and treatment has focused firmly on a cure for decades.  A misplaced emphasis in my opinion, given how many patients are devastated - especially after having a radical surgery that destroys their sex lives (as in RP) and then learn the prostate cancer has returned.   Certainly, if many cancers are now found to originate earlier than believed it makes sense to keep treatment "powder" dry, until really needed, in line with the Darwinian adaptive solution.
Although the mathematical modeling predicted that the optimal time to halt treatment would be after the tumor had shrunk by 25%, the researchers decided to wait until the tumor had shrunk in half to make the concept more palatable, said Alexander Anderson, the chair of the Integrated Mathematical Oncology department at Moffitt, who works closely with Dr. Gatenby
The Moffitt pilot study originally enlisted 11 patients with late-stage, metastatic prostate cancer that was resistant to earlier treatments. The patients were put on the drug abiraterone, or Zytiga, and researchers tracked the tumors by monitoring the  PSA  (prostate specific antigen) in  their blood.  Once the PSA levels drop by half, the doctors halted all treatment until they rose again.    This is a smart approach that directly reflects the adaptive method. (See top graphic)   As we learn in the piece:
"The treatment length was patient-specific: Some patients cycled through the treatment regimen every few months, while others took longer. At least one patient was able to go without the treatment for over a year. Patients, on average, lasted 27 months without tumor progression by the time the initial results were released. Dr. Gatenby says that the continued treatment has extended that average to 33 months, and the project expanded to 20 patients.
The patients also cumulatively reduced the use of the drug to roughly 40% of standard dosing, Dr. Gatenby says, meaning they spend less time dealing with side effects. One month of the drug can cost upward of $6,000, according to the paper, so a pause in treatment can also save a patient thousands of dollars."

This is also the plan I intend to use if and when the currently contained PSA roars back and I may need hormone treatments, or androgen deprivation therapy. So, as I informed my primary care doc, I plan to postpone beginning ADT  until I become symptomatic and then cut it off after 6- 12 months, by which time the most grievous side effects (such as enlarged breasts, cardiac issues, weight gain, cognitive decline etc.) should subside.

It will also provide an adaptive attack plan, such as described in the graphic shown at top, where the drug (e.g. Casodex) eliminates some of the sensitive cells but not all.   The remnants to be cleared out or contained in subsequent administrations.  Interrupting- limiting  Casodex therapy is a good idea in any case, to spare metastatic prostate cancer victims some of the worst side effects, including being reduced to mental vegetables!