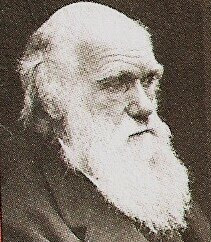 It was inevitable that once creationists gave up their moronic human origin "theories" they'd have to find an alternate way to try to argue the origin of species in an (apparently) more rational way.  Thus was born the pseudo-science of "intelligent design".  What I want to do in this post is expose some of the fallacious scientific reasoning as well as the logical misfires which underpin "ID" as we shall abbreviate it.

One often made generic claim is that “intelligent causes exist”, but in proposing this the ID advocate confuses the principles of sufficient reason and causation. According to the former: Nothing happens without a sufficient reason.  Philosopher of science Mario Bunge has noted[1] :

Giving reasons is no longer regarded as assigning causes. In Science, it means to combine particular propositions about facts with hypotheses, laws, axioms and definitions. In general, there is no correspondence between sufficient reason and causation.

Thus, while intelligent causes may exist, they are not absolute prerequisites for a scientific hypothesis or explanation. Indeed, in fields such as quantum and statistical mechanics we have acausal determinism, such as in the behavior of the wave function for an atom, which confounds any conventional notion of cause leading to explicit effect. Thus, the problem entails using an unjustified generalization to describe all physical systems.

ID also punts by not identifying the nature of its “designer”.  A priori one must know what one is looking for. For example, consider the “intelligent cause” of a complex cosmic radio signal, which may contain what appear to be mathematical relations. As such a signal is being parsed (say for the signature of an extraterrestrial intelligence), certain assumptions are attendant – including whether the presumed originating “aliens” can actually exist at the source location.Intelligent design  proponents by contrast offer no insight at all into their  designer. Is it some kind of deity? If so, it is definitely in the realm of religious dogma, and probably beyond any measurement or scientific test. In which case, its pursuit is a waste of time.

Is it a space alien from Tau Ceti, or Zeta Reticuli? If so, we may demand the cosmic radio signals  that unambiguously make the nature of the designer clear. If ID’ers  can’t specify their designer, why should we take it any more seriously than ‘Bigfoot'?

In the end, "irreducible complexity" (which is the specious basis of ID)  inevitably amounts to an argument from ignorance. Because a structure (e.g. eardrum)  or a  process (origin of life from inanimate matter) appears difficult from the inferior vantage point of the percipient, it’s automatically assumed that no scientific appeal can be made. No model, however remotely probable, can be offered. Thus “intelligent design” is latched on to as a “god of the gaps”. But history shows how absurd such an approach is.

For example, ball lightning used to be assumed to be a supernatural manifestation until its static electrical nature was exposed. Same thing with St. Elmo’s fire appearing near the yard arms of ships.  Diseases like plague were believed caused by “malefic influences” or even demons, until the microbial basis of pathogens was revealed by the use of microscopes.

A hundred years ago no one could explain how the Sun could give off so much heat and light for so long. Not until nuclear fusion was discovered, and evidence obtained – e.g. by specialized detectors – that they were occurring on the Sun.

All these and more disclose that a long record of scientific history exists to demonstrate the wisdom of the materialist- physicalist view. And why special, ad hoc causes are to be dismissed as unfounded.   To consolidate these points and problems for Intelligent Design, I offer a number of other questions they have never been able to properly answer, or even address:

1)      Why doesn't the designer insinuate itself into the domains of other worlds in the solar system to create life? Why isn't Mercury inhabited by designed creatures, or Venus? Or Jupiter?

IF the designer is also omnipotent it ought to be able to design outside of purely natural (or terrestrial) norms and limits. (Thus an organism on Venus, for example, that can live off sulphuric acid, CO2 in the atmosphere and an atmospheric pressure of 90 atm.)

If the designer is not omnipotent, and indeed doesn't exist in the first place - it makes more sense that life will only occur on certain planets within habitable temperature zones and containing the elements (oxygen, nitrogen, water etc.) needed for life. In such cases, it isn't "design" at work but a long, gradual process of chemical evolution that eventually leads to life forms. The only reason to invoke a designer in the first place is that it possesses ubiquitous power to design ANYWHERE! If it can't do that, or is limited by conditions already in place - we simply don't need it. It's redundant.


2)      If the above limitations apply, then what are the necessary and sufficient conditions for a designer to exist? Do these conditions apply to a singular, unique entity or to multiple ones? If the entity is claimed to be supernatural, then what abiding properties must we look out for to substantiate it.

If the designer exists and is not a figment of the imagination, then it should be possible to predict what it can design in a totally novel situation. Say, operating under different planetary conditions: e.g. mass, gravity, atmospheric composition etc. This will demonstrate there is a real empirical basis to the entity compatible with the claim, and not merely a posteriori statistical hocus pocus.

The inability to deal with either of the preceding sets of problems, questions discloses proponents of ID still haven't produced the "goods" to warrant our taking it any more seriously than a bizarre creationist tract, such as the claim that human co-inhabited the planet with dinosaurs in some early epoch. That means first establishing a base of facts and evidence unique to itself. Then, formulating testable predictions which can be made and that turn out to be more accurate than those of naturalistic evolution. Until ID's proponents accomplish that, preferably in the context of publishing in established scientific journals - it will remain rank speculation.

The optimal alternative to the fantasy of ID is the empirical one according to modern scientific Materialism.  That specific hypothesis concerns natural selection and is best summarized concisely in Richard Dawkins own words (The Blind Watchmaker, p. 317):

"The theory of evolution by CUMULATIVE NATURAL SELECTION (emphasis mine) is the ONLY THEORY we KNOW OF that is capable of explaining the existence of organized complexity. Even if the evidence did NOT favor it, it would still be the BEST THEORY available. In fact the evidence DOES favor it, but that is another story.
Let us hear the conclusion of the whole matter. The essence of life is statistical improbability on a colossal scale. Whatever is the explanation for life , therefore , it cannot be by chance . The true explanation for the existence of life must embody the very antithesis of chance. The antithesis of chance is NONRANDOM SURVIVAL, properly understood.
Nonrandom survival, improperly understood, is not the antithesis of chance, but chance itself. There is a CONTINUUM CONNECTING THESE TWO EXTREMES, and it is the continuum from single step selection to cumulative selection. Single step selection is just another way of saying pure chance. This is what I mean by nonrandom survival improperly understood.
CUMULATIVE SELECTION, by slow and gradual degrees, is the explanation, the ONLY WORKABLE explanation for the existence of life's complex design"
See also: