Other Voices Weigh In On That Democratic Debate

That was the last Dem debate, and the most aimless, chaotic and pathetic which wifey and I stopped watching after an hour. It was too much to take with all the stupid mudslinging which will merely provide fodder for the Trump cabal in the coming campaign.  The Guardian UK headline last night said it all: 'Democratic Challengers Face Fallout From Rowdy TV Debate.'

Dems ought to have known better than to fire so freely on each other, especially when the orange Turd-in -chief is doing nothing about the looming COVID-19 outbreak in the U.S. - which will likely close schools, stores, you name it.   The Dems did themselves no favors, but as  blogger Cody Fenwick notes (link below) the CBS moderators were totally inept and out of their league, certainly compared to earlier CNN and MSNBC moderators.  Gayle King and Nora O'Donnell (as well as Major Garrett) would have been better served moderating a junior high debate.

Anyway here are a few other voices on what transpired since you won't get mine.


2020 Elections | Democrats | Media
There Were Zero Winners and Lots of Losers at the Democratic Presidential Primary Debate
by Cody Fenwick | February 26, 2020 - 7:57am |

Well, that’s was a complete disaster.

Tuesday night’s Democratic presidential primary debate was the last time the candidates would meet on stage together before the potentially pivotal South Carolina primary, and largely because of absolutely dreadful moderation, the whole event was essentially pointless.

I often write up my analysis of debate nights by explaining my subjective perspective about who came out stronger after the debate and who left weaker — winners and losers. But by the midpoint of the debate on Tuesday night, that format looked less and less appropriate.

The muddled, confused, and slapdash nature of the event made the candidates all look like they were struggling to get a word in edgewise. They talked over each other. The questions would insubstantial and amateurish (ironically, one of the best questions came from Twitter.) There was no cohesion to the discussion and no internal logic behind which candidate got to speak. And while there were jabs and counterattacks between some of the candidates, the moderators were usually unable to pull the discussions in a meaningful direction. 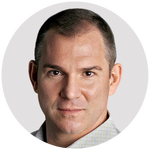 The Democratic Party Devours Itself

In case you were at all confused, Bernie Sanders is the apocalypse. Or something very close to it.

That was the message from his six rivals on Tuesday night at the latest and perhaps nastiest Democratic debate, which devolved at times into an oratorical melee of overlapping voices, overheated tempers and dire warnings about what would happen if Sanders, the current front-runner in the contest for the Democratic presidential nomination, becomes the party’s nominee. President Trump would get four more years. Several of the Democrats on the stage in Charleston, S.C., essentially guaranteed it.
--------------- Fact Checker: Two billionaires were not as transparent with their tax returns as they let on