Other Voices Weigh In On Dotard's State of the Union

Now, some other voices on the Trump lie fest, otherwise called "State of the Union" (which neither wifey or myself wasted time with):

"The ghost of Orwell has never been far from Trump’s misleading rhetoric, outright lies, dehumanizing invective and punitive policies. All of the latter were on full display in Trump’s 2020 State of the Union address. Trump’s speech moved between the kind of absolutes one expects from demagogues, including comments that ranged from how great America is (overlooking how millions live in poverty and millions have lost health care under Trump) and how the U.S. economy is in an unprecedented boom (when in reality it grew at its slowest pace since 2016). Trump’s speech also included outrageously false claims about the president’s supposed support for people who have preexisting conditions and protection of Medicare, Social Security and Medicaid, when in reality he has taken steps to weaken or eliminate protections for patients with preexisting conditions, and he has proposed cutting funding for all three social programs."


State of the Union: Surreal and Angry, with Way Too Much Rush Limbaugh

Trump was clearly on edge. When Speaker of the House Nancy Pelosi held out her hand to shake his before he took the podium, he refused to take it, signaling that there would be no more nods to decorum than absolutely necessary. In what was a first as far as anyone can remember, the Republicans chanted "Four more years" from the floor as he began to speak. Their enthusiasm only got more hysterical as the evening wore on.

Trump delivered the speech in his usual wooden style when he's reading someone else's words on the Teleprompter. He bragged for at least a half an hour about his alleged accomplishments, ungraciously stating as usual that he had succeeded where all his predecessors had failed. And there were some reality-show moments. He announced that he was giving a little girl in the audience a voucher for the school of her choice and acknowledged a 100-year-old Tuskegee airman along with his 13-year-old great-grandson, who aspires to join the Space Force. He really went for the bathos and pathos by surprising a military wife with her husband who had been deployed overseas. Everyone, Republicans and Democrats alike, applauded as expected for these calculated moments of Oprah-like sentimentality.

Many of the "real folks" he acknowledged in the audience were people of color and part of his speech seemed geared to giving the false impression that he is particularly devoted to raising up minorities with appeals to school choice and criminal justice reform. This was likely one of his consultants' ideas, perhaps with the aim of peeling off a few African American men from the Democrats, but mostly in an attempt to lure back some of the formerly devoted white women in the suburbs who find him to be reprehensible. 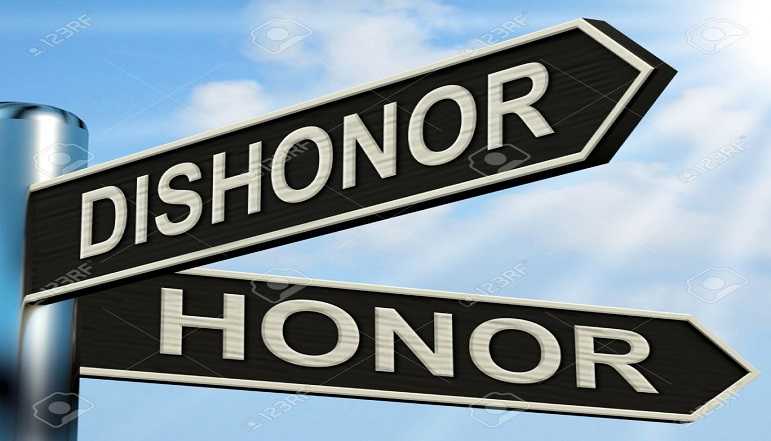 Wasn't that a pretty sight on Tuesday night when the Slavic Princess hung that worthless scrap of ribbon on Rush Limbaugh's neck, yet another stellar moment in the carefully crafted surreality show Trump and Stephen Miller staged, an impeached POTUS blowing smoke up our collective asses in complete confidence that the lies he was telling would never be refuted on Fox "News" or on any of the right wing talk radio shows that took Limbaugh as their model and god of "excellence," a franchise that has been polluting the American mind over the three decades of Limbaugh's great service to this now "great" nation. Trump's favorite golfing partner and fellow sex tourist was so surprised by this great honor, so moved, so proud that he thumped his chest and pretended to be taken off guard. The Presidential Medal of Freedom? For me? Oh, I'm sooo worthy.

But, as Ernest Borgnine told William Holden in The Wild Bunch, keeping you word only matters in the context of "who you give it to," a bit of situational ethics that Republicans surely would understand. Trump, for instance, has never shown a scintilla of concern about keeping his word whenever going back on it seemed to benefit him even a skosh. Breaking contracts, lying incessantly, screwing people who signed up for his bullshit "university," and parading out a fantasy about the state of things in this country for over an hour this week, a speech in which most every bit of truth was stood on its head.

As Dear Leader wound up his State of the Union, and Nancy Pelosi tore its pages in quarters as she stood behind him, I had the same reaction that many colleagues out in the Twitter universe had. We all instantly recalled George W. Bush’s words at the end of Donald Trump’s inaugural address in 2017: “Well, that was some weird shit.”

Except that Trump’s speech wasn’t just weird, it was some Nuremberg shit, too, the rhetoric and Republican hysteria in the hall all too reminiscent of those terrifying days of the 1930s when Adolph Hitler harangued adoring crowds, the whole spotlighted production designed for Leni Riefenstahl’s cameras, with the intimidation dial turned up to 11.

Trump’s State of the Union wasn’t in a stadium filled with tens of thousands of Nazis, but it was similarly camera-ready, fueled by craziness as it took advantage of every reality show trick he learned during his years posing as an ersatz billionaire on The Apprentice.