See How A REAL President Conducts A Press Conference - vs. A Hollow Pretender -Elect 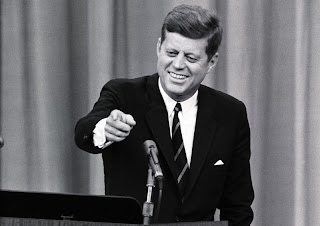 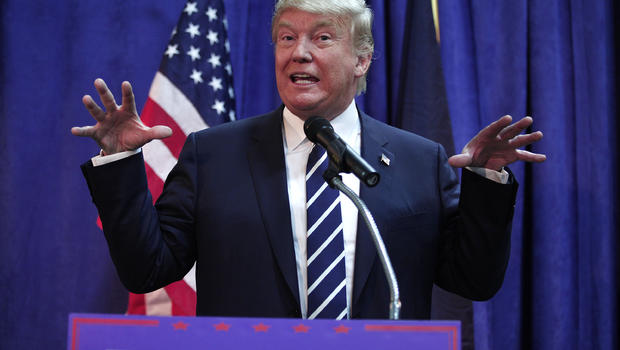 Watching the spectacle of Trump's first press conference in 168 days yesterday had me wondering why the hell I bothered. Well, let us admit that deep within every person there lurks the desire - every now and then - to watch a 'train wreck'. Because that's what yesterday's fiasco was. A brash, brusque buffoon with no class or intelligence, conducting what was advertised by his lackeys as a "press conference" but was in fact merely another forum to display his authoritarian narcissistic tendencies at the expense of the press corps. No give and take, no humor, only crass bully boy attacks that were designed to appeal to only the crassest natures.

But the starkest takeaway for me had to be how far the quality of press conferences had fallen in the past 50 odd years. From JFK's exuberant, infectiously intellectual and witty displays to the obnoxious snorts and indignant accusations - coupled with sneers - of Donald J. Trump.


With any of the excerpts from JFK's press conferences shown here:


In particular, note the respect conveyed to the press by JFK, and the boundless wit and intelligence with which he delivers his responses, compared to Trump's petulant, self-absorbed and accusatory exhibition which was more like a dare, and definitely defiant. As if to say, "wait'll I become President you will really find out who's the boss!"

Might Trump improve to the level of JFK after he's inaugurated. Doubtful, because putting lipstick on a pig doesn't alter the nature of the pig. It's still what it is. In the same way, you can't transfer class or intelligence or even humor to a hollow money grubbing, glorified carny barker who lacks it.

During his afternoon broadcast Fox News’ Shephard Smith said, “CNN’s exclusive reporting on the Russian matter was separate and distinctly different from the document dump executed by an online news property. Though we at Fox News cannot confirm CNN’s report, it is our observation that its correspondents follow journalistic standards and that neither they nor any other journalists should be subjected to belittling or delegitimizing by the President-elect of the United States.”

Shep's points were spot on and shouldn't need bolstering. They ought to be evident to any sane and reasonable person.   Certainly, no genuine member of the press corps who witnessed yesterday morning's diatribe -laced event could not come away shaken, and yes, wondering if freedom of the press might be under the gun in the Trump administration.

National Press Club President Thomas Burr called it "dangerous and unhealthy to declare a news item as 'fake news' to distract from facts that you may not like or don't favor your perspective," in a statement issued about the president-elect's press conference. "Our incoming president must treat the news media as the vital cornerstone of our democracy that it is," he said. "To label something as 'fake' in an effort to undermine news outlets endangers the trust granted journalists by the public and is antithetical to our country's values."

And as I pointed out in the previous post, the ultimate irony of it all is that Trump himself is the "godfather" of fake news!  He concocted the BS news that the "Chinese invented global warming", and also the pseudo-conspiracy bilge that Ted Cruz' dad was involved in the Kennedy Assassination. He also invented the hyper-ignorant bollocks that he actually "won" the popular vote - if you subtract all the "illegal voters". Of course, no evidence at all supports this claptrap any more than Trump's other fake news brain farts. They are all the creations of a febrile mind that operates at the level of a hormone -compromised adolescent - of maybe 13.

The biggest outrage apart from marginalizing members of the press yesterday may be when he compared the intelligence community to "Nazi Germany".  But like his other insane balderdash the analogy is wacked. You can't compare an entire national entity to an intelligence agency. The 'apples to apples' comparison is the U.S.  intelligence agencies to the Gestapo.

But even here he fails. Because if the CIA and other agencies were really like the Gestapo, Trump would have been hanging by his thumbs in a rendition site over a month ago, getting bratwurst enemas and electric shocks delivered to ....well.....all the sensitive areas the Gestapo preferred.

In short, Trump is lucky the intelligence agencies in our country aren't like the Gestapo of Nazi Germany.

The best take recently on Trump has been offered by Richard Cohen in his WaPo article, 'How to Remove Trump From Office'. He writes:

"Donald Trump is a one-man basket of deplorables. He is a braggart and a liar. He is a bully and a demagogue. He is an ignoramus and a deadbeat, a chiseler and either a sincere racist or an insincere one, and his love for himself is matched only by my loathing of him. He is about to be president of the United States. A constitutional coup may be in the offing.

Since winning the election, Trump has not moderated his behavior. He still behaves like a brat ...It is folly to think that aides such as Priebus are going to be able to moderate Trump. They are enablers, emptying their consciences and stuffing their egos, and it is even sillier to think that Trump himself will change

He thinks he is infallible, a kind of secular pope. Things will go from bad to worse...  One remote remedy is impeachment by the House and conviction by the Senate...There is, however, another way. Under the 25th Amendment to the Constitution, the vice president, together with a “majority of either the principal officers of the executive departments or of such other body as Congress may by law provide” can remove the president for being “unable to discharge the powers and duties of his office.”

The 25th amendment, hmmm. sounds like a plan to rid ourselves of this ambulatory pestilence.

Posted by Copernicus at 7:21 AM