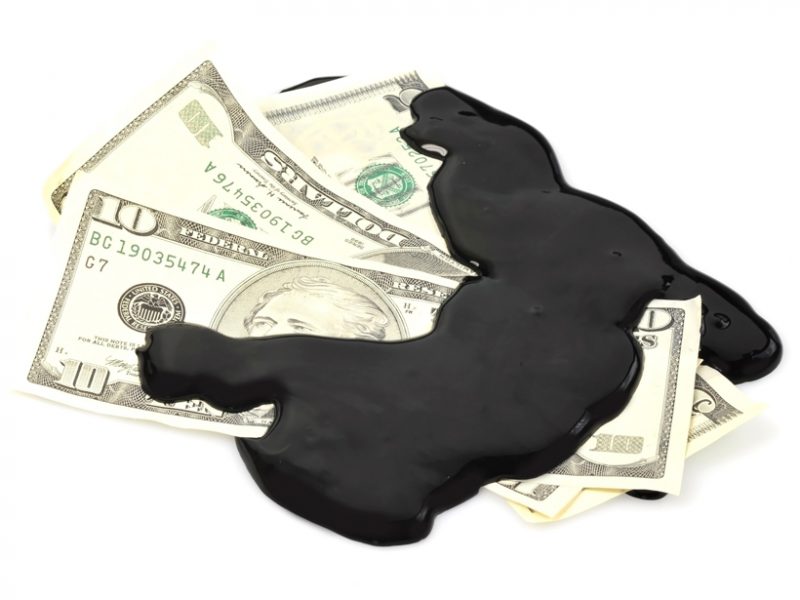 When I joined the American Geophysical Union more than 30 years ago, I did so to be part of a professional organization of scientists at the forefront of research from space physics to climate change.  Indeed, from the time the AGU position on climate change first came out, followed by a mild revision, e.g.


It has been encouraging to see at least one major scientific organization out in the open stating clearly the extent to which climate change-global warming is real and a threat to all of us on this planet.

Therefore, it was somewhat shocking to read in a recent issue of Eos: Earth & Space Science News (December, page 8, 'AGU Should Sever Ties With ExxonMobil') that the research organization to which I belong has actually been taking money from the most arrogant and deceptive climate change deniers for the past 15 years.  This according to the three authors of the article: Michael Mann, Naomi Oreskes, and Kerry A. Emmanuel.

As the authors note:

"For decades, ExxonMobil has engaged in a campaign of disinformation: funding individuals and organizations committed to portraying climate change as highly uncertain, if not a hoax; questioning the motives of climate scientists; and targeting researchers for personal attacks aimed at discrediting their findings.

ExxonMobil executives have repeatedly suggested in speeches, in interviews, and in “advertorials” that climate science was too unreliable to be trusted as a basis for policy making. Flying in the face of peer-reviewed economic studies, they have also insisted that the costs of mitigating climate change would be greater than the benefits.


These opening sentences left me with mouth agape and in near disbelief. How on earth could an organization to which I'd committed more than 3 decades of time, energy (and money!)  have made such an awful, near sighted decision? I mean, why accept "blood oil money" from a bunch dedicated to denying what your own position statement displays?  Have even the most venerable professional scientific organizations been perverted by "Trumpdom"? Well, of course, that can't be a factor given it's been going on for 15 years. This elicits the question of whether the money given was that important to AGU carrying out its mission.

I doubt it, given that a half million bucks over 15 years is, let's be clear, essentially "chump change" compared to the tens of millions collected in regular professional fees, membership fees. I mean, we're talking about  $33,300 a year. Is that really all it takes for a scientific organization to sell its principles, its very "soul"?

These questions are even more to the point given, as the authors point out (ibid.):

"ExxonMobil’s systematic attacks on climate science are well documented. They have been detailed by our fellow scientists, as well as us—indeed, we ourselves have been targets of ExxonMobil’s repeated attacks. ExxonMobil’s assault on climate science has been documented in the scholarly research of historians and sociologists who have taken up the issue of attacks on science as a question of academic scholarship. The attacks have also been heavily explored by journalists, science advocacy organizations, and filmmakers.

What’s more, ExxonMobil’s attacks on climate science are not a thing of the past. A report by AGU members sent to AGU’s Board on 25 March 2016, ahead of their 6–7 April Board meeting, documented an exhaustive body of evidence supporting the fact that ExxonMobil “continues to generate its own misinformative comments, fund groups that promote climate science misinformation, and financially support more than 100 climate-denying members of Congress.”

Moreover, “despite stating publicly in 2008 that it would no longer support climate science misinformation, ExxonMobil has continued to make public statements disparaging the validity of climate science and to financially support others who do the same.”"

The most trenchant point of all is perhaps:

"It is precisely because ExxonMobil so clearly fails to meet the standard of this policy that more than 100 leading AGU members, including the three of us, were signatories to an open letter last February urging AGU to sever its ties with the company. The letter noted that “AGU has established a long history of scientific excellence with its peer-reviewed publications and conferences, as well as a strong position statement on the urgency of climate action. But by allowing Exxon to appropriate AGU’s institutional social license to help legitimize the company’s climate misinformation, AGU is undermining its stated values as well as the work of its own members.”

AGU must understand that this is not merely a matter of cosmetics or optics. The fact that money - in any amount - is being accepted from ExxonMobil, actually undermines credibility in AGU's position statement and its commitment to serious climate science.

At the same time this schizoid behavior may need a broader explanation. As Naomi Klein has noted ('This Changes Everything') while insurance and re-insurance companies are at the forefront of concern over climate change, i.e. Ms. Klein quotes  (p. 49)one Swiss re-insurer (Swiss Re Americas):

"What keeps me up at night is climate change."

Many still contribute "substantial sums of money" to climate denier think tanks like the Heartland Institute. Ms. Klein offers no convincing reason for such contradictory behavior, but it could well be explained by a divergence between individuals in a company and the opinion of the whole Board of Directors.  In any case, as climate change disasters ramp up this split will have to end, given insurers will be bleeding more and more money.

In any case, one hopes AGU will soon see the gross error of its ways and send these ExxonMobil spinners and their money packing.

Posted by Copernicus at 5:50 AM