New Atheists "Get It Wrong" - How So? 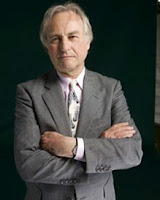 Richard Dawkins: author of The God Delusion, now being taken to task by Sean Illing for 'intellectual laziness' in responding to religionists.

Sean Illing in a recent salon.com article ('New Atheism's Fatal Arrogance:The Glaring Intellectual Laziness of Bill Maher And Richard Dawkins') tries to make the case that "New Atheism" is way off the beam and suffers from intellectual torpor. Illing writes:

"New Atheism became part of the zeitgeist, a well-timed reaction against religious fundamentalism. The New Atheists are notoriously pugilistic. In print or on stage, they never run from a fight. Whatever you think of their tactics, they’ve succeeded at putting fanatics and moralizers on the defensive – and that’s a good thing."

Damned right it's a good thing because we have taken tons of crap, epithets and insults from the hyper-religious for years, hell decades. Thus, it was only a matter of time before atheists collectively struck back - giving as good as they got.  The descriptor "notoriously pugilistic" is therefore not much use without also noting the pugilistic, hostile provocations that incepted it.

"But there’s something missing in their critiques, something fundamental. For all their eloquence, their arguments are often banal. Regrettably, they’ve shown little interest in understanding the religious compulsion. They talk incessantly about the untruth of religion because they assume truth is what matters most to religious people. And perhaps it does for many, but certainly not all – at least not in the conventional sense of that term. Religious convictions, in many cases, are held not because they’re true but because they’re meaningful, because they’re personally transformative. New Atheists are blind to this brand of belief."

In fact, this isn't strictly true. I've explored the basis for religious convictions in a number of previous blog posts, e.g.


Also, I explored the personally transformative aspect of religious beliefs in my recent book, Beyond Atheism, Beyond God, noting the appeal of emergent holistic God-concepts and how some of them (e.g. Brahman, Holomovement) could be reconciled with meaningful scientific tenets  - especially from quantum theory. Some aspects of this were explored in a number of other blog posts, e.g.

The key point is not all arguments are "banal" as Illing claims.

"It’s perfectly rational to reject faith as a matter of principle. Many people (myself included) find no practical advantage in believing things without evidence. But what about those who do? If a belief is held because of its effects, not its truth content, why should its falsity matter to the believer? Of course, most religious people consider their beliefs true in some sense, but that’s to be expected: the consolation derived from a belief is greater if its illusory origins are concealed"

Once more a valid point that I've conceded in sundry blog posts, as well as in my recent book. Therein I noted the "Camus conundrum" discussed by Greg M. Epstein ( Good Without God, p62) to do with Albert Camus’ novel, The Plague.  The essence is embodied in a question Camus’ character Jean Tarrou asks his friend, Rieux:

'Why do you show such devotion considering you don’t believe in God?'

Epstein put this in a contemporary setting, referencing a 2006 book tour by Richard Dawkins for his God Delusion. According to Epstein,  Dawkins was somewhat startled when a young man approached him and asked directly: "Dr. Dawkins, I am thinking of committing suicide, what do you have to say?   Epstein relates that initially Dawkins was so nonplussed he could think of nothing to say,  then suggested the young man (a student at Harvard) could go to the humanist chaplain or – if he’d been at , he could go to the Anglican chaplain.  In understandable astonishment, Epstein observed (ibid.):


"Is that the best we can do? Rage, rage against the dying of the Enlightenment then shoo our troubled youth back to religion because we’re too distracted or cerebral or both to spend a few minutes of our deep thoughts on being more loving and more helpful?"

I went on to point out:

Let’s be clear the Camus conundrum highlighted in modern form by Epstein isn’t just a problem for Dawkins.  I am certain that in a similar situation, all the current hard core crop of atheists (including those waging wars on Christmas) would be at a loss for words. Overly obsessed with combat against the "believers"  and their myths they'd have lost sight of the human dimensions.

Hence, my arguments and reasoning have been fully in tune with Illing's as when he writes :


"The point is that such beliefs aren’t held because they’re true as such; they’re accepted on faith because they’re meaningful. Consequently, they have nothing to say to those who affirm God for existential reasons.  The New Atheist writers tend to approach religion from the perspective of science: They argue that a particular religion isn’t true or that the empirical claims of religious texts are false. That’s easy to do. The more interesting question is why religions endure in spite of being empirically untrue."

And that is precisely the issue I addressed in my chapter  13 ('The Problem for Hard-Core Atheism-Reductionism' ) including  the Camus Conundrum and related issues, i.e. that Atheists of any stripe could not simply continue to harp on what they were against but had to state positively what they supported in the world, what they were for. This had special import in the socio-economic realm and I made specific reference to the Humanist Manifesto 2000 .

Atheists then were compelled to respond in some way to such socio-economic proposals and travesties as the "Ryan Budget", the "Ryan Medicare Plan" and overspending on defense (not to mention the Pentagon's inability to account for $1.1 trillion), when million of kids and families remained in poverty - due to Neoliberal policies and a warped system of economic justice. Atheists couldn't simply sit on the sidelines and wash their hands of the cultural and social battles raging in their midst. They had to wade in, or "lean in" as defined in much of the parlance today.


"Camus was an atheist, but he understood the instinct for transcendence. And he knew that God was a solution (however false) to the problem of meaninglessness. Against the backdrop of death, what matters more: truth or a reason for living? “I’ve never seen anyone die for the ontological argument,” Camus wrote, but “I see many people die because they judge that life is not worth living. I see others getting killed for ideas or illusions that give them a reason for living.” Today is no different; people continue to kill and die in defense of beliefs that give their lives meaning and shape."

Exactly so - and as I've pointed out, this desperate need for meaning in life is driven by specific brain centers. These brain centers, mainly associated with the OAA or orientation and activation area, are such that the person must give primacy to them in terms of honoring his or her beliefs. of this work has been done by Andrew Newberg, M.D. and his assosciate Eugene Daquill M.D.. Their main findings are published in their book, ‘Why God Won’t Go Away: Brain Science and the Biology of Belief’.
As the authors note: (p. 5)

“In normal circumstance, the OAA helps create a distinct, accurate sense of our physical orientation to the world. To do its job well….depends on a constant stream of nerve impulses from each of the body’s senses. The OAA sorts and processes these impulses virtually simultaneously during every moment of our lives”

So, in other words, without the benefit of the OAA brain region, we’d be essentially discombobulated vegetables, unable to even get out of bed in the morning. We wouldn’t know which end is up or down, or right from left, and certainly wouldn’t be able to find our way out of a room, far less walk through a downtown of any major city.

The authors’ investigation of how the brain’s OAA translates an image into a religious reality is described in detail in their book, on pages 121-22. This is in connection with a person given an image of Christ and asked to focus on it. Within minutes, neurological measurements show electrical discharges spiraling down from the right attention area (right OAA) to the limbic system and hypothalamus “triggering the arousal section of the structure”.

Now, we know the hypothalamus has both arousal and quiescent components. The authors’ test results and measurements actually showed that as the subject focused on the image of Christ BOTH were activated. As assorted cortical thresholds were crossed, a maximal stimulation (given by spikes in the SPECT scans) produced a neural “flood” that generated feedback to the attention association area.

To make a long story short, the attention area of the OAA was seen to begin to deprive the right orientation area of the OAA of all neural input not originating with the contemplation of Jesus. In order to compensate, and thereby preserve the neuro-spatial matrix (in which the self could still exist) the right orientation area had to default to the attention area focusing on “Jesus”. As the authors put it (p. 121):

They go on to note that as the process of cortical threshold "re-emphasis" continues, all irrelevant neural inputs are stripped away until the only reality left is Jesus.

IN other words once the OAA is activated toward a certain belief matrix and certain cortical thresholds are crossed, the person is hostage to his own biology in driving that belief. Presenting him with epistemological or ontological facts is useless because the investment in the belief is already too great to part with it - and if he did his OAA would deprive him of neural input and even balance to enable mobility.

"The New Atheists don’t have a satisfactory alternative for such people. They argue that religion is false; that it’s divisive; that it’s unethical; that it makes a virtue of self-deception; that it does more harm than good – and maybe they’re right, but if they don’t understand that, for many, meaning is more important than truth, they’ll never appreciate the vitality of religion."


And I agree for the most part this has been true for most "New Atheists" - but not all. I have strongly defended a person's right to embrace God-concepts no matter how far off from the "truth" they may be - in the interest of attaining personal meaning and transcendence - or what appears so to the believer. This trumps truth because the believer's very life and life quality is bound up with it - given the OAA dynamic described above.

"The New Atheists have an important role to play. Reason needs its champions, too. And religion has to be resisted because there are genuine societal costs. One can draw a straight line between religious dogma and scientific obscurantism or moral stagnation, for example. That’s a real problem. But if religion is ineradicable, we have to find a way to limit its destructive consequences. Satire and criticism are necessary, but they’re not sufficient.

No argument there. The question remains what will be the "right things" we encourage the religious believer to care about? I submit they need to achieve a practical translation beyond pure personal meaning. They need to activate that meaning into action in the real world.  That is why the precepts and objectives originally laid out in the Humanist Manifesto 2000 are so critical to tie in with meaning and the business of living - if for no other reason than to ameliorate the most radical extremes of religious expression - which are destructive to us all.

http://www.smirkingchimp.com/thread/eric-zuesse/62210/non-religious-population-is-soaring-in-america
Posted by Copernicus at 8:11 AM