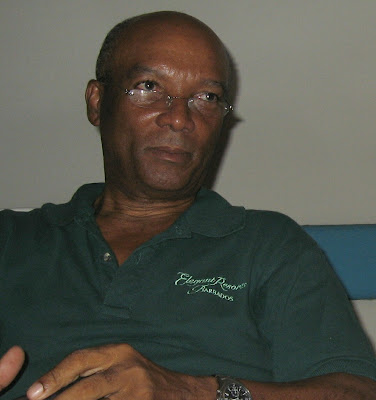 John Phillips - bio-geneticist in Barbados - believes Bill Nye is totally wrong after having changed his mind on GMOs.

The news that 'Science guy' Bill Nye  has changed his mind on GMO seeds-foods and now supports them, e, g.

was disturbing to say the least. According to Nye:

"“GMOs are not inherently bad.....My take on it now is genetically modified plants, in general– are not only not harmful, they’re actually a great benefit. However, you can’t just go planting enormous monocultures and killing everything and expect the ecosystems to take it.”

When Nye's change of mind was put to Barbadian bio-geneticist John Phillips, he was in disbelief.

"How can he bring up the issue of planting enormous monocultures and then accept genetically modified foods as beneficial when that is the central threat humans must be concerned with - especially given climate change?  As for the belief that GMOs will feed the world, that went down long ago. There's no evidence for that at all."

The issue of monoculture seeds and biodiversity is one of Mr. Phillips' specialties so he would be most au fait with the reality that without such diversity our crops won't be able to adapt to climate change. And if they can't neither can humans, because without adequate food our species will starve or cannibalize itself.

As Mr.  Phillips pointed out, industrial agriculture prefers uniformity to diversity because it means higher profits with less effort. Thus the use of genetically modified seeds for corn, soy beans and sugar beets. Also, the use of glyphosate to enhance herbicide efficacy in GMOs though as pointed out before, these have a spectrum of negative effects, e.g.

Back to the higher profits aspect, Mr. Phillips put it succinctly:

The most serious aspect? GMO seeds have since come to dominate the commodities market. We now have millions of acres of crops planted to resist the herbicide glyphosate, the active ingredient in Monsanto's Roundup. Companies like Monsanto then profit by selling the herbicides and the seeds for resistant crops.  Apart from spreading toxins, and undermining nutrients these genetically identical crops are bringing worldwide agricultural diversity and resilience to an all time low.

This is occurring at exactly the same time that climate change is ramping up with the CO2 concentration now at 394 ppm and being added at 2 ppm/ yr. If 450 ppm is the putative threshold for the runaway greenhouse effect (when all literal hell breaks loose) that leaves about 31 years for its arrival, assuming the rate of increase doesn't accelerate.

As Phillips puts it:

"When farmers select their seeds from each new generation, they are selecting for genetic diversity and regional adaptation. Thus, in a world facing brutal climate change, the diversity and adaptability of our crops is the foundation of our future security. GMO monocultures undermine that security and even Nye ought to be able to process that."

Is there an end run around this? Phillips suggests seed exchanges as "the first line of defense against the loss of biodiversity". Analogous to how a diversified stock portfolio offers protection against massive loss - say if one were to keep assets in just one or two stocks - seed biodiversity offers resilience in a rapidly changing climate..

Having already come down strongly in support of climate change, in a public debate, e.g.

It boggles the mind that Nye would fail to see the connection between it and loss of biodiversity on account of the spread of GMO monocultures.

John Phillips does, and he is hopeful Bill Nye soon returns to his original position in recognition of the fact that GMO seeds are not a good thing - for humans now, or in the future.
Posted by Copernicus at 7:44 AM