Be Still my Heart! O'Reilly Does a JFK Assassination Book! 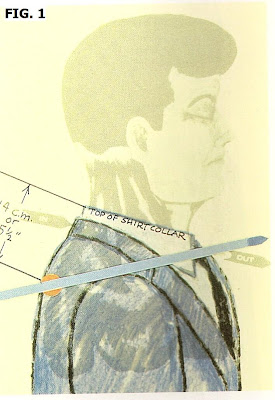 Left: Rear shot depiction from The Commission report, the fairy story which Bill O’Reilly believes. (The yellow coded track is the WC version). But anatomical placement by the surgeons referencing the actual back wound places it much lower! Along the blue track! Note that this was not the kill shot.

"How do we know that our own rational rejections of conspiracy theories are not themselves infected with beliefs so strong that they are, in effect, conspiracy theories too?"  - Matt Ridley in 'Maybe We're All Conspiracy Theorists', The Wall Street Journal, Sept. 10-11, 2011

So FAUX News’ Bill O’Reilly has written a Kennedy Assassination book! Entitled ‘Killing Kennedy” – the same title as a genuine investigative book on the assassination by H.E. Livingstone, it purports to leave no stone unturned in exposing the truth behind the crime of the century. In his interview in the recent AARP Magazine (Oct.-Nov., p. 40), O’Reilly even brags that an earlier book (‘Killing Lincoln’) has been circulated throughout schools in the US of A ..


Well, let’s hope to hell his latest work isn’t, or if it is - it’s only happening in the backward states that want to secede! Like Tex-ass, which already holds the lead in approving textbooks that reject evolution in favor of Intelligent Design, and reject the view that the North triumphed in the Civil War – over the one that the North killed a “hero” (Jefferson Davis)

He makes much ado over his contacts with FBI agents in the interview, e.g ibid.:

“Co-author Martin Dugard and I got access to four FBI agents whom J. Edgar Hoover had sent to Dallas right after JFK’s assassination with orders to find evidence for a conspiracy.”

But anyone with a brain not confined to his or her butt would immediately see that this is bollocks. Hoover, as I have noted before, was no friend of Kennedy’s and indeed even when he turned up evidence in late 1962 that the New Orleans mob and Carlos Marcello had plans to off Kennedy, he never informed the president. By any other word, this is known as treason. (See, e.g.: Mark North: 1991, Act of Treason: The Role of J. Edgar Hoover in the Assassination of President Kennedy ,Carroll & Graf Publishers).


Let’s also recall, or process( for those not as familiar with the details of the assassination as I am, after 38 years of investigation, basically summarized in my recent book: ‘The JFK Assassination: The Final Analysis’) that LBJ’s original plan was to set up an exclusive “Texas Commission” confined to his state, excluding any “outsiders” other than J. Edgar Hoover. This is emphasized by Noel Twyman in his superb book, ‘Bloody Treason’. Twyman remarks that when eyebrows were raised and not a few tongues, Johnson changed tactics and instead (ibid.):


So WHY on earth would O’Reilly expect us to trust those who likely actually had a hand in suppressing evidence, including removing a section of one of the curbs near the Triple Underpass where one witness (James Tague)  was sprayed with richocheting bullet fire, pointing out the curb. Researcher Harold Weisberg - 'Never Again!'-  has pointed out that within a short time FBI agents were dispatched and removed the segment for "analysis" in D.C.  Subsequently, it disappeared (like JFK’s brain) somewhere in Hoover's hive.


My point is that O’Reilly trusting these guys is a clear warning for the rest of us not do likewise, or trusting O'Reilly given HE trusts them! I mean, hell, if Jim Jones were to still be around and offer you purple kool aid would you take it? If Billy boy were to invite you into his "No Spin" zone would you oblige? Can we then agree that his Kennedy book is but an extension of his 'No-Spin zone' or as Bill Maher put it, "The O'Reilly Bubble"?

As for the Warren Commission, this farce is what O’Reilly claims to rely on for his "facts." But as I already showed in detail - see: http://brane-space.blogspot.com/2011/10/stephen-kings-new-scifi-tale-fun-but.html

the Warren Report really needs to be renamed to the “Warren Whitewash Report”. That was the entire aim of it, and Johnson’s objective in replacing his planned bogus “Texas Commission” – with a federal level political whitewash that would permanently remove any suspicions that LBJ had a thing to with events (despite having the limo dismantled and dispatched to Ohio, and getting rid of JFK's bullet-ridden suitcoat), and further, enable the spurious believers, spinners and promoters (e.g. Gerald Posner, in ‘Case Closed’, Vince Bugliosi in ‘Reclaiming History”, now O’Reilly in ‘Killing Kennedy’) to try to spin that the case is “solved” ….and oh yes, it’s been done with “facts”.

Yet none of those facts upon critical inspection has stood the test of time, hence each time one of these efforts is knocked for six, another stooge has to try his hand. It’s kind of like playing ‘whack-a-mole’.

Perhaps the most insightful take of all is from an actual O'Reilly fan, a Larry Mullins, who observes in his review of the book that O'Reilly doesn't even commence discussion of the assassination until page 245. Then, according to Mr. Mullins:

"O'Reilly and his coauthor played it safe and wrote a book that pretends the research and investigations between 1964 and 2012 simply never happened. Beyond this, what they did write about is rife with all the errors, assumptions, and grievously incompetent conclusions of the Commission Report. If Mr. O'Reilly's book had been submitted to a publisher by a non-celebrity, it would have been tossed in five minutes. "Killing Kennedy" is a colossal disappointment. Worse, it endangers the truth by assisting its submergence into fabricated history. "Killing Kennedy" is a disservice to the "folks" Mr. O'Reilly is supposed to be looking out for. Save your money. Or invest it in one of the more acclaimed books on the Kennedy assassination, such as The Last Investigation by Gaeton Fonzi"

Then there is the take from Harrison Livingstone in his serious book (alas by the same name, but don't be deterred from getting it), Killing Kennedy.  Regarding Gerald Posner’s effort (p. 282) he writes:

"It is a biased lawyer's brief and not a balanced work of historical research- part of a well-orchestrated program by major elements of the media to 'close the case'."

I'd warrant that pretty well the same thing could be said concerning O'Reilly's effort. My advice? Save your money! If you're at all interested in the case then get Gaeton Fonzi's superbly researched book - alternatively referenced by reviewer Larry Mullins, or get the OTHER Killing Kennedy by Harrison Livingstone, or purchase my own effort. (Just Google the title!)

One thing we don't need to do is add more fodder to O'Reilly's unreal world made ever more clear after the recent election. Professing history? Hell, more like comics!