Profile of a Pastor Mikey Follower 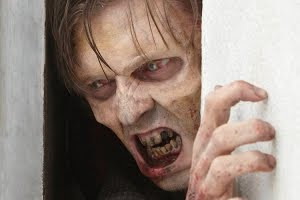 Having exposed the low level of insight, education and reading ability of Pastor Mike, it is instructive to also consider a typical follower, such as the bozo who sent him a recent comment. From examining the followers and backgrounds on his blog site, it is clear there are a number of commonalities:

-Low level of education, high school diploma -if that

-Living in a red state, probably one which didn’t change in the 2008 election, like Oklahoma or Arkansas

-Person that doesn’t travel much so has a provincial outlook

-Likely receiving some government handout, though he doesn’t see it as such.

Now, let’s get to this character (he signs off as ‘Anonymous’ but clearly he’s a long time follower)and parse his comment. He writes

That is disgusting that this Copernicus, atheist guy, has the gall and audacity to belittle a working person based on what he figures to be a menial wage, and because of someone making a lower wage or not at a top position is somehow regarded and uneducated or undeserving of any respect.

In fact, I didn’t "belittle a working person”. I made emphasis of the fact and irony that a low –end wage worker (which was what she was) could be supporting a group (Tea Party) propped up by the rich. Thus, contrary to his clueless take, I wasn’t disparaging the low wage but the fact a person earning a relatively low wage (compared to the Koch brothers) could support their agenda, which was antithetical to her own interests.

Was she deserving of respect? Of course! If she wasn’t I’d have totally ignored her! Again, the issue wasn’t her low wage station but rather being in that station and supporting the agenda of the RICH! The Koch brothers have made no secret that they are funding the Tea party and doing it precisely to keep their tax rates low. Meanwhile, poor workers suffer from having proportionate killer tax rates that eat up their meager salaries. THIS is the point I was making. Does he get it? No!


The guy goes on:

This guy Copernicus sure sounds like a real creep, and according to what your saying, Pastor Mike, on him living off his wife and never holding down a real job, this guy has NO room to criticize anyone about anything.

Note the sign of lack of good education, in writing ‘your’ instead of you’re (contraction of you are). This is what I am getting at, and again, it’s not to attack his lack of education per se but that this very lack is what keeps him and others of his ilk back, from understanding what’s going on with the Tea Party and their shtick.

He’s also an ignorant idiot, claiming that I am “living off my wife” when I actually have my own stream of income. As for "never holding down a real job", how does he know? Or again, is he just slobbering after Mikey's claim? In fact, I likely have held down way more “real jobs” than he has, including slogging through poverty conditions in the third world, and getting diseases in the process that he never heard of. SO who is this punk? Obviously just a know nothing punk.

Again, he also isn’t educated enough to discriminate between criticizing a person, and criticizing the exploitation of the person and her not being aware of what was happening. But how to explain this to a nincompoop and arrogant little ass? You can’t! He’s as bad as the Fox News clowns he watches all day!

Now, predictably, the class envy comes out, which is typical of Fox-bobbers:

“He sounds typical of most of the elitist type democrats, thinking they are the only one's who hold the key to an economic solution in this country.

Again, note the lack of grammar skill in writing “one’s” when it’s obviously plural (referring to many democrats), so ones. He also exaggerates by writing that Dems claim to be the only ones to hold the key to economic solutions. But they never claimed any such thing! Rather, they have consistently held up a mirror showing how rampant inequality and too low tax rates (on the rich) are breaking us. Even newspapers of note like The Financial Times (which he’d likely not recognize if it bit him in the ass) have noted the lack of REVENUE via higher taxes. That lack of revenue, not spending, is what largely has us in the current deficit fix.

In the same way, these ignorant people complained when Obama set out the $870 billion stimulus package in 2009, not understanding that the demand side of the economy – not the supply side- was the one needing infusion. Hence, the need to spend, not cut! Since no private companies were spending (to form jobs), no banks were lending and no consumers buying(how could they being laid off?) the government became the buyer-spender of last resort. 99% of all academic economists agreed that had Obama not acted we’d be in great depression, not recession! But try to teach the likes of him that! He blabbers on:

Anyone who knows anything of history knows full well that the democrats have done the most to destroy this country, and in the most major wars of the past. “

Here he makes an illogical claim, which is also inconsistent in context, since in his next paragraph- which I will show- he complains I likely never entered the military. Well, doesn’t the military conduct wars? So aren’t you therefore implicitly extolling warfare, since you extol the military? (Since you evidently prize enrollment or membership) Or, do you regard the military as a useful form of entitlement insurance once you do your time, no matter what that might be? Or is it a big ol' jolly fraternity to you?

The other logical error is in conflating wars with “destruction of the country”, when the consensus of nearly all economists is that it was precisely the WAR production during WWII which put the U.S.A. back on its economic feet from the Great Depression! The enormous industrial production of tanks, planes, ships put millions to work (“Rosie the Riveter” ) and infused economic life that had been mordant. SO what the fuck is he complaining about?

Had WWII not occurred, the U.S. would likely have remained in Depression. But he blathers on, part right and mostly wrong:

Woodrow Wilson, a DEMOCRAT, involved us in WW1.

True, and there is no defending that – since it was executed via a clever propaganda program ('To Make the World Safe for Democracy'), thanks to chief propagandist Edwin Bernays.(Who laid the later ground work by which networks like Fox operate! On PR!) Does he know what 'PR' is? Probably not any more than knowing what an independent stream of income is, say like an annuity or dividend!

Franklin D. Roosevelt, a DEMOCRAT, involved us in WW2.

Uh…..yeah….but recall the Japanese attacked us at Pearl Harbor. So, what’s he saying? That we ought to have turned the other cheek and not acted? Or…is he one of those conspiracy people who think FDR lured the Japanese into attacking us?
In any case, as I pointed out earlier, it was precisely the war production that brought the country back to life after the Depression. So in fact, one could say FDR saved the country, and turned the U.S. into the biggest economic powerhouse in the world! "Anony-mouse?" continues:

Lyndon B. Johnson, a DEMOCRAT, put us into Vietman for 10 years based on, guess what? The Gold of Tonkin lie.

Bravo! And we give him mark 2 out of 30 for getting a second fact correct! Unbelievable! Highest pro-Fox scorer ever! But he forgets or doesn’t say that LBJ also:

The last of which will likely benefit him or those he knows, mayhap even one or more of his offspring. Who knows? Anyway, fueled by chutzpah, he rambles on:

The above are the worst major wars, involving the largest number of war dead in this country, and for what, lying, conniving, democrats bought off by big war contracts to fill their pockets with the blood of American boys fighting.

Again – nothing here with which I disagree, so I award him a few more marks! Then he writes:

“I wonder what this Putz Copernicus did during his youth. Surely he never entered into the military. This kind of guy sounds like someone who couldn't run fast enough out of harms way.

Oh, and you didn't...run from "harm's way"? But how was that defined for you? Not tripping over telegraph wires? Then you weren’t in the harm’s way I was, in the Peace Corps facing parasitic worms, Leptospirosis from rats, Dengue fever from mosquitoes, and dysentery. Btw, I was also actually HELPING people, as opposed to knob-polishing, pushing code buttons on radios, or whatever. Note also his reference to not having entered the military when he just got done claiming that wars were created by lying and conniving and “big war contracts”.

So make up your mind, Buddy boy! Are you against wars or not? If you are pro-military (to the point of complaining or highlighting if someone didn’t serve), then you must be pro-War. So what are you bitching about those "big war contracts" for? Make up your damned mind if you have an independent one not spliced to Mikey's deformed brain. Finally he blabbers:

Now he uses typical liberal, democratic scare tactics to threaten those who may not know any better. He ought to leave this country if he doesn't like it and do everyone a favor.

Actually, they’re not “democratic scare tactics”, genius. The Ryan 10 year ("Prosperity") budget is validated by the non-partisan Congressional Budget Office. THEY – not dems- have projected that people under RYAN’S voucher Medicare make over plan will end up spending two thirds out of pocket for medical care. Don’t take my word, go and check out the CBO by googling.

Lastly, he enjoins me to leave the country if I "don’t like it", typical of Fox zombies and Pastor Mikey addicts. And I tell him like I told Mikey: I am a citizen and see what this country CAN be, and will try to make that happen so long as I draw breath. That means drawing attention to the country's major lapses (just as YOU do its wars, Anony-mouse!), political chicanery at the expense of the citizens, and the tricks of the rich (Koch Bros., Roger Ailes, etc.) to bamboozle those like him and set them against the rest of us. If you don’t like it, fuck yourself. Now there, I put it in writing. Maybe you and Mikey can walk together and take it to the bank!
Posted by Copernicus at 7:11 AM