Should Quantum Mechanics Be Taught to Undergrads? 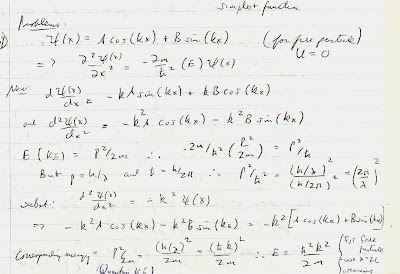 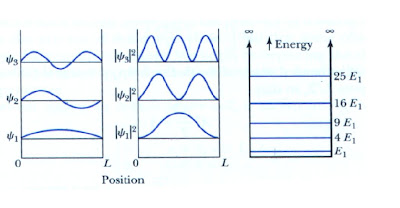 Personally, I don't believe so. Most undergrads even at the top universities are simply not at the level they can grasp it. Even Richard Feynman, while conducting his famous first year course at Caltech, complained about the difficulty of getting quantum concepts over to many of the students.

Of course, there will always be the select few with plenty of mathematics and physics background for whom the content won't present huge problems. But make no mistake they're in the minority.

When I taught the final semester of Calculus -based Physics in 1992, the final chapter had significant quantum mechanics content, including the basic Schrodinger wave equation, quantum square well, atomic energy levels, eigenvalues, probability densities and how to compute expectation values. Attached is one problem which I worked out for the class but which only 1-2 of them actually got. Most were stung by: a) not having the requisite mathematical ability (which makes one wonder how they managed to be allowed to go on from the earlier semesters) and b) not being able to conceptualize (despite numerous visual aids).

In the bottom diagram, one of the sorts of overlays used is shown. Shown are the wave functions (far left), corresponding probability densities (middle) and the associated energy levels for an "infinite square well".

Basically: The possible energies of the particle, called energy levels, are quantized. The integer n used to designate them, is called the principal quantum number.

There are n/2 de-Broglie waves capable of fitting into the well if the particle is in the nth quantum state.

At once the diagram captures the beauty and simplicity of quantum mechanics, in showing how energy is quantized in "jumps" as it is in the actual hydrogen atom. The tragedy is that even after resorting to numerous visual aids including film strips, few grasp it.

On the other hand, when the same thing is presented to graduate physics students more than 70% of them grasp it on the first pass. Why? It may well be the extra years invested in serious education enable them to become more familiar with the concepts, so the terms and their physical associations become second nature. It may also be that by this time they've taken so many additional mathematics courses (e.g. Advanced Calculus or Real Analysis - including complex analysis, and differential equations) that it takes a whole lot to stump them.

I just think that for the most part, it might be wise to restructure the physics curriculum for most schools to leave quantum mechanics as a graduate level course. If it must be introduced to undergrads, at least wait to senior year - and then, don't overburden them - say beyond the spherical harmonics needed to grasp the hydrogen atom.

Just my two cents as a former lecturer!
Posted by Copernicus at 2:04 PM

Your solution of "didactic gradualism" is indeed noteworthy and valuable - the only problem I see being the time constraints. When I taught the QM section for the Calc-Physics referenced in my post, I was under time constraints. In particular - informed by the powers -that-be to "cover every section in the text as we do not want to be sued!"

If I had about three times the time allotted, didactic gradualism might have been an excellent option.

Still, I do agree it's a worthwhile strategy if one does have the time to teach in quantized nibbles, as opposed to forcing indigestible gulps.