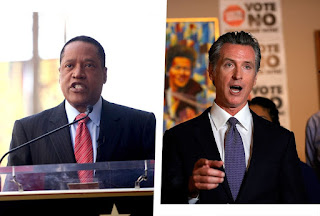 The  mainstream media this morning will mostly report that California governor Gavin Newsome won in a "blowout" in respect to the recall vote.  Let's remember this was a moron invention wherein voters who get PO'd at their choice (or vigilante- inclined repukes) try to "recall" an already elected official.  The worst aspect is that if voters vote 'yes' they then pick some Schmoe to take the sitting guv's place. The candidate with the highest percentage  of all then gets to be the next governor - even if it's only 14%.

Up until last month, as noted by Steve Kornacki last night, the pro-recall and no recall forces were almost even at 47% vs 51%.  Then the Dem politico establishment suddenly woke up and realized if it didn't fire up Golden State voters they could be looking at a national nightmare.

This time it was mainly the Right's pro -Trump, 'Big Lie'  loons who drove the recall effort.

Their main mistake, given too many Dem voters were content to sit on their butts going "ho hum", was to push Trumpie sycophant Larry Elder - a conservo talk show host- into the spotlight.  That one self-inflicted error was all the help Newsom needed to light a fire under the Dem voters (especially Latinos) and get them to cast their ballots.  What did Newsom use? Well, fear of course!  And fully justified.  Just imagine a black Greg Abbott running Sacramento - taking away women's a abortion rights using vigilantes like Abbott did in Texas-  and wiping out the minimum wage as well.

But that wasn't the worst of it.  This stupid Uncle Tom pawn of Trump also  suggested Women's March participants are too ugly to rape and argued that it's the descendants of slave owners and not slaves that deserve reparations.  When some in the left media then painted him as a de facto white supremacist the WSJ's Willam McGurn went off like a stink bomb in an op-ed today ('Gavin Newsome's White Privilege').  He insisted that never ever again can the left or Dems use the white supremacist label to tar anyone in the opposition.  In Willie's own words:

"If white privilege is a thing, Mr. Newsom is drenched in it. Mr. Newsom’s father was a well-connected state judge who once managed one of the trusts for the family of oil magnate J. Paul Getty. ....In sharp contrast, Mr. Elder is a talk-radio host whose father, a former Marine, took two jobs as a janitor to support his family before opening a small cafe. Mr. Elder grew up in South Central L.A., and his former high school was featured in the 1991 film “Boyz n the Hood.” If elected, Mr. Elder would be California’s first African-American governor.

So guess who’s the white supremacist in this race?"

Well, McGurn, Elder is -  given his pro-slave owner stance, which also proves he's the classic 'Uncle Tom'.  This is not even close to being rocket science, more like the proverbial no brainer.  I don't give a royal crap if Elder grew up along side a sewer, if he howls for slave owner descendants to get "reparations" he's no better than David Duke.

The lesson about this result is also to process that any Trumpie ass clown or clone will try to use the "Big Lie" if it suits his interests.  In Elder's case he was prepared to claim vote fraud even before all the votes had been counted.  The only thing that spared us from another ungodly electoral battle was the fact he ultimately got blown out.  But this is a lesson for the mid terms next year.  All the Repuke House candidates need to be blown out in their respective elections.  It can't be  close or they will claim voter fraud like Trump did in 2020.

Let the media talk blowout as they will - the same bunch who got hysterical and pilloried Biden for doing the Afghan pullout wrong. The sobering reality is we narrowly dodged a bloody disaster, and the moral of the story is we will likely have to use vast gigabytes of fear in the midterms as well. To remind short memory voters what these Reep insurrectionists and seditionists tried to pull last year - complete with graphic videos - and why they don't deserve political power. 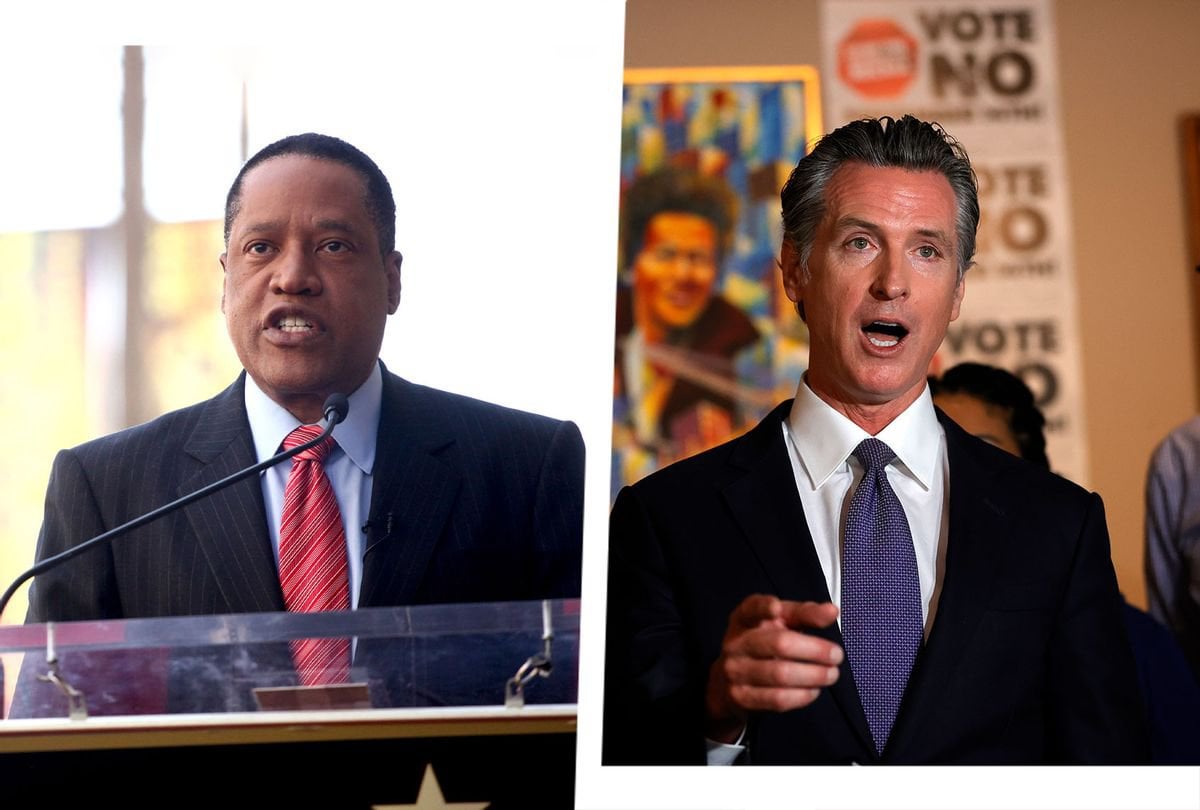 Republicans have given up entirely on the basic premise of democracy. They no longer think that politicians should try to appeal to a majority of citizens to win power. Instead, their focus is entirely on finding ways to circumvent public will and gain power anyway. In some states, this manifests as gerrymandering, outright voter suppression and even a new slate of laws meant to allow Republican officials to simply vacate the results of elections they don't like. In California, it's about forcing an off-year election in the most confusing way possible, hoping to hoodwink voters into accidentally giving themselves a Republican governor.

Posted by Copernicus at 9:45 AM