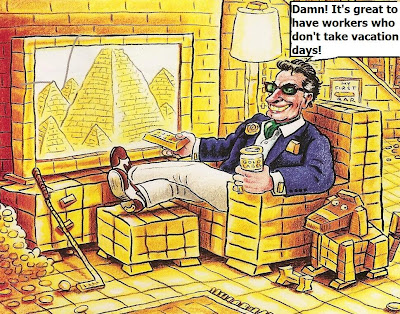 The news this morning that Raleigh, North Carolina drivers left hundreds of cars abandoned on major highways, and state police responded to 2,000 accidents, is beyond comprehension. Evidently, from an on the spot report by CBS' Wyatt Andrews from Raleigh, workers were expected to show up for work yesterday morning - even when it was known an ice storm approached, but were to be "released early".  The employers evidently  believing their charges would make it back home in time. Didn't these idiots see what befell Atlanta barely two weeks ago? Why didn't they have the sense to tell their workers to "just stay home"?

You do not just "escape" at the last minute from an ice storm! Once it begins to fall, you're screwed! It covers the highways, roads and critical friction is lost, making it near impossible to move. Having been exposed to at least two ice storms, one in Columbia, MD and another in Topeka, KS it is nothing to make bets on. The very news one is approaching means you get your ass off the road, stay inside and remain calm.

In other words, the memo is that you always err on the side of caution. If you're a school superintendent that means you close schools, no ifs, ands or buts. If you're an employer, you inform your employees no need to come to work. So why did Raleigh's businesses have workers come in, as opposed to telling them not to worry?

I do not buy that they were caught 'off guard'. The experience of Atlanta two weeks ago was already fresh in mind or should have been. Also, as the  current storm moved to the NE they would have known Atlanta's businesses already ( the day before ) had told workers to stay home- so why didn't Raleigh's companies do likewise?  The only conclusion is that the greed heads still thought they were operating a slave plantation, and they demanded 'face time' at least part of the day - to ensure their precious profit margins didn't shrink too much.

So, they were prepared to put their workers in harm's way to save a buck. And not one of them evidently wanted to be the first to break rank and tell employees not to come in - to instead stay home, stay off the roads and be safe.

But this is all part of an ongoing corporate tapestry to squeeze every last ounce of work out of employees. It's why American workers now put in an average of 3 weeks more per year than their counterparts did in 1973, and it's why diseases like the stomach bug, aka norovirus, spread - because employers are too chintzy to give workers sick days. If they take a day or two off because of non-stop vomiting - well, they're either fired or they lose their pay for time missed.  So... far better to get customers sick, as at restaurants, and then spread it all over tarnation than to give some down time.

It's also why telecommuting has fallen off.  The vast majority of bosses simply don't trust workers to get the job done at home - despite the fact it would save nearly a half million gigatons of carbon being deposited in the atmosphere each year.

It's also why Americans, despite having 10-14 days of vacation days, don't take most of them. "Boss man" wants them in or doing skypes or whatever, so hey....don't go too far near the beach!  Recall the MONEY report from Jan.-Feb., 2012,  with statistics compiled by Hotwire, American workers were leaving nearly $126 billion total "on the table" (or if you will, in the hands of their employers, companies as unpaid labor) as the value of their total vacation days left untaken. This amount was based on the average of 6.2 days of vacation left unused per worker.

This is absolutely insane! No wonder so many workers are going psycho and engaging either in violent behavior, or shooting up drugs or drinking themselves into oblivion.

As the Money report pointed out, this doesn't even begin to assess the full value that these employees are giving away. Add in the health care spending by stressed employees (mainly those who choose not to take their full allottment of vacation days) and it amounts to "2½ times the figure for nonstressed co-workers" who DO take the days coming to them. This stat from the Health Enhancement Research Organization (ibid.).

If an employee then earns $36,000 a year for generating a service or whatever other labor, and yields 6.2 days of his vacation time to the Boss Man, this translates to roughly $150 per working day assuming 20 such days per month. Then 6.2 days given up per year on average amounts to $930.
The there is the Mother Jones piece: All Work and No Pay on how corporations have actually sped up their processes to wring more productivity from workers, while not increasing their pay. Slavery anyone? 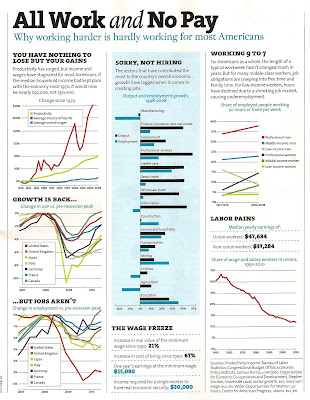 Few American bosses or companies, understand - alas, that they would get more from their workers if they chose to respect the workers' time more. That includes allowing time off for illness, allowing time off to care for a family member - both preferably paid, and allowing workers to take their entitled vacation days without fretting they will be fired or lose a promotion.

Finally, bosses ought to be aware and gracious enough to tell workers not to come in   - not even for a frickin'  morning - if an ice storm is on its way that will put them at risk.

The companies in Raleigh NC ought to have known better than to have put so many tens of thousands in harm's way as opposed to coughing up some of their damned profits.

Let's hope they learn in the future!