"Hobo Cities" Growing - So Why Don't The Billionaires Help Out - Like In Tulsa, OK? 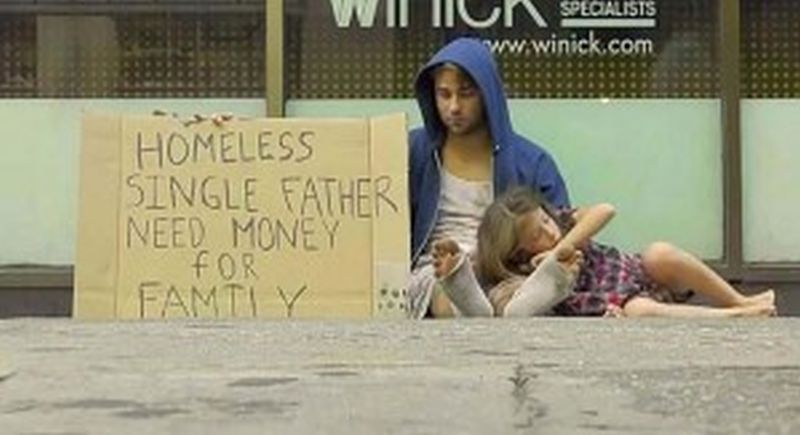 As a humanitarian crisis (homelessness)  grows in the wealthiest country in the world, most of the media attention still goes to Trump and his staged PR stunts, braggart claims, lies and "firing back" at the House Dems almost every day by deranged tweet.  It is almost as if the media is being driven by tweet as they repeat every psychotic piece of drivel he brain farts.

Trump has so overwhelmed politics that most of what passes for dialogue consists of his shouted lies, insults and threats and the Democrats’ scattered efforts to respond to them.  Most often in tepid, wimpy ways- such as castigating World Series baseball fans yesterday (at Nationals Stadium)  for booing the traitorous maggot and yelling "Lock him up!".  True to form, too many clueless, Milquetoast Dems still believe when Dotard goes low they need to go high - thereby exposing themselves to being kicked in the groin.

The media, as I've consistently pointed out, is almost no help at all - as we beheld with Trump's claims of bringing down Baghdadi when as a NY Times report notes, that achievement was in spite of Captain Bonespurs not because of him.

I confess that to an extent the ongoing crisis and drama also obsesses me.  Each morning I turn on cable news for the latest evidence of Trump’s insanity. I read the morning papers (WaPo, NY Times, Financial Times), drink coffee and then Janice and I share our separate insights into how best Trump can be brought to heel like the rabid dog he is.

But I digress, because none of this is related to the growing homeless population across our nation and especially in the cities, e.g. San Francisco.   What one does notice is that the reactionary finance media (e.g. WSJ) tend to blame the cities and the homeless themselves for their predicament.  A case in point is the recent editorial "California's Hobo Paradise", WSJ, Sept. 24, p. A16) where we find the basic issue of exploding housing costs is generally ignored, instead blaming California voters for not being tough enough on crime, i.e.:

"California's homeless rate began climbing in 2015 after voters approved a referendum effectively decriminalizing drug possession and theft...Many low level criminals and addicts have been  released onto the streets."

In other words, throw the bums in the hoosegow for being addicts, or stealing an apple or loaf of bread or milk for a starving kid.

The WSJ goes on:

"The Ninth Circuit Court of Appeals last year also made it harder to remove people from the streets."

Here's a newsflash: how about removing people from the street to secure housing where they can forge a life, get clean of drugs and begin to resolve mental and physical health problems?  This is what Tulsa, OK did - according to a study conducted by the Colorado Springs Gazette. The paper  found the input of local billionaires and other money men immensely helped in moving thousands of the city's homeless from the streets to housing where they successfully stabilized their lives. (More than 60 percent success rate.)  We learn, for example, from the Sept. 25 piece,  how billionaires in the city donated money to support housing units for the homeless:

"The presence of multiple well-heeled philanthropists in Tulsa - and those donors' penchant for giving large sums of money to the social service sector - is what separates that city from others.  Most of the Mental Health Association of Oklahoma's units were purchased over the last ten years after the non-profit raised  $65.5 million.  Three quarters of those donations came from private donors and nearly half ($30m) from a single philanthropic organization, the Anne and Henry Zarrow Foundation."

The piece goes on to note the motivation of these Tulsa philanthropists:

"Homelessness and mental health have been top priorities for them, as well as for Henry's brother Jack Zarrow."

"Without that kind of philanthropic investment, replicating anything similar is a long shot, say Colorado Springs nonprofit leaders. "

The piece then cites the Springs Rescue Mission which has struggled for years just to raise the final $2.25 million needed to complete its first one- of- a -kind campus for housing homeless.  The Gazette partly blames Colorado Springs  "white hot housing market" where - as I noted before-  the average wage earner doesn't even make the $22 / hour needed to get a decent apartment.

Furthermore, "complexes that sold for $50,000 or $60,000 a unit now routinely go for well over $100,000 a unit."   This puts them totally out of reach of general public charity donations. Well, because those of us in that category - like yours truly and wifey - can afford maybe a few hundred dollars a year, but not the millions needed to house all the city's homeless.

As the article goes on to note: "Housing costs across the state increased by 77% over the past decade as newcomers flocked to the state", see e.g.

Too Many Coming To Colorado Are Ruining The State

The effect has caused housing prices across the Front Range to "skyrocket".  Meanwhile, "wages have inched up a mere 4.5% in the same time".

Our own home, for example, has increased in value by 85 % since 2000 when we bought it. Other homes on the more preferred western side of town (e.g. Mountain Shadows) have shot up even more, some past 150-200%.  The resulting mortgages make it nearly impossible for anyone to purchase who isn't earning at least $100k a year. Not surprisingly, homelessness grows by the day or month as more people fall through the cracks, whether from an addiction, or losing a home to foreclosure because of a health problem or a job loss.  This lays the basis for a cycle of homelessness owing to stress.  As Sarah Barnes, manager of the Colorado Children's Campaign notes:

"One of the big connections between housing instability and mental health is around chronic stress."


Hence, people tossed onto the streets for whatever reason, continually experience more stress which makes them more likely to turn to drugs or alcohol and less likely to get off the streets. It is a vicious circle.  By contrast, more affordable housing - or low cost units provided by philanthropy - mean fewer people hostage to the vagaries of food and shelter insecurity - as well as health problems- thereby reducing the generational cycle of poverty. The latter often cause traumas that lead to poor mental health and more homeless people. Evidently, the WSJ editors have no clue about that.

On the other hand, one of the local voices (Lee Patke)  quoted in the Gazette piece admits:

"It's not that we don't have the capacity for those that are interested."

So okay, where are the big shot money men who should be interested?  What about local billionaire Philip Anshutz, the guy that owns the Gazette as well as the fantastically upscale  Broadmoor, e.g


Anshutz - like the Zarrows in Oklahoma-    could easily afford to donate $30- 40 million to local social needs and housing, such as has been done by the Tulsa philanthropists. Why doesn't he?  He could solve - via  construction of more housing units- the homeless problem in the city in a  heartbeat, like it's been proven solved in Tulsa.  And as for San Francisco, why aren't the Silicon Valley billionaires helping out there to reduce the "Hobo paradise" problem? Again, they could afford to do it like Tulsa's own Zarrow family, but the question is why they choose not to.

"It's not a conservative or liberal issue.  It's a humanitarian and economic issue".


Trumpian Attacks on Homelessness and California Are Utter and Total Poppycock
Posted by Copernicus at 9:09 AM