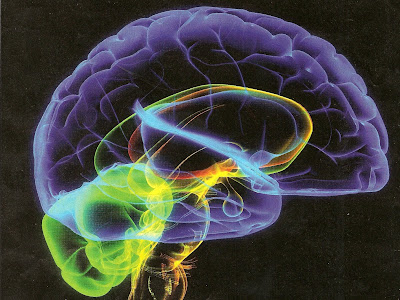 At first the instances of being unable to name specific items were just plain annoying. For example, two days after the recent cryo procedure:  "Janice would you hand me the bottle of those pain killers, the ones that start with T, small blue pills".

The bottle to which I directed Janice's attention was labelled Tylenol but I couldn't think of the word. Other instances then occurred over the next week to  ten days and I began to start to panic. Until I Googled "memory loss after general anesthesia".

Then I learned (via researchers at the University of Toronto's Faculty of Medicine)  anesthetics can cause long-term memory loss, a discovery that can have serious implications for post-operative patients.   At first Janice was skeptical but then I posted a link to the University of Toronto research, and that 1 of 3 people that are put under using anesthesia seem to have these problems.

Again, as I posted on 2 weeks ago, I had the focal cryotherapy procedure which required about two and a half hours under general anesthesia. See:


This has actually been the third time I've had general anesthesia in a little more than a year. Let's also be clear here that going "under" say for a surgery is not the same as going to sleep. For one thing, there are no dreams. It is as if you're in a kind of timeless limbo then come to, with no evidence at all of what happened in the passing hours because you aren't conscious of temporal passage. In fact, what you are in is a "pharmacologically induced coma".

Until now, scientists haven't understood why about a third of patients who undergo anesthesia during surgery experience some kind of cognitive impairment -- such as memory loss -- by hospital discharge.  This is distinct, by the way, from the usual grogginess and mental fuzziness which is to be expected. (Why, for example, right after the 3D biopsy I asked the RNs to convey the catheter change and care instructions to Janice, because I wasn't able to process anything. Their words came out as nonsense because I'd only come out of it 30 minutes earlier. Call it immediate "anesthesia brain")

But no, the cognitive impairment is distinct and occurs after the immediate "drunken" kid of state subsides.  As I said, it reveals itself in memory loss, especially in use of words you had command of previously. But now you are reduced to saying "Please pass that whatchamacallit."  (Maybe a casserole dish with mac and cheese.)

Some may wonder how, if that's the case, I still manage to write blog posts in which the language appears not to "drop out" or appear with irrelevant words, etc. But, in fact, I've had to work much harder since my latest procedure - frequently googling the only words I can think of  - then looking for more fitting synonyms (or expressions)  to take their place. Also, the task of concentration to stay on point or in focus is more challenging. Apart from this, making lists to start the day becomes essential.

No fewer than one-tenth of patients still suffer cognitive impairments three months after having general anesthesia. Why?  It turns out that the chemicals used (e.g. fentanyl)  activate memory-loss receptors in the brain, ensuring that patients don't remember traumatic events during surgery.  I recall before my 3D biopsy the anesthesiologist asking if I was sure I didn't want versed to ensure I had no "bad memories". I said I was positively certain as I'd had a bad round with versed before,  during a 1996 colonoscopy.

Professor Beverley Orser and her team at U. of Toronto found that the activity of memory loss receptors remains high long after the drugs have left the patient's system, sometimes for days on end.
Animal studies showed this chain reaction has long-term effects on the performance of memory-related tasks.

According to Prof. Orser:

"Patients -- and even many doctors -- think anesthetics don't have long-term consequences. Our research shows that our fundamental assumption about how these drugs work is wrong,"

In the study -- led by Ph.D. candidate Agnes Zurek -- the team gave healthy male mice a low dose of anesthetic for just 20 minutes and found that receptor activity was increased for a week afterwards. These results suggest the same effect can impact a patient's learning and memory during a time when they're receiving critical information about their care.  As I said earlier, this assuredly applied to me with the Foley catheter instructions after the 3D biopsy and why I had to have them re-directed to Janice.

"There's a lot going on after surgery, which can alter our ability to think clearly. Loss of sleep, new environments and medications can all impact a patient's mental function. Anesthetics likely compound these issues,"

Which I found to be spot on correct. I mean,  they already have you loaded up on sedatives (via an IV) even before they put the mask on for general anesthesia. Then, after you surface, you have to be given pain killers (like hydrocodone) for the post-surgical pain. The mix isn't designed to help with attention or mental acuity.  (In the days following I told Janice I felt my IQ had dropped about 15 points.)

Dr. Orser recommends physicians and family members carefully monitor patients after surgery for any signs of memory loss, adding:  "Patients should write everything down or have a second pair of ears with them after surgery. For high-risk groups, physicians need to inform patients about these possible side effects and help manage the impact on recovery and overall health,"

It turns out the likelihood of a patient experiencing cognitive impairment depends on their age, health, type of surgery and the anesthetic, with chances increasing for more intricate procedures. The incidence is highest in the elderly or those undergoing major surgery such as cardiopulmonary bypass.

"Anesthetics don't put you to sleep -- they induce a pharmacological coma. We shouldn't take these drugs lightly,"

Orser and her team are currently looking at drugs that can stop the receptors and restore memory loss. While they are still in the early stages of research, they say some of the drugs show very promising results in animal studies.  The cited study here was published in the Journal of Clinical Investigation
Posted by Copernicus at 8:15 AM

Nice post content is impressive to read ,Thanks for proving some helpful information.Hope you will keep on sharing articles.
This provides good insight. You might also be interested to know more about generating more leads and getting the right intelligence to engage prospects. E-Healthcare Lists implements new lead gen ideas and strategies for generating more leads and targeting the right leads and accounts.
Anesthesiologist Mailing List