"Yes, James, you're gonna get fifty of my best for those climate lies!"

It was quite remarkable seeing Weather Channel presenter Kait Parker pummel climate troll denier James Delingpole into submission, after he misrepresented a weather channel segment she did. He integrated it into his pseudo-scientific claptrap about "record cooling"  on Breitbart - the venue for all who believe in fake news.  If anyone deserved a paddling at the hands of Ms. Parker, Delingpole certainly did.  As one UK Guardian columnist put it: "He puts a wrecking ball through any claims the denial lobby might have to being civilized, intelligent or serious, His followers act as an echo chamber, magnifying his nastiness. Between them they alienate anyone who might want an informed debate".   Hmmm.....sounds a lot like Google groups in forums where the JFK assassination is under discussion. Too many trolls and 100:1 noise to signal ratio.

I also had cited this kook before in reference to why so many clueless libertarians in Intertel buy into the climate denial motif. I specifically cited a WSJ article (Nov. 28, 2011) 'Climategate 2.0", p. A13, Delingpole wrote at the time. He claimed that a new release of emails showed that "top scientists in the field fudging data, conspiring to bully, and silence opponents and displaying far less certainty about the reliability of anthropogenic global warming theory than they ever admit in public"

Delingpole  named  Phil Jones of the University of East Anglia, and Michael Mann of Penn State University. This, despite the fact that three separate independent investigations found the researchers to be guilty of nothing more aberrant than academic hubris, some mild snark and poor decision making. The last investigation conducted for 6 months under the severe scrutiny of Sir Muir Russell, e..g. 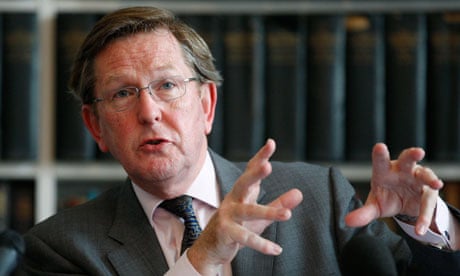 who found that the "rigor and honesty of the climate scientists at the Climate Research Unit (CRU) of East Anglia were not in doubt."  The Muir report panel did say the scientists'  responses for reasonable requests for information were "unhelpful and defensive". Those interested can read more of the details here for the  Muir Russell report .

The takeaway point was that NONE of the climate researchers were guilty of the "data manipulation" accusations that Delingpole hurled .

As to why Delingpole is now getting the metaphorical business end of Kait's "paddle", one must refer to the recent Delingpole codswallop (via fake news emporium Breitbart.com) that embedded one of her videos into an article that claimed that Earth was actually cooling, not warming. Ms. Parker wasn't about to have that.

Sickeningly, even the House Committee on Science, Space, and Technology tweeted the specious Breitbart article.  Produced by Weather.com, Parker used the actual scientific evidence to completely shut down Breitbart's story. The video came with this caption on YouTube: "Note to Breitbart: Earth is not cooling, climate change Is real and please stop using our video to mislead Americans."

Parker's video, along with an extensive article on Weather.com, systematically picks apart all of Breitbart's arguments. For example, she talks about how you have to factor in both land temperatures and water temperatures to get an accurate measure of Earth's climate. When you do that, instead of just looking at land temperatures, you get record highs, not lows. And then she showed satellite footage of massive ice glaciers melting to prove her point.

The Weather Channel rarely, if ever, gets political, but Parker said she had to speak out when Breitbart actually used her work to promote their  dubious agenda.  She said: "Here's the thing: Science doesn't care about your opinion. Cherry-picking and twisting the facts will not change the future, nor the fact—note, fact, not opinion—that the earth is warming."   Fantastic, now please deliver fifty more swats to his behind that they may ultimately reach his brain.

Delingpole and Breitbart didn't take long to respond, but the puerile nature of the response was itself laughable. Something one would expect from a juvenile who never had cracked open a thermal physics book in his life.  Indeed, as early as January of this year, Skeptical science (the venue for true skeptics) challenged Delinpole's cherry picking tendencies in terms of temperatures, observing:

Delingpole goes on to speak of "the alarmists’ preference for the land- and sea-based temperature datasets which do show a warming trend – especially after the raw data has been adjusted in the right direction".  What he carefully glosses over is that the combined land-ocean temperature adjustments reduce the trend relative to the raw data, and have minimal effect on the 1979 to current trend. "He then accuses the video of taking the line that "...the satellite records too have been subject to dishonest adjustments and that the satellites have given a misleading impression of global temperature because of the way their orbital position changes over time."  That is odd given that the final, and longest say in the video is given to satellite temperature specialist Carl Mears, author of the RSS satellite temperature series, whose concluding point is that we should not ignore the satellite data, nor the surface data, but rather look at all the evidence (Not just at satellite data from 1998 onwards).  With regard to Spencer and Christy, Andrew Dessler says (4:00):


"I don't want to bash them because everybody makes mistakes, and I presume everybody is being honest..."

Yet Delingpole finds contrary to this direct statement that the attempt is to portray the adjutments as dishonest.   Delingpole's claim is a bit like saying silent movies depict the keystone cops as being corrupt."

Well no,  they don't. The universal thread linking all species of climate deniers is that they neglect the fact climate science is stochastic not deterministic (like celestial mechanics), which means they hold data accuracy to the wrong standards. They also tend to focus only on skewed data that appear to make their case. In order to achieve a measurement disclosing that Earth's average global temperature is increasing, there's a lot of "sausage making".  First, scientists must combine thousands of measurements from Earth's surface, taken by land instruments, ships. buoys and orbital satellites.

Second, each of these has its own random errors, all of which must be identified. Not only must researchers comb through the data to eliminate these errors, they must also correct for any differences in how each type of instrument measures temperature. Always margins of error are given, but in most cases the deniers blithely ignore these.

In the case of the noted Thomas Karl paper I'd previously cited in accord with highest temperatures up to that point (in 2015) e.g.

- collecting ocean water in a bucket and measuring its temperature directly

Each technique records slightly different temperatures in the same region so scientists have to adjust the data. In the past couple decades the number of buoys has increased - adding 15% more coverage to the ocean. But because buoys tend to read colder temperatures than ships at the same locations, a measurement bias is introduced which must be corrected for. This was recognized by the researchers and so the primary task set out by Karl et al was to correct for the bias by adding 0.12C to each buoy temperature.

By then combining the ocean data with improved calculations of air temperatures over land around the world, Karl and colleagues found that overall global surface warming over 2000-14 was 0.116C per decade or more than twice the estimated 0.039C starting in 1998 that the IPCC had reported.

Do the denier trolls process any of this? Hell no! Which is exactly why they deserved the business end of Ms. Parker's "paddle".

I wish you the best with your health. Hang in there. The world is a better place with you and your work. Watch the Three Stooges. Nothing helps healing quite like laughing and it is possible to laugh. My wife is a cancer survivor. So I am not entirely unknown to the path you walk.

Darrin Rychlak
PS: I'm a WI resident so I really understand your Milwaukee comments and observations. I'm a south sider.

Thanks for your well wishes, Darrin. 'The Three Stooges' is actually a good idea! I sill have a boxed set from two years ago I got for Xmas that I haven't opened yet. Now is a good time before the scheduled 3D biopsy next month.